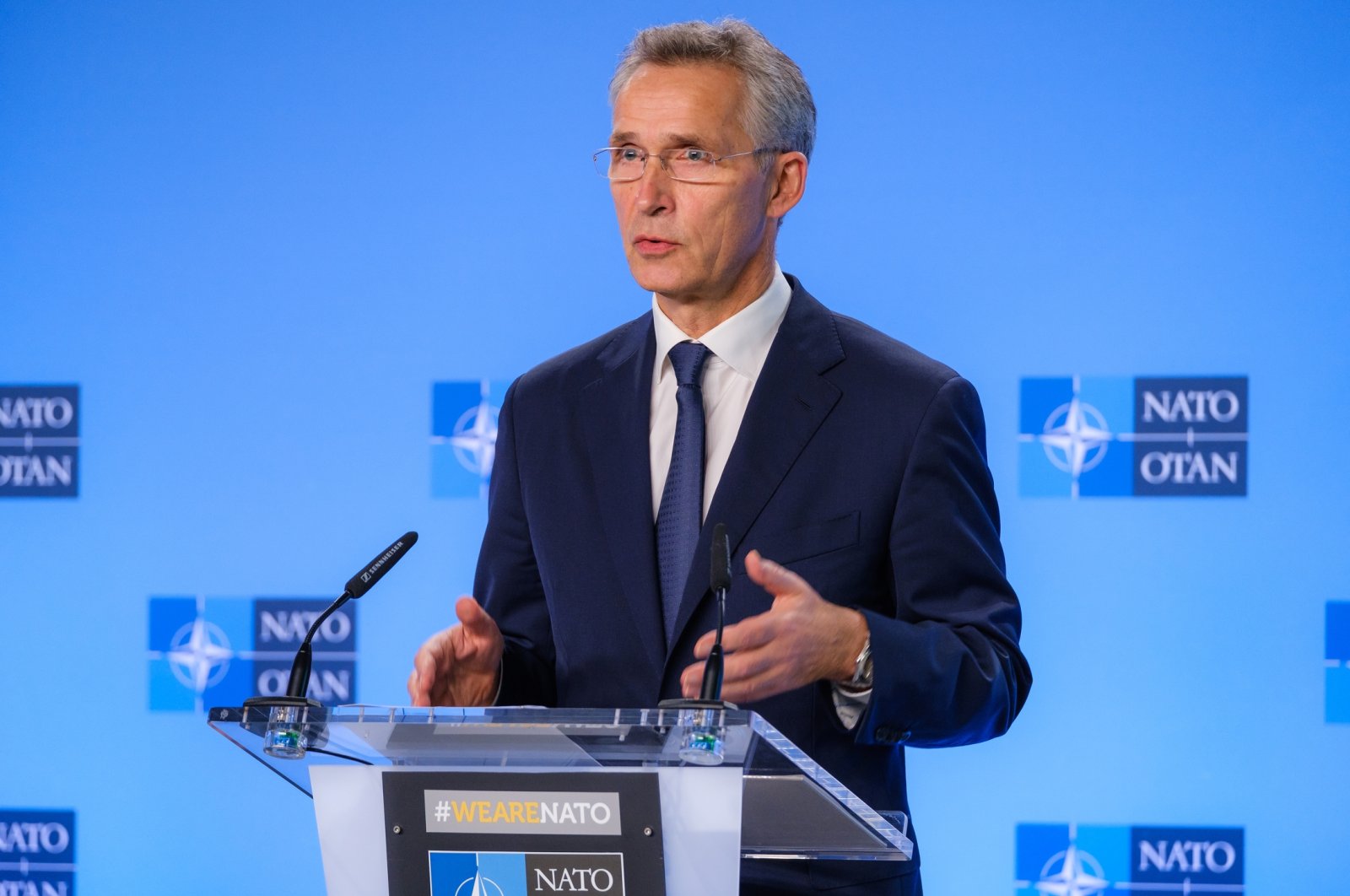 "I can confirm that both Greece and Turkey have decided to cancel military exercises, which were planned for next week on their national holidays," Stoltenberg said at a press conference following the NATO defense ministerial meeting.

"I welcome deconfliction. I welcome the cancellation of the two military exercises, the Greek and the Turkish exercises, partly because of reduced risks for incidents and accidents but also because it helped to pave the way for negotiations on the underlying problem," said the NATO chief.

"And I welcome also the efforts of Germany to facilitate and to help these negotiations to start, and I hope their exploratory talks can start as soon as possible," he added.

NATO members Turkey and Greece have been at odds over conflicting claims to hydrocarbon resources in the Eastern Mediterranean and overlapping views on the extent of their continental shelves. Ankara accuses Athens of pursuing maximalist policies in the region and underlines that its maritime claims constitute a violation of Turkey's sovereign rights.

On Thursday, Stoltenberg also said that Turkey and Greece are meeting daily at the NATO headquarters in Brussels in an attempt to resolve disputes in the Eastern Mediterranean.

"Greece and Turkey meet on the daily basis here at the NATO headquarters. I think one of the advantages of NATO is that we provide a platform for our allies to meet and to discuss (issues) on a daily basis," Stoltenberg told the news conference.

Noting that the talks on the de-confliction mechanism were developed during the technical meetings between the two neighboring countries, Stoltenberg said: "I think that's important because this is for us a technical military issue, where we need to make sure that you have the tools to prevent incidents and accidents."

He said that the ministers expressed "strong support for the NATO de-confliction mechanism" in the Eastern Mediterranean and that avoiding loss of lives at sea and in the air "is a heavy responsibility," which should not be placed on the shoulders of captains and pilots operating in the region.

"It is for us as politicians to do everything we can to resolve these disputes at our level."

The mechanism is designed to reduce the risk of incidents and accidents in the Eastern Mediterranean and includes the creation of a hotline between Greece and Turkey to facilitate de-confliction at sea or in the air.

Recalling that the 24/7 hotline was established between the two countries using NATO safe and secure networks, Stoltenberg added: "We are now looking into how we can further expand and strengthen this mechanism."

He also welcomed the "flexibility" of Ankara and Athens to establish such a mechanism.

Stoltenberg said the military de-confliction mechanism may not solve the disputes but that it can provide the "space for political discussion."

"And I hope it can pave the way for exploratory talks under German auspices as soon as possible," he said.

Most recently, Turkey's Defense Minister Hulusi Akar on Tuesday voiced support for more meetings under NATO, as well as for the fourth round of talks between Turkey and Greece, two of which had been in Athens and one in Ankara, so far.

He reiterated Ankara's support for a resolution to the dispute in the Eastern Mediterranean and Aegean seas through dialogue and under international law as well as good neighborly relations.

Akar asserted that Ankara was on the side of peace, dialogue, political resolution and negotiations, adding that exploratory talks with Greece should continue. Exploratory talks refer to having bilateral dialogue during which the parties have a critical, but also a constructive, approach to each others' opinions.

These talks continued regularly up until 2016. However, since that date, both due to the political conjecture and the Greek side's reluctance, there have not been any new rounds. However, Germany's efforts to mediate between the two countries renewed hope of restarting the talks.