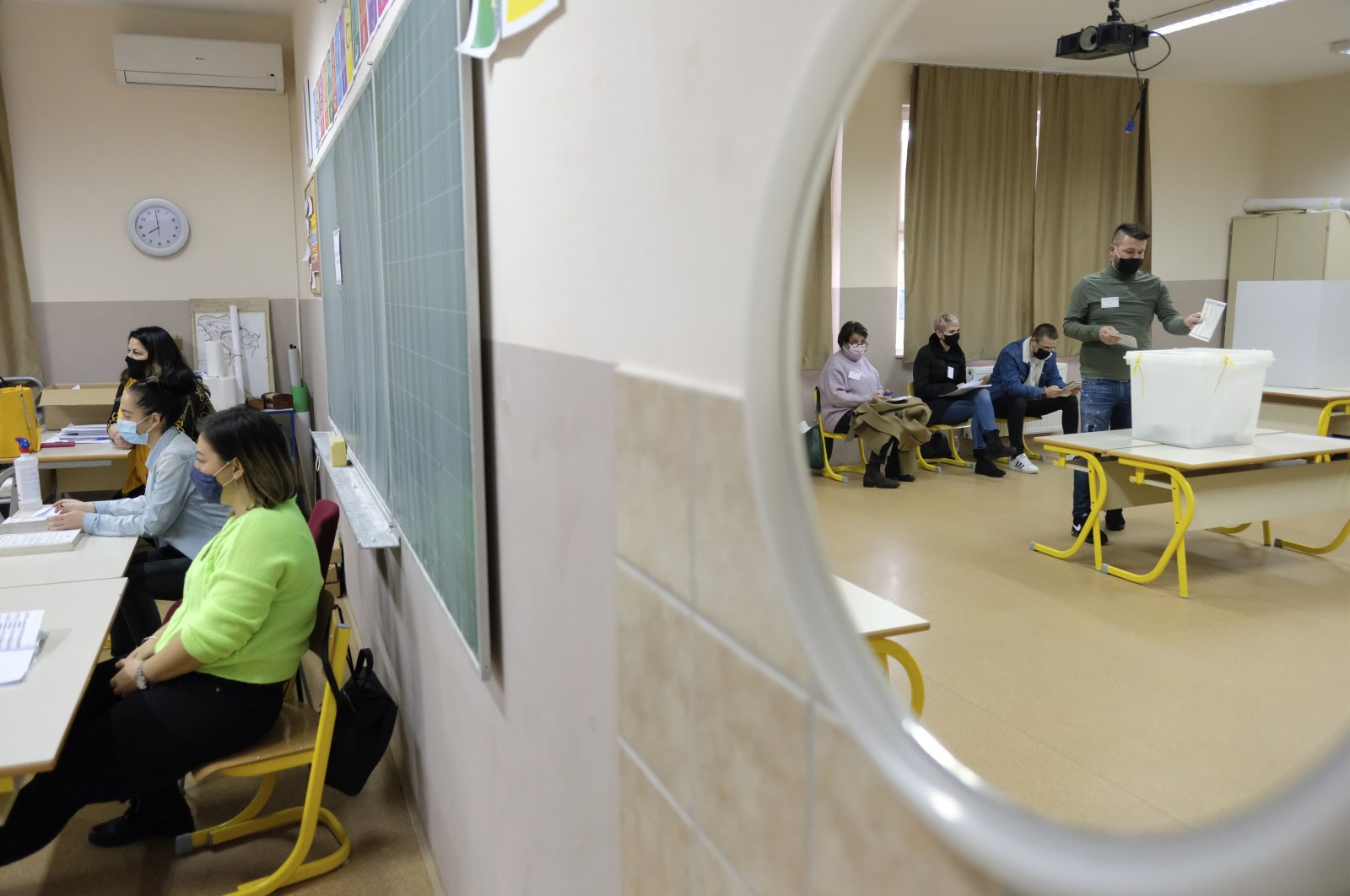 The reflection in a mirror of a man casting his ballot in the local elections at a polling station in Mostar, Bosnia-Herzegovina, Dec. 20, 2020. (AP Photo)
by Anadolu Agency Dec 21, 2020 10:12 am
Edited By Nurbanu Tanrıkulu Kızıl
RECOMMENDED

Turkey on Monday hailed the local elections that were held in the historic city of Mostar in Bosnia-Herzegovina after more than a decade.

"We welcome the first local elections in Mostar in 12 years that were held in a peaceful and calm atmosphere," the Turkish Foreign Ministry said in a statement, referring to the polls held Sunday.

In June, the country's main Bosniak and Croat parties reached an agreement to hold a vote in the ethnically divided city.

Turkey will continue to support the development of Bosnia-Herzegovina "in unity and solidarity," it added.

After 2008, citizens were due at the polls in 2012. However, due to disagreements in the House of Representatives, a court declared the city's electoral law unconstitutional.

This has led to severe management issues in the city that has been administratively divided into six municipalities equally between Bosnians and Croats since the 1995 Bosnian War.

In 2004, former High Representative for Bosnia-Herzegovina Paddy Ashdown initiated an effort to bridge differences between the two sides by issuing a new statute aimed at establishing a single municipality in Mostar.

But regulations could not be confirmed or put into place due to opposition by Croats who feared Bosnians having equal or possibly more rights in Croat parts of the city.