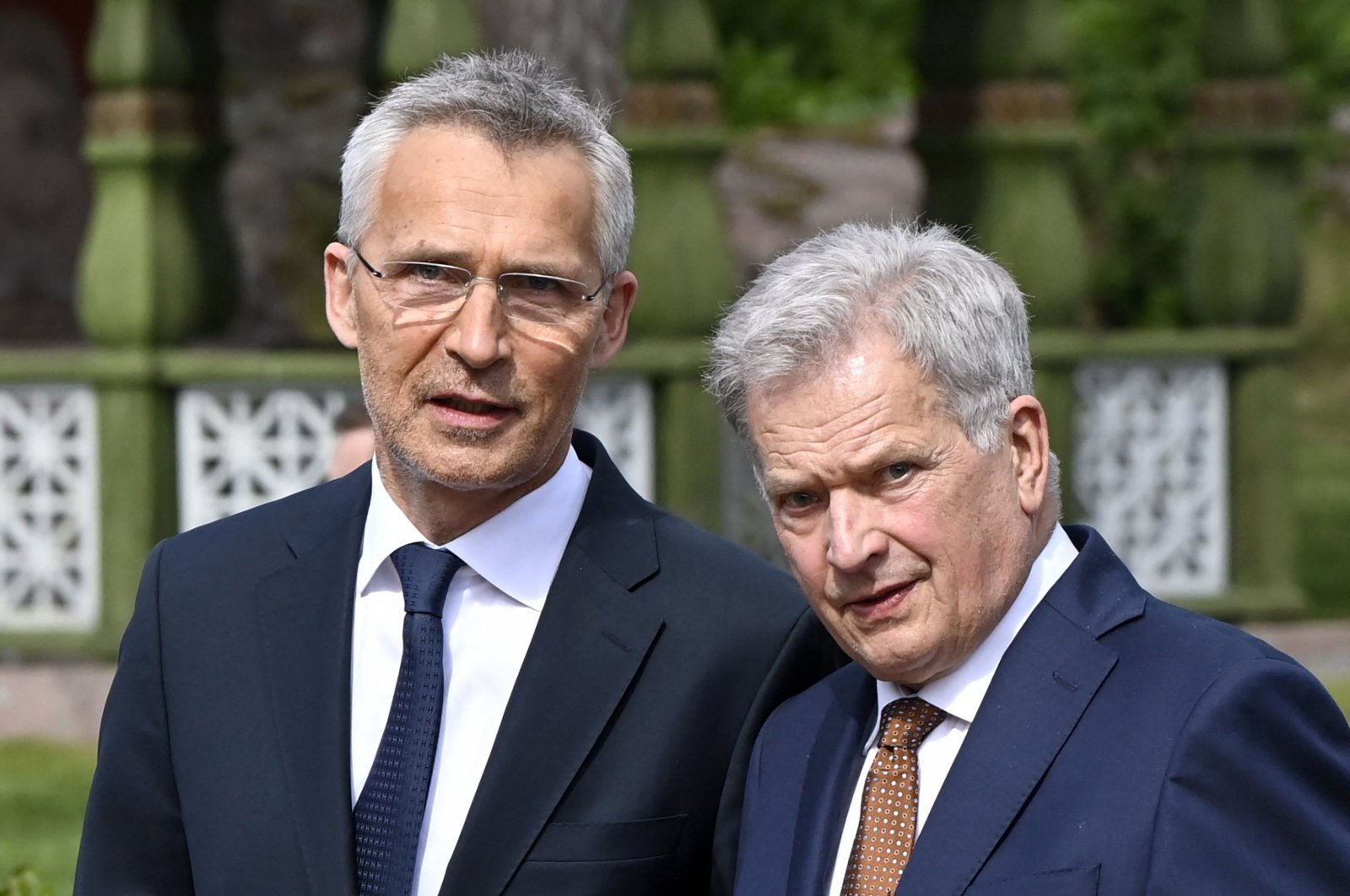 Security concerns raised by Turkey in its opposition to Finnish and Swedish NATO membership applications are legitimate, the Western military alliance's Secretary-General Jens Stoltenberg said in Finland on Sunday.

Stoltenberg, visiting Finland's President Sauli Niinisto, said it was important to note that no other NATO ally had suffered more terrorist attacks than Turkey, and that therefore its concerns needed to be taken seriously. He also pointed to its strategic geographic location with neighbors like Iraq and Syria.

“These are legitimate concerns. This is about terrorism, it’s about weapons exports,” Stoltenberg said. “We have to address the security concerns of all allies, including Turkish concerns about the terrorist group PKK.”

“When a vital key ally as Turkey raises concerns on terrorism then of course we have to sit down and take them seriously. And that’s exactly what we do,” Stoltenberg said.

Stoltenberg and Niinisto said talks with Turkey would continue but gave no indication of progress in the negotiations.

"The summit in Madrid was never a deadline," Stoltenberg said, referring to a NATO meeting in Madrid at the end of June.

Sweden and Finland applied to join the Western defense alliance last month in response to Russia’s invasion of Ukraine, but their bids have faced resistance from Turkey, which has accused them of supporting terrorist groups.

While the two Nordic countries have said talks would continue to resolve the dispute, Ankara said it had not received any responses to its demands, including stopping support for groups Turkey considers terrorists, lifting arms embargoes on Ankara and extraditing suspects it seeks.

Any bid to join NATO requires backing from each of its 30 members. Turkey, which has been a NATO ally for over 70 years, has said it will not change its view unless the Nordic countries take “concrete steps” about its concerns.

Stoltenberg said during a visit to Washington that he would convene senior officials from Finland, Sweden and Turkey in Brussels in the coming days to discuss the issue. NATO leaders will convene on June 29-30 in Madrid.

In late May, Turkey hosted consultations with Swedish and Finnish delegations in Ankara on their NATO applications. Erdoğan said the meetings had not been “at the desired level.”

Ankara's main demands are for the Nordic countries to halt support for the PKK/YPG in their territory and to lift their bans on sales of some arms to Turkey. Ankara says the arms ban against an ally is inappropriate for prospective members of the security pact.