Turkey holds conference on int’l cooperation against pandemic for ambassadors 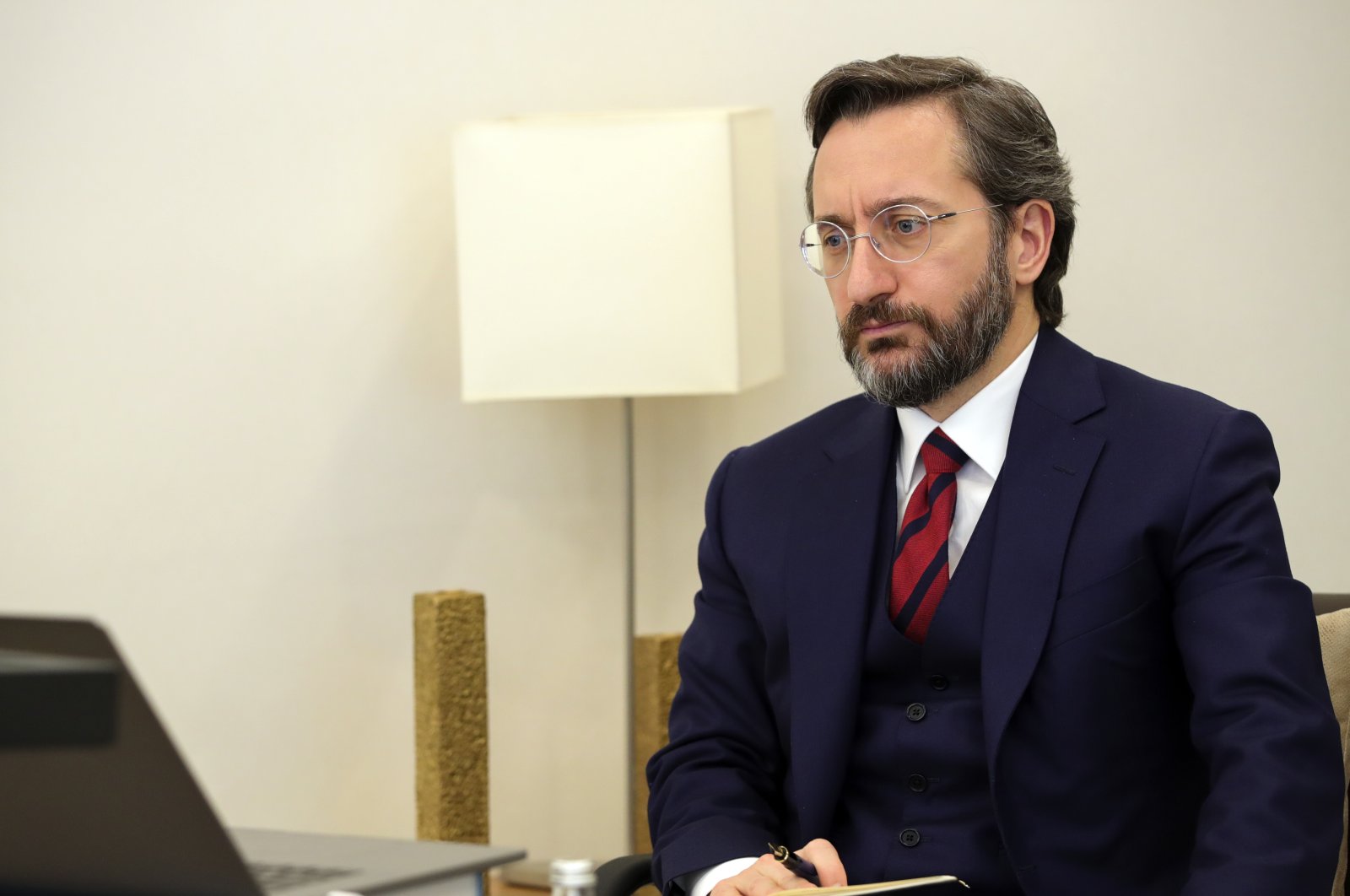 Turkey has not turned its back on countries in need while it protects its own citizens during the global coronavirus pandemic, Presidential Communications Director Fahrettin Altun said Wednesday.

“Our country has done its part regarding the humanitarian duty in this period and has responded to the aid demands of 30 countries within the possibility of its capacities, including the Turkish Republic of Northern Cyprus (TRNC), Republic of China, Spain and Italy. Similarly, we have carried out the delivery of 116 respirators, the export of which was previously banned, taking into consideration the severe conditions in Spain last week,” Altun said during a live videoconference on “COVID-19 Experiences and International Cooperation in the Fight against the Pandemic" with the participation of Turkey’s Ambassadors to Beijing, Rome and Seoul.

“Just as we planned our fight against the pandemic before the virus reached our lands and planned all scenarios separately, we've also been making plans regarding the period after the pandemic,” Altun added, noting that Turkey had scenarios planned for the new world order and transformations of the international system.

He pointed that the conference’s main aim was to raise awareness on how other countries fighting the pandemic managed the process, discussing the recent developments and measures taken against it while the effects on the relations of countries where Turkey’s ambassadors worked and Turkey were also evaluated.

“With this event, we want to contribute to the discussions on the fight against the coronavirus pandemic which continues both in our country and in the world,” Altun said.

He also underlined that the number of patients in Turkey recovering from the virus has reached 1,600 as of Tuesday evening.

Saying that even though the number of cases in countries with strong health care systems can be high, Altun said that the number of deaths can be held at a minimum by giving patients extensive treatment options.

“It is possible to say that investments made to health and social security systems since the president’s time as prime minister, have prepared Turkey against today’s threats in the best way possible,” he stated.

Altun also highlighted that President Recep Tayyip Erdoğan was continuing to utilize diplomacy for the fight against the coronavirus. He reminded that the president had a videoconference with the leaders of Germany and France while he was the first leader to suggest handling the pandemic at an international level.