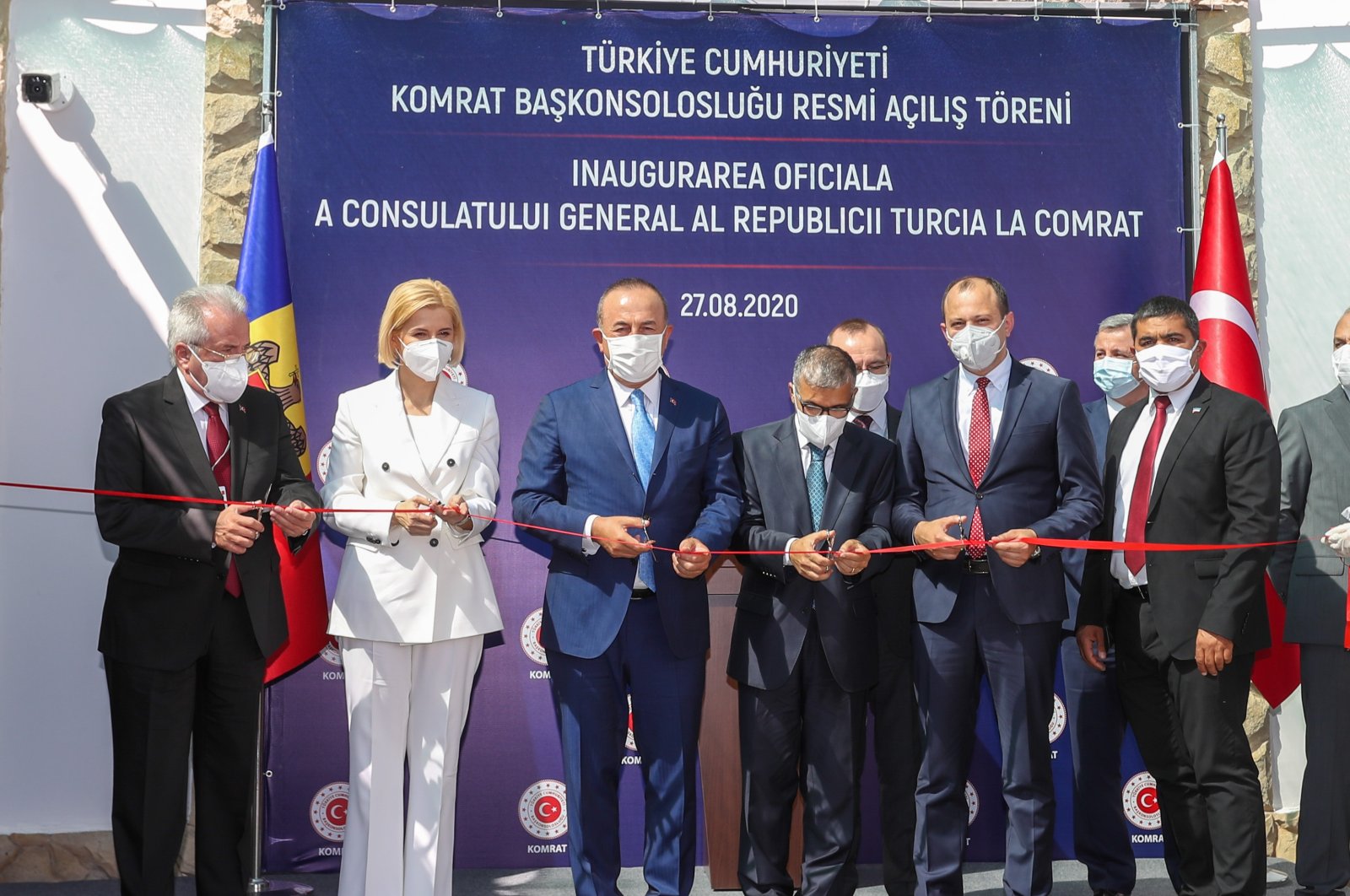 Turkey opened a new consulate general in the capital province of Moldova's Gagauzia autonomous region, Comrat, on Thursday, becoming the first country to ever open a consulate in the region.

Visiting Moldova in relation to the country's 29th anniversary of independence, Çavuşoğlu expressed his gratefulness especially to his Moldovan counterpart Oleg Tsulya. He also noted that Turkey was one of the first countries to recognize Moldova's independence and since then, bilateral ties have reached a strategic level.

"This consulate general will even strengthen our ties with both Moldova and Gagauzia. This consulate will not only serve our citizens living here or traveling here. This is a house for the Moldovans and our Gagauzian brothers as well. It will serve all of us. Feel at home," Çavuşoğlu said.

In December 1994, Moldova's Parliament offered some 160,000 Turkic Gagauz people within their borders a large degree of autonomy in order to create a favorable environment for maintaining national identity and culture.

President Recep Tayyip Erdoğan visited the Gagauz autonomous region as part of his official visit to Moldova back in 2018 and highlighted the importance of historical and cultural ties between the Turkish and Gagauz people.

Gagauzia Gov. Irina Vlah said during the inauguration ceremony that the opening of the consulate general is a major step for both the region and Moldova.

"We needed this," she said, adding that Turkey has always been there for the Gagauz people.

"Cultural, social and economic ties between the two societies reached the highest level; cooperation has flourished," Vlah said, adding that Turkey's investments in the region contributed majorly to its development.

Highlighting the potential in the ties, she urged further cooperation, saying, "We should go further, together."

Moldovan Foreign Minister Tsulya also stated the importance of hosting Çavuşoğlu on such an important day.

"This visit proved the level and quality of our countries' strategic partnership," he said.

"Gagauzia is working as a bridge between Turkey and Moldova," he added.