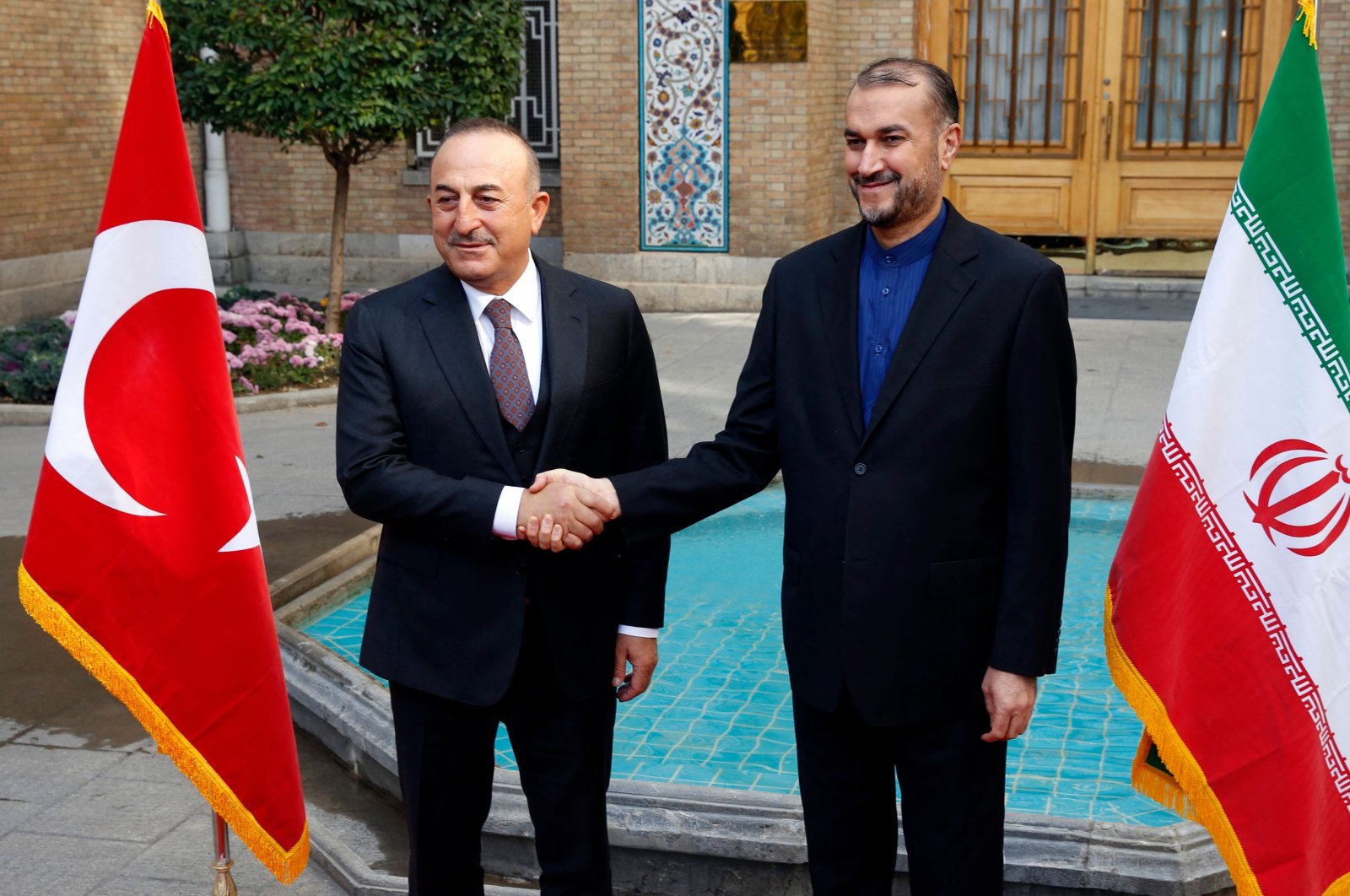 In terms of human trafficking, terrorism and security we believe that there is much we can do, Foreign Minister Mevlüt Çavuşoğlu stated Monday during a joint press conference with his Iranian counterpart Hossein Amir-Abdollahian in Tehran, as he underlined that Turkey and Iran aim to develop both regional and global cooperation.

"We want to improve our deep-rooted relations with Iran, and our cooperation in other global issues as well as in our region," he said.

Underlining there are important developments in the region, Çavuşoğlu said: "For this reason, it is more important than ever that we continue our dialogue and cooperation on regional issues. Afghanistan is one of them. We must continue to work for a political solution in Syria. Iraq is our neighbor. There are developments in the Gulf, the problem in Yemen continues, we desire to work closely with Iran on these issues, especially the 3+3 format, for the stability of the South Caucasus."

He also expressed the two countries' satisfaction with the peaceful elections held in their joint neighbor Iraq.

"I think we can make a significant contribution to the stability of Iraq as two countries. We will continue our cooperation in the Astana format in Syria. We would like to hold meetings both at the level of leaders and at the level of foreign ministries in the coming period," he added.

Regarding Afghanistan, Çavuşoğlu also said the two countries both aim for permanent peace and stability in Afghanistan.

"When we look at regional issues, our views overlap with Iran on many issues and we are concerned about the current situation in Afghanistan. The humanitarian crisis, on the one hand, economic distress, on the other hand, there are difficulties. It is our desire (for Afghanistan) to establish an inclusive government," he said.

Noting that bilateral relations were discussed in detail, Minister Çavuşoğlu said: "Today, together with my brother Hossein and our delegations, we also reviewed the preparations for the seventh meeting of the High Level Cooperation Council, and upon Iran's proposal, our delegations will work to determine our roadmap for long-term comprehensive cooperation."

Most recently, the interior ministers of Turkey and Iran last month signed a memorandum of understanding designed to prevent the terrorist and illegal activities the countries face, particularly along their borders.

Faced with a new potential migrant wave due to the instability in Afghanistan, Turkey has maximized measures on its eastern border with Iran. Turkey is continuing efforts to bolster the security of its border with Iran to prevent any migrant influx in the face of the recent developments in Afghanistan. The beefed-up border measures in Turkey, which already hosts nearly 4 million Syrian refugees and is a staging post for many migrants trying to reach Europe, began as the Taliban started advancing in Afghanistan and took over Kabul following the United States' withdrawal.

Turkey is not the only country putting up barriers. Its neighbor Greece has just completed a 40-kilometer (25-mile) fence and surveillance system to keep out migrants who manage to enter Turkey and try to reach the European Union.

Turkey has been a key transit point for asylum-seekers attempting to cross into Europe to start new lives, especially those fleeing war and persecution. Concerns have risen over a possible spike in migrants from Afghanistan, due to the U.S. pullout from the country and the following surge of Taliban attacks. Turkey has made it clear that it will not bear the burden of the migration crises experienced as a result of the decisions of third countries.

The Iranian foreign minister elaborated that the two discussed regional and international issues, including Afghanistan as well as building trust, joint mechanisms to speed up cooperation, investments and the private sector – “where there is great potential between the two countries.”

“The relationship between Turkey and Iran is historical,” Abdollahian said and added that both sides will focus on how to maintain it.

Trade was kept at a high rate despite the COVID-19 pandemic, the minister said.

Expressing that they will establish joint mechanisms to accelerate the relations between the two countries, Abdollahian said: "We agreed to prepare a roadmap for long-term cooperation between Turkey and Iran. We will start diplomatic negotiations on this issue. We will conclude this during Mr. Erdoğan's visit to Tehran, and the memorandum of understanding will be signed between the two countries."

“We believe that unilateral sanctions toward Iran are wrong,” Çavuşoğlu said on the other side.

Çavuşoğlu will visit Lebanon on Tuesday and is expected to discuss bilateral relations as well as steps to further ties along with regional and international developments.

Turkey’s top diplomat is expected to be hosted by the country’s president, the parliament head and prime minister beside his counterpart.