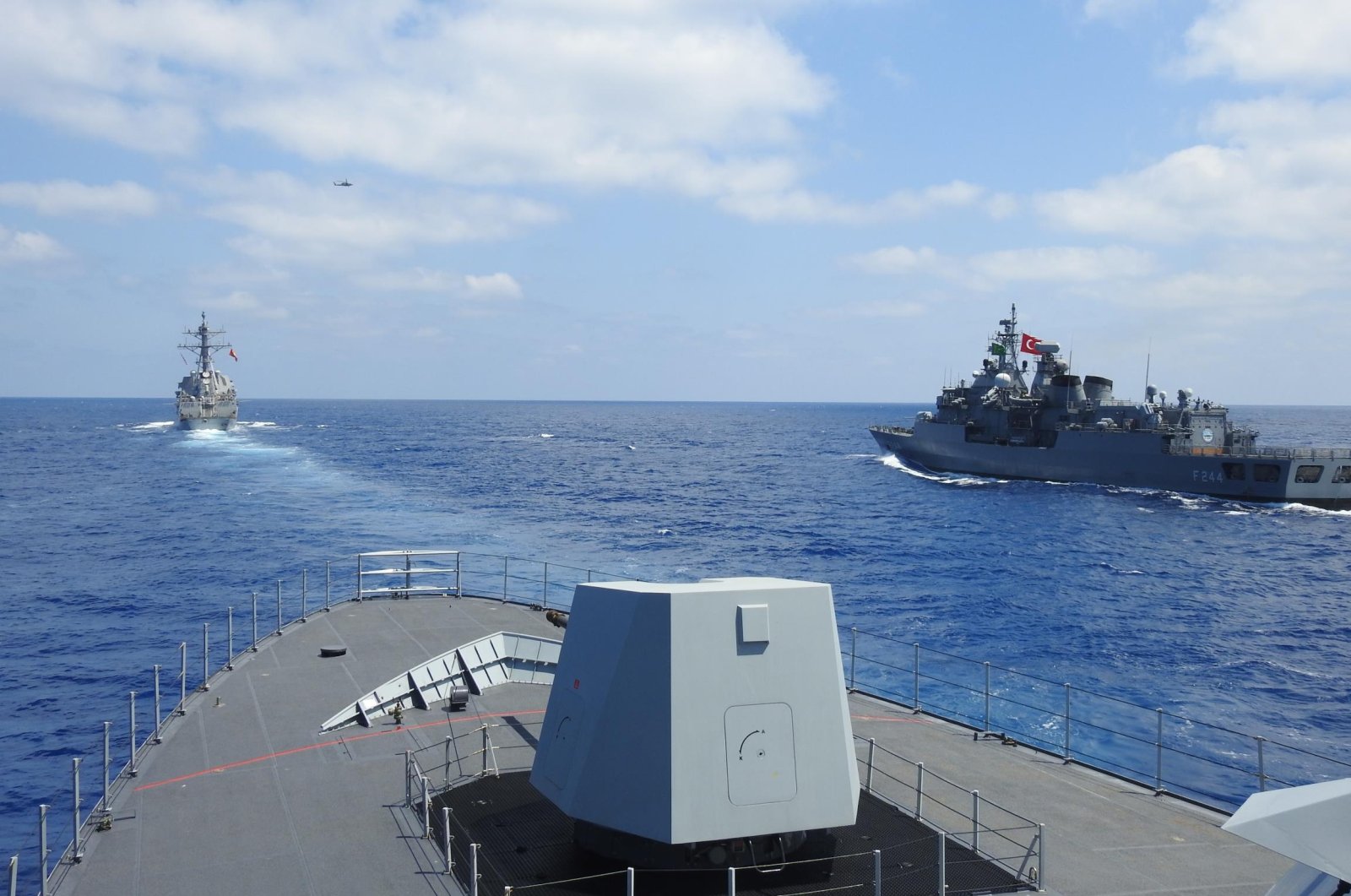 Turkey issued a new navigational telex (Navtex) saying that it will carry out live-fire gunnery exercises in the Eastern Mediterranean on Tuesday and Wednesday, Sept. 1-2.

The Antalya Navtex Station made the statement Thursday, according to the Turkish Naval Forces Office for Navigation, Hydrography and Oceanography (OHNO).

"Turkey’s recent Navtex alert on gunnery drills has to do with security and safety off the coast of Iskenderun in the Eastern Mediterranean," Defense Minister Hulusi Akar told Anadolu Agency's (AA) Editor's Desk.

The Turkish navy carried out military exercises south of the Greek island of Crete in the Eastern Mediterranean on Tuesday, hours after Athens announced it would also conduct navy and air force drills in the region where Ankara is prospecting for oil and gas, as the uneasy neighboring countries remain locked in a dispute over offshore energy rights.

Greece on Monday said its live-fire exercises would start Tuesday and end Thursday, southeast of Crete.

Turkey’s Oruç Reis research ship is being escorted by warships as it surveys for oil and gas in the area. Turkey announced Sunday that the seismic vessel would be continuing its work through Aug. 27.