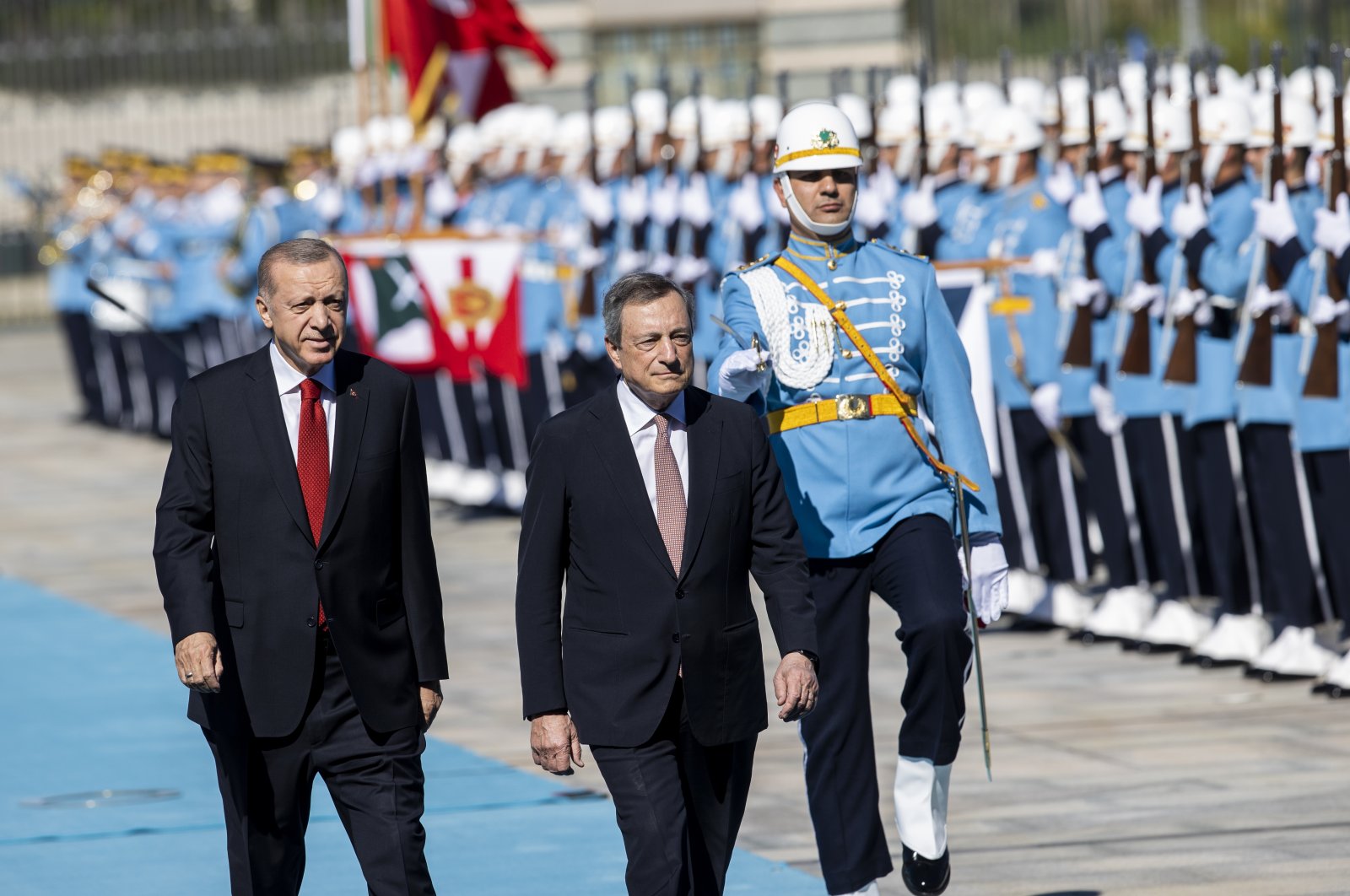 In his speech in the Italian Senate in May, Draghi commented on his plan to travel to Turkey and the purpose of his visit, stating: "I will be in Ankara for the bilateral summit with Turkey at the beginning of July, the first such summit to be held in 10 years. At this meeting, we will discuss the negotiation and diplomatic possibilities of the conflict in Ukraine and the strengthening of relations between Italy and Turkey."

According to a statement released by Draghi's office before his trip to Turkey, "The meeting is part of the comprehensive revitalization of the bilateral cooperation between the two countries, which is already very intense on various fronts. Especially after the start of the war in Ukraine, the contacts between the foreign ministries of the two countries continue uninterrupted."

The intergovernmental summit between Italy and Turkey had been held twice before, in 2008 and 2012. Italy's ministers of foreign affairs, interior, defense, economic development and ecological transformation also attend the summit being held for the third time in Ankara.

At the summit, international agenda items such as the war in Ukraine, the related food crisis and Libya will be discussed. In addition, migrant boats arriving from Turkey to Italy will also be among the priority issues. The Italian government has stated that in 2021, the number of migrants arriving in Italy via Turkey from the Eastern Mediterranean route more than tripled.

In the intergovernmental meeting, it was stated that the sides plan to sign agreements and memorandums of understanding in many areas, from sustainable development to the recognition of driving licenses, and that Rome and Ankara aim to cooperate in an array of fields, from foreign relations and defense to supporting micro, small and medium enterprises.

Draghi's office emphasized that Rome has been working for many years to encourage the adoption of a constructive approach towards Turkey within the EU, adding that the summit in Ankara is an important opportunity to strengthen the dialogue with Europe.

Today, Turkey and Italy are two regional powers that share common interests, common history and common values in the Mediterranean basin. In this respect, it would be appropriate to define Turkish-Italian bilateral relations as a strategic partnership.

Turkey and Italy work together to find solutions to regional and global issues as well. From Afghanistan to Lebanon the two countries cooperate with a view to bringing peace and stability to a vast geography.

As a founding member of the European Union, Italy supports Turkey’s membership in the EU. It is widely agreed in Italy that as an important and reliable regional power, Turkey will make important contributions to the European Union and help the bloc become a true global power.

Turkey-Italy bilateral trade volume increased to $21.3 billion in 2011. The number of Italian firms operating in Turkey has surpassed 900. They are engaged in various sectors from transportation, banking, and telecommunication to construction, electronics and pharmaceuticals. The total amount of Italian direct investment in Turkey exceeded $4.5 billion. Considering the level of economic and trade relations, Turkey expects more direct investment from Italy and encourages Turkish companies to increase their presence in Italy. Currently, 44 Turkish companies operate in Italy. The total amount of Turkish investments is around 140 million euros ($144 million).