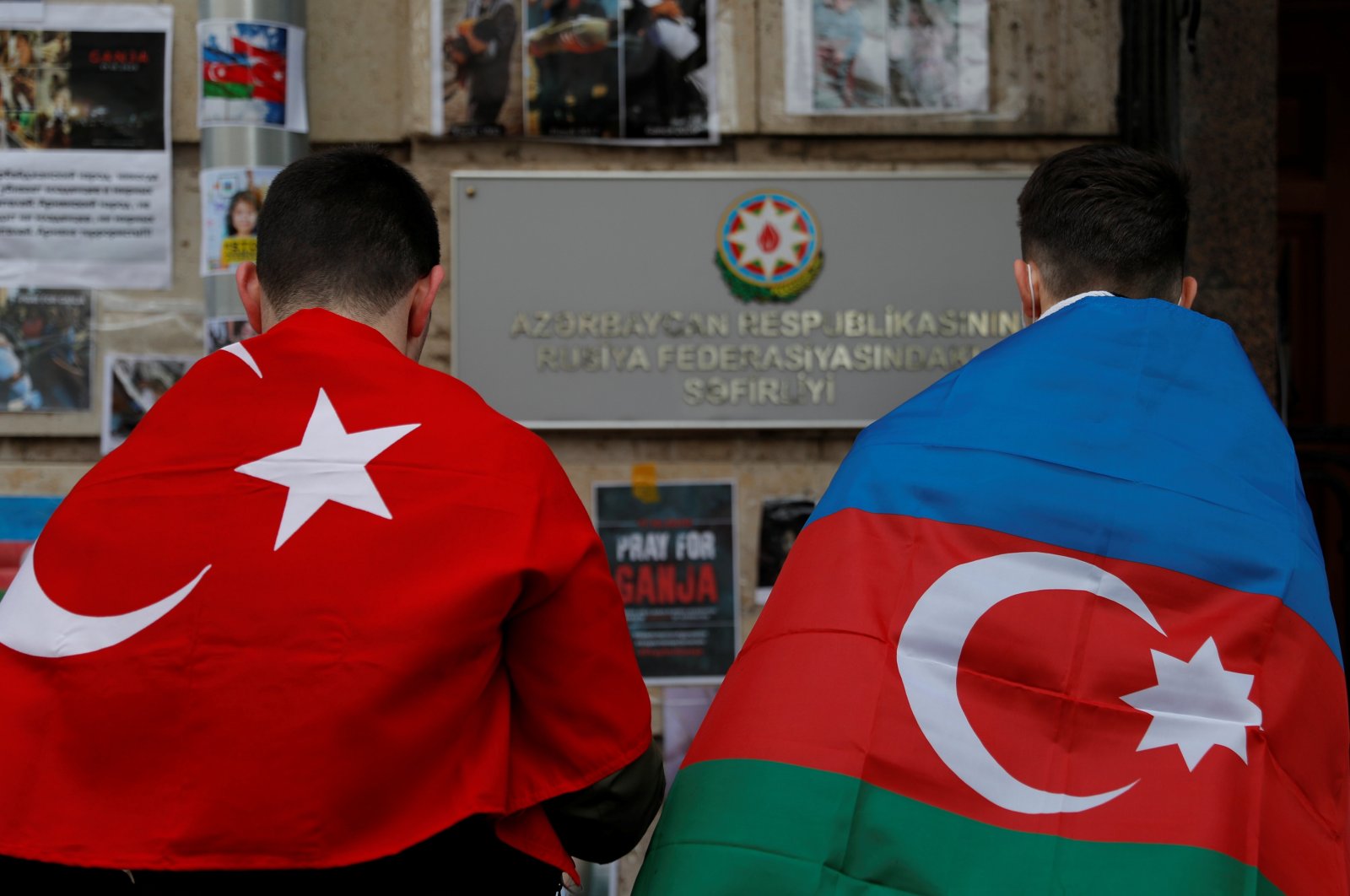 Men holding the national flags of Azerbaijan and Turkey stand next to a makeshift memorial for people killed in Azerbaijan during the military conflict over the region of Nagorno-Karabakh, outside the embassy of Azerbaijan in Moscow, Russia, Oct. 19, 2020. (Reuters Photo)
by DAILY SABAH WITH AGENCIES Nov 10, 2020 10:25 am
RECOMMENDED

Azerbaijani President Ilham Aliyev said Tuesday that Turkey will take part in a peacekeeping process in the Nagorno-Karabakh region following a Russian-mediated deal with Armenia to stop the military hostilities.

Although the Azerbaijani president's claims have not been confirmed by the Turkish authorities yet, it is reported that the talks on the issue are ongoing.

However, soon after a statement came from Kremlin, denying the reports of Turkish peacekeeping forces' deployment to the area.

Russia has already started sending its peacekeepers to the region.

Since then, Armenia has repeatedly attacked Azerbaijani civilians and forces, even violating three humanitarian cease-fire agreements. About 20% of Azerbaijan's territory has been under illegal Armenian occupation for nearly three decades.

Azerbaijan says that since Sept. 27, it has retaken much of the land in and around the Nagorno-Karabakh enclave that it lost in a 1991-1994 war that killed an estimated 30,000 people and forced many more from their homes. Armenia has refused to acknowledge the extent of Azerbaijan's territorial gains.

Previously, Aliyev expressed multiple times that if there is to be peace, Azerbaijan wants to see Turkey at the negotiating table as well.

Turkey also stated previously that it is in talks with Russia over forming a mediation process between Azerbaijan and Armenia.