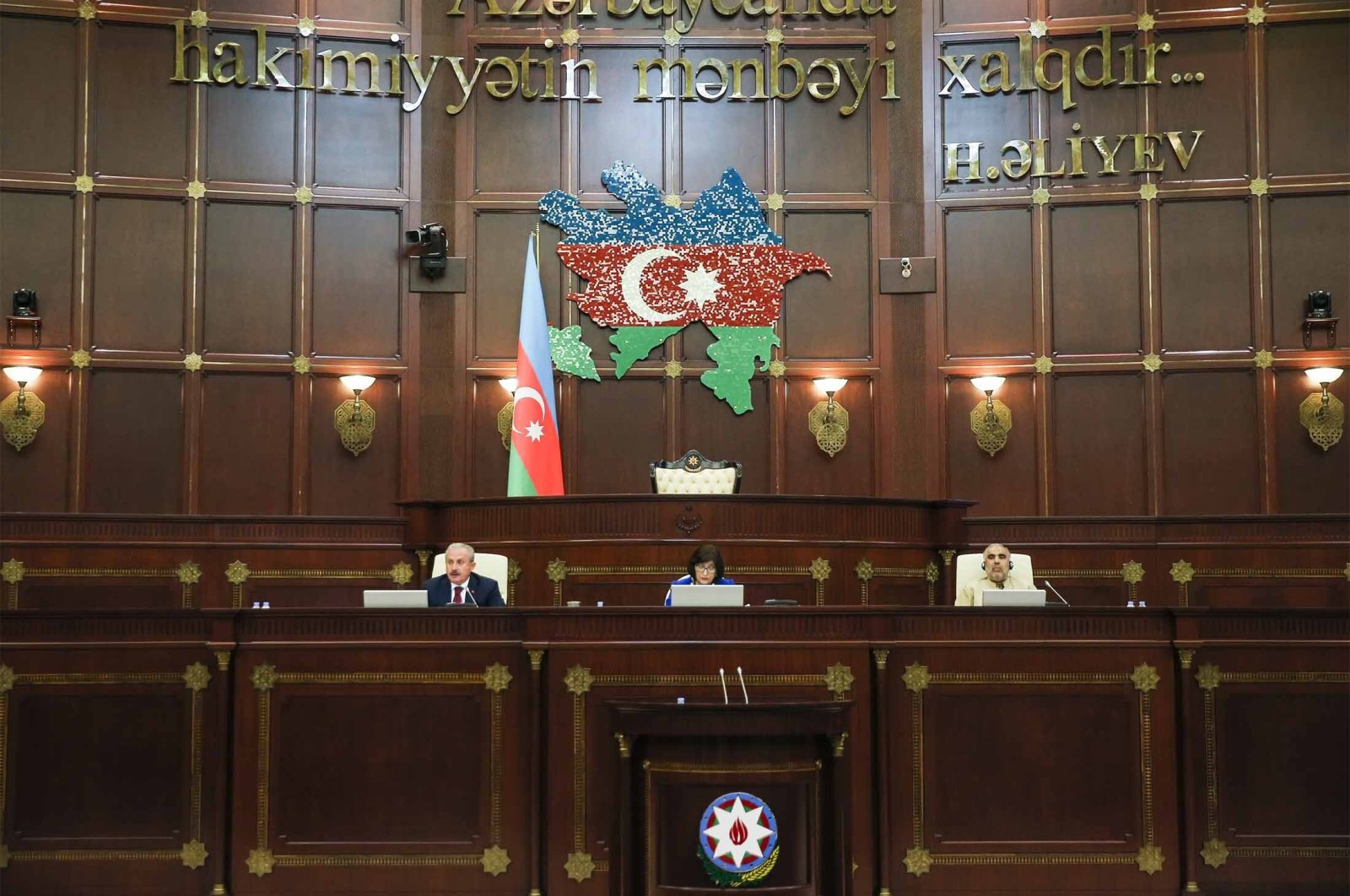 Highlighting that the agreement represents the common ground between the three countries, Şentop said Turkey is proud that its relations with Pakistan and Azerbaijan have been substantial, especially in times of crises. Noting that Turkey proudly supported Azerbaijan during the Nagorno-Karabakh conflict, Şentop said the two countries have announced their unity and fraternity to the world.

He continued by saying that the parliaments of the three countries need to prepare the institutional grounds to reflect the determination of the declaration and that he believes the process will be a smooth one thanks to strong communication among the parliament speakers. Regarding Armenia's losses in the Nagorno-Karabakh conflict, Şentop said he hopes Prime Minister Nikol Pashinian speeds up the process to abide by the agreements signed after their defeat.

On Sept. 27, 2020, the Armenian army launched attacks on civilians and Azerbaijani forces and violated several humanitarian cease-fire agreements. During a subsequent 44-day conflict, which ended under a deal signed Nov. 10, Azerbaijan liberated several cities and nearly 300 settlements and villages from Armenian occupation.

Pakistani Parliament Speaker Qaiser also congratulated the people of Azerbaijan for their victory in Nagorno-Karabakh. He noted that he was proud of the fact that Turkey, Pakistan and Azerbaijan are cooperating. Qaiser continued by saying that his country hopes India also ends its illegal occupation of Jammu and Kashmir.