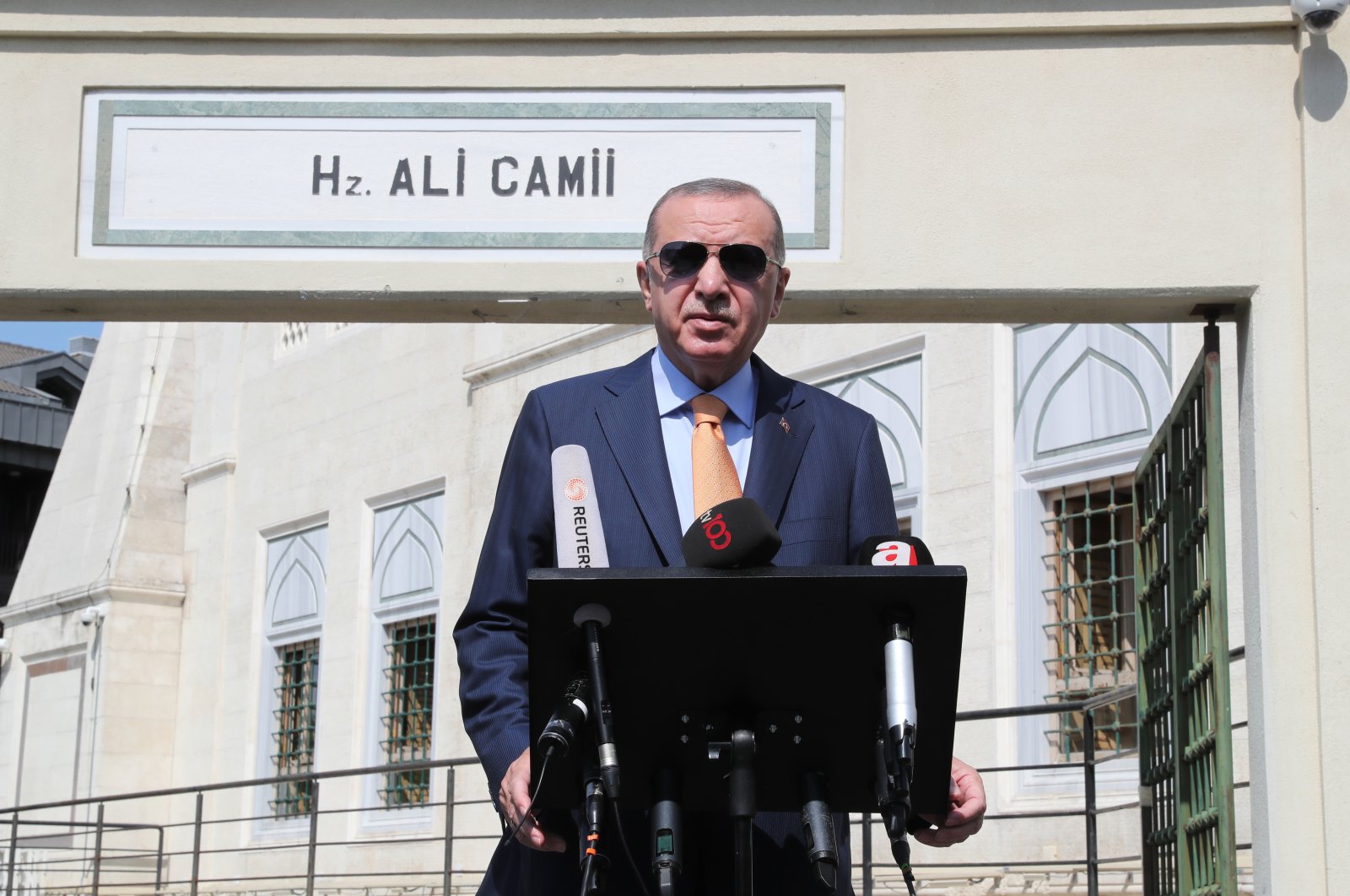 Turkey pulled back its Oruç Reis seismic survey vessel from the Eastern Mediterranean to allow for diplomacy with Greece, President Recep Tayyip Erdoğan said Friday, adding that he is ready to meet with the Greek Prime Minister Kyriakos Mitsotakis to discuss the disputes.

Speaking to reporters following Friday prayers in Istanbul, Erdoğan said he was ready to meet with Mitsotakis in person or via videoconference to discuss tensions in the Eastern Mediterranean.

Erdoğan added that they had informed the mediator states that Turkey had no problem meeting the Greek prime minister on the two neighboring countries' outstanding issues, adding, "What matters is the main point of talks."

Oruç Reis returned to waters near Turkey's southern province of Antalya on Sunday for what Ankara called routine maintenance, a move Greece said was a positive first step in easing tensions over offshore natural resources and maritime jurisdiction in the Eastern Mediterranean.

Erdoğan emphasized that the Oruç Reis will return to the mission in the Eastern Mediterranean after maintenance work is completed.

"Let's give diplomacy a chance, let's put forth a positive approach for diplomacy. Greece should also positively meet this approach of ours, and let's take a step accordingly," Erdoğan said, adding: "If we returned Oruç Reis to the port for maintenance, it also means something. But this does not mean that because Oruç Reis was pulled back for maintenance, our seismic activities will fully stop."

Previously, Erdoğan said Thursday that Greece had finally decided to sit down at the negotiating table after seeing Turkey’s determination and firm stance in the face of blackmail and threats.

His remarks came after Turkish and Greek military delegations Thursday continued diplomatic talks hosted by NATO in Brussels to ease the tensions in the Eastern Mediterranean.

Greece has disputed Turkey's current energy exploration activities in the region, trying to box in Turkish maritime territory based on the proximity of a number of its small islands to the Turkish mainland.

Erdoğan also touched upon the possibility of signing a maritime agreement with Egypt on the Mediterranean and said that there is no obstacle for Turkey to conduct informative talks with Egypt, but Cairo's maritime deal with Athens has saddened Ankara.

Regarding Libya, Erdoğan stated that it was saddening to hear of Libyan Prime Minister Fayez Sarraj’s decision to resign.

"This week, we may enter talks with the Libyan government on this issue," the president told reporters following Friday prayers.

Sarraj announced Wednesday his intention to step down by the end of October. The move could fuel political tensions in Tripoli amid new efforts to find a political solution to the country's conflict.

"A development like this, hearing such news, has been upsetting for us," Erdoğan said, adding that Turkish delegations may hold talks with Sarraj's government in the coming week.

"With these meetings, God willing we will turn this issue toward the direction it needs to go," he said.

Sarraj is the head of the Government of National Accord (GNA), based in Tripoli, while eastern Libya and much of the south is controlled by forces loyal to putschist Gen. Khalifa Haftar.

"With our intervention there, they reached a point of getting rid of this putschist Haftar's occupation," Erdoğan said, adding that eventually Haftar will lose.

The civil war has drawn in regional and international powers as Turkey supports the GNA, while the United Arab Emirates (UAE), Egypt and Russia back Haftar. Turkey helped the GNA push back a 14-month Haftar assault on Tripoli in June.