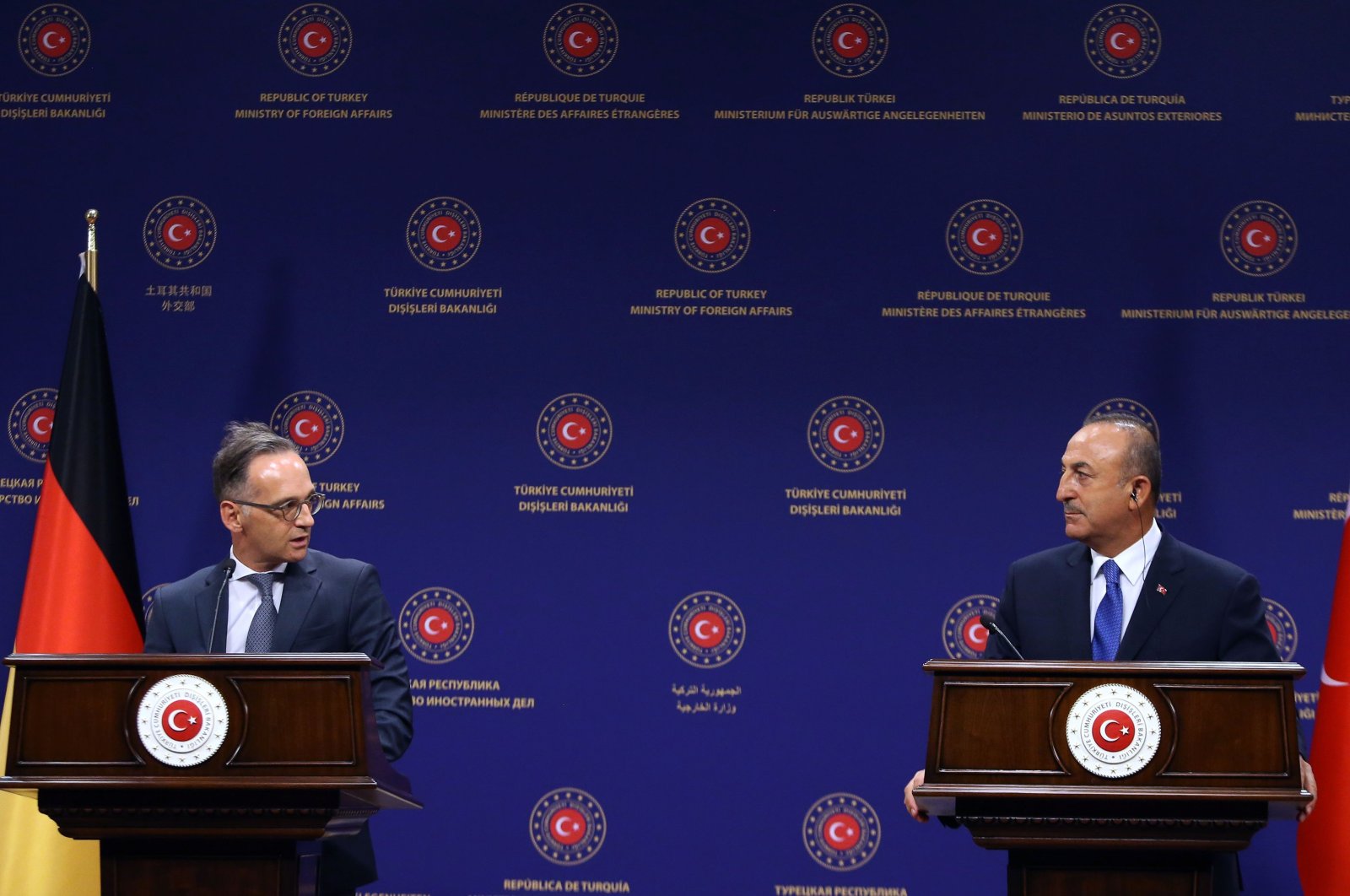 Turkey's foreign minister on Tuesday warned Greece against taking missteps in the Eastern Mediterranean, saying Turkey is ready to do "whatever is necessary" to protect its legitimate interests in the region.

Mevlüt Çavuşoğlu's remarks came at a joint news conference with his German counterpart Heiko Maas in the capital Ankara after they discussed a variety of issues, including the COVID-19 pandemic, developments in Libya and especially the Eastern Mediterranean.

He also urged Greece not to "put itself at risk" by rising to the bait of "some countries" in the Eastern Mediterranean but instead to act in line with reason so there are no conflicts in the region.

He did not name any countries, but Greece recently worked with France and Egypt against Turkish maritime foreign policy.

Çavuşoğlu stressed that the recent escalation in tensions in the Eastern Mediterranean is due to Greece and the Greek Cypriot administration's approach, not Turkey's, citing Greece's military exercises in the region this Monday as proof.

Turkey is ready to discuss the Eastern Mediterranean issue with all countries in the region – with the exception of the Greek Cypriot administration, which it does not recognize – he said, adding that there should not be any preconditions during talks.

Arguing that Greece was spoiled by unconditional support from the European Union, Çavuşoğlu said Athens contradicted itself by calling other countries to follow international law while it continues to violate it.

The most feasible way to transport hydrocarbon reserves drilled in the Eastern Mediterranean is through Turkey, and there is no alternative, Çavuşoğlu said.

Çavuşoğlu underlined that Greece and the Greek Cypriots have pursued a "maximalist" agenda in the Eastern Mediterranean and held unilateral activities that have raised tensions.

The Greek government and Greek Cypriot administration should act in the light of reason, he said. "If there was fair sharing here, instead of unilateral impositions, this would benefit everyone," he added.

During the news conference, Maas also underlined that escalation in the Eastern Mediterranean helps no one – not the EU, Turkey or Greece.

"We have addressed the dangerous situation. It worries not only the EU but also NATO allies," he said.

Stressing that military intervention is not expected on this issue and that it would be "unwise," Maas said: "It will be resolved through diplomacy. It may be hard, and it may proceed slowly, but there's faith in dialogue."

"The important thing now is to take steps to reduce tensions and to be ready for sincere dialogue. I hear the readiness for dialogue on both sides. Therefore, I think these controversial issues can be resolved. This can only be done through direct negotiations between Greece and Turkey," he said.

Maas conducted shuttle diplomacy between Athens and Ankara in a bid to mediate between the neighboring countries who are locked in an acrimonious dispute over maritime boundaries and offshore energy rights. Both have sent warships to shadow each other and announced military exercises within a broad area between the islands of Crete and Cyprus where Turkey has a vessel conducting research.

His visits came ahead of a meeting of EU foreign ministers in Berlin later this week where Turkey will be discussed. Germany holds the rotating EU presidency.

“The situation is very risky,” Maas warned. “Whoever moves closer and closer to the abyss can at some point fall down. That’s a development which we want to avoid.”

In Athens earlier, Maas warned after a meeting with Greek Foreign Minister Nikos Dendias that “any spark, however small, could lead to a disaster.”

“No one can have an interest in that, and certainly not in a military confrontation between NATO partners and neighbors,” Maas said.

Dendias also said Greece “has proved that it is and remains always ready for dialogue.”

This week, Turkey and later Greece sent out conflicting alerts on energy exploration and military exercises in the Mediterranean.

Turkey has also said energy resources near Cyprus must be shared fairly between the Turkish Republic of Northern Cyprus (TRNC) – which has issued Turkish Petroleum a license for drilling activities – and the Greek Cypriot administration.

Dialogue for fair sharing of these resources will be win-win for all sides, Turkish officials say.

Meanwhile, Greece said it will launch military exercises Wednesday with France, Italy and the Greek Cypriot administration in the Eastern Mediterranean.

The joint exercises south of Cyprus and the Greek island of Crete will last three days, the defense ministry said.

"Cyprus, Greece, France and Italy have agreed to deploy a joint presence in the Eastern Mediterranean as part of the quadripartite cooperation initiative," the defense ministry said in a statement.