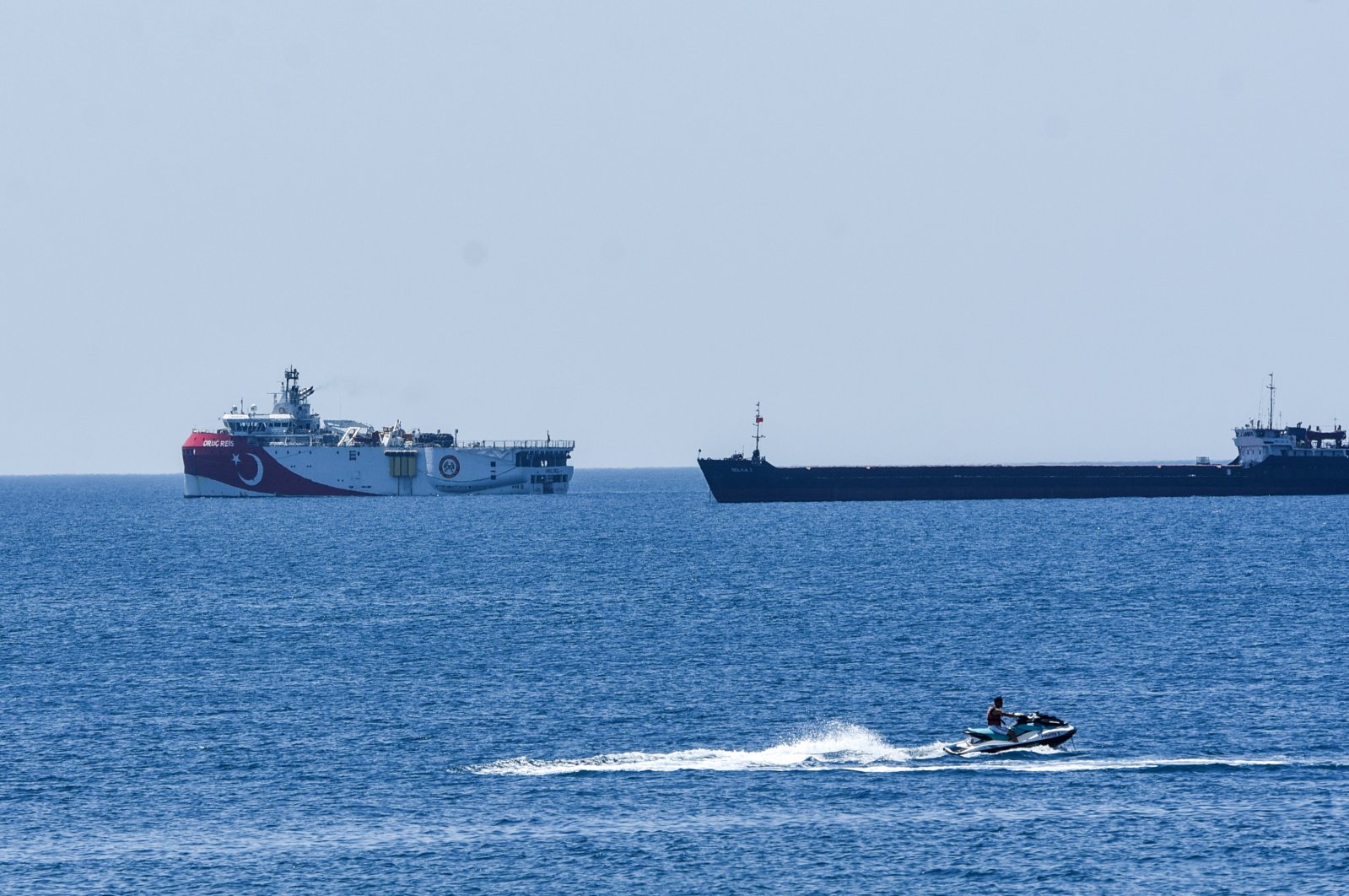 The Oruç Reis will carry out exploration in an area that was previously covered by the country’s first seismic exploration vessel, the Barbaros Hayreddin Paşa, and lies within Turkey’s own continental shelf registered with the United Nations, the Foreign Ministry said in a statement.

An advisory known as NAVTEX was issued by the Turkish navy on Tuesday for seismic surveys by the Oruç Reis and two support vessels in waters south of the Greek islands of Rhodes, Karpathos and Kastellorizo (Meis in Turkish, Megisti in Greek) through Aug. 2.

The foreign ministry said the Greek island of Kastellorizo is 2 kilometers (1.2 miles) away from the Turkish mainland and 580 kilometers off the Greek coast, making “Greece’s maximalist continental shelf claims based on islands far from its mainland incompatible with international law and court decisions.”

The ministry also reiterated calls for dialogue and said Turkey would continue to protect its rights and interests in line with international law.

Greek Prime Minister Kyriakos Mitsotakis said earlier Tuesday that unless Turkey backed down, European Union sanctions against its NATO ally could be inevitable.

“As long as Turkey continues to take this path, sanctions on Turkey will be a one-way street,” he told German Foreign Minister Heiko Maas, who was visiting Athens.

Maas urged Turkey to avoid “provocative actions” and fully engage in planned talks with the EU.

In Ankara, President Recep Tayyip Erdoğan said Turkey would press ahead with its efforts to search and drill for hydrocarbons in the Eastern Mediterranean in line with the international laws.

“We are not subjected to anyone’s permission (concerning) our seismic exploration vessels or our drilling vessels,” Erdoğan said in a speech marking the second anniversary of Turkey’s transition to a presidential system, adopted in the wake of a 2017 public referendum.

“Whatever the international maritime laws require, whatever our rights in the Eastern Mediterranean are, we have taken our steps within that framework and we will continue to take these steps in the same way," he said.

Athens has been attempting to rally the EU to prepare “crippling” economic sanctions against Turkey if it goes ahead with its planned offshore gas and oil exploration operations.

Relations between the long-time regional rivals and uneasy NATO allies have deteriorated fast in recent months, with differences including offshore drilling rights, immigration flows and Turkey’s decision to revert Istanbul’s iconic Hagia Sophia from a museum to a mosque.

Turkish drilling procedures in the Eastern Mediterranean fall under two categories: licensed areas issued by the Turkish Republic of Northern Cyprus (TRNC) to Turkey and the licensed areas that are issued by Turkey to the Turkish Petroleum Corporation (TPAO) – Turkey's national oil company.

The country has so far completed six drilling studies in the region, while the drilling vessel Yavuz is conducting a seventh in the Selçuklu-1 zone to the west of the island of Cyprus.

The country's third drillship, Kanuni, arrived in Taşucu, Mersin, a coastal city in the Mediterranean region of the country, on March 15. Following the completion of renewal and upgrade studies, Kanuni, which joined the fleet in the beginning of 2020, is also projected to start operations in the Mediterranean Sea this year.

Ankara had last year sent drilling vessels to the Eastern Mediterranean, asserting the rights of Turkey and the TRNC to the resources in the region.

The areas fall entirely within the Turkish continental shelf registered with the U.N. and in permit licenses that the Turkish government in previous years granted to the TPAO.

The Barbaros Hayreddin Paşa, bought from Norway in 2013, has been conducting exploration in the Mediterranean since April 2017. The Oruç Reis joined the exploration activities in the region at the end of August.

Athens and the Greek Cypriot administration have opposed the move, threatening to arrest the ships' crews and enlisting EU leaders to join their criticism.

Ankara has on every occasion vowed it wants to see energy as an incentive for political resolution on the island and peace in the wider Mediterranean basin and not as a catalyst for further tension.

Greece says it has exclusive rights in the areas targeted by Turkey. Ankara says it is justified in exploring there following a deal it signed with the internationally recognized government of Libya, on the far side of the Mediterranean.

On Nov. 27, Ankara and Libya’s U.N.-recognized Government of National Accord (GNA) signed two separate pacts, one that encompasses military cooperation and the other the maritime boundaries of the two countries in the Eastern Mediterranean.

The maritime pact, effective from Dec. 8, asserts Turkey's rights in the region in the face of unilateral drilling by the Greek Cypriot administration, clarifying that the TRNC also has rights to the resources in the area.

Energy and Natural Resources Minister Fatih Dönmez recently said Turkey has determined seven licensed areas in the Eastern Mediterranean for oil exploration and drilling under the pact signed with the GNA, adding that drilling could start within three to four months.

Dönmez said Ankara plans to carry out the exploration activities in cooperation with the National Oil Corporation (NOC). This was the case in the past. He also said there could also be international companies with whom the country could act together.

Turkey was conducting oil exploration and production activities in Libya for nearly 20 years, but these works were interrupted in 2011.