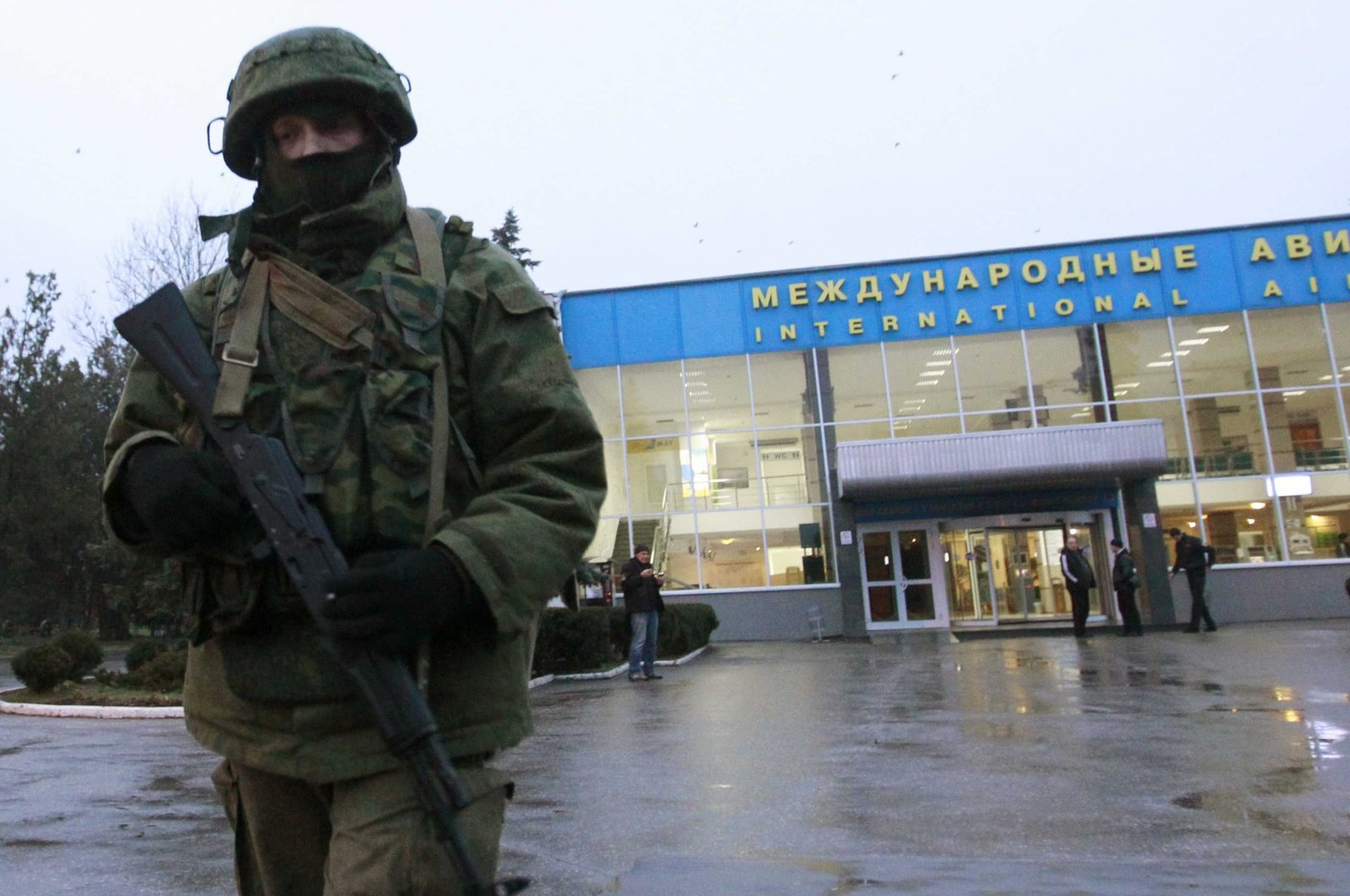 A Russian patrol stands at the international airport in Crimea.
by DAILY SABAH Mar 16, 2020 10:44 am
RECOMMENDED

Turkey renounced Russia's annexation of Crimea on Monday, in line with the sixth anniversary of the country's illegal takeover of the Black Sea peninsula.

"Neither Turkey nor the international community recognizes the illegal annexation of the Crimean Autonomous Republic of Ukraine by the Russian Federation based on an illegitimate referendum which was held six years ago today," said the Foreign Ministry in a statement.
"It continues to be a priority for Turkey that Crimean Tatars, as a constituent people of Crimea, continue to live in well-being and security in their historical homeland, have their cultural identity protected and that their suffering as a result of the occupation is brought to an end," the statement said. Turkey supports "the territorial integrity and sovereignty of Ukraine, a strategic partner of Turkey," the ministry added.

Russia annexed the Crimean peninsula from Ukraine after an independence referendum was held in 2014, following the ouster of Ukrainian President Viktor Yanukovych as a result of the pro-European Union Euromaidan protests in the capital. The U.N. General Assembly later voted to proclaim the Russian action illegal. Along with an overwhelming majority of U.N. member states, Turkey denied recognition of Crimea as Russian territory.

Crimean Tatars are a Muslim community indigenous to the Black Sea peninsula. Under Joseph Stalin's rule, much of the community was sent into exile in Uzbekistan and the Urals and only returned to their homeland around the time of the fall of the USSR.

Most Crimean Tatars opposed Moscow's annexation of the peninsula in 2014. As a result, Russian authorities have cracked down on the community, abrogating their right to assembly and taking a Tatar-language television channel off the air, as well as detaining and jailing dozens of activists.