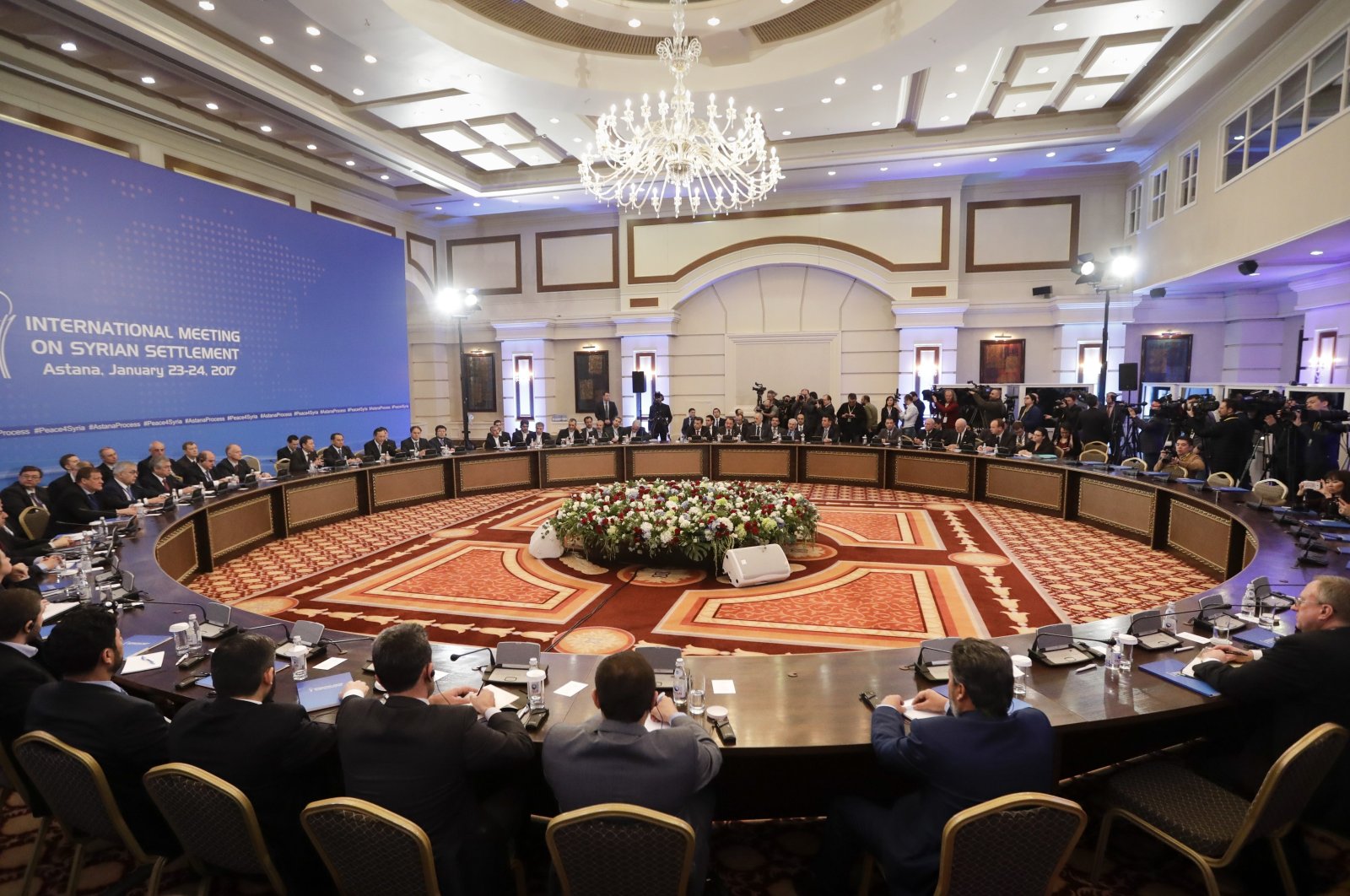 Turkey, Russia and Iran reaffirmed their commitment to the sovereignty, independence, unity and territorial integrity of Syria in a joint statement Tuesday on the sidelines of the third meeting of the Syrian Constitutional Committee Syria held in Geneva.

In the statement, the three guarantor countries underlined that they were determined to fight against terrorism in all its forms and manifestations and stand against separatist agendas aimed at undermining the sovereignty and territorial integrity of Syria.

The trio agreed to continue to cooperate in order to ultimately eliminate terrorist organizations like Daesh, al-Nusra Front and all other individuals, groups, undertakings and entities associated with al-Qaida, Daesh or other terrorist groups as designated by the United Nations Security Council while ensuring the protection of civilians and civilian infrastructure in line with international law.

The statement stressed that all three countries expressed their opposition to the illegal seizure and transfer of Syria's oil revenues, and they "condemned the illegal oil deal between a U.S. licensed company and the illegitimate entity as part of its separatist agenda," referring to the YPG, the Syrian offshoot of the PKK terror group that has killed tens of thousands of people in Turkey in its decadeslong terror campaign.

Another topic highlighted in the statement was Israeli airstrikes on Syria. The trio said they condemned "the continuing Israeli military attacks in Syria in violation of international law and international humanitarian law and undermining the sovereignty of Syria and neighboring countries as well as endangering the stability and security in the region."

Ankara, Moscow and Tehran hailed the gathering of the third meeting of the Constitutional Committee's Drafting Commission and demonstrated their readiness to back the committee's work through continuous interaction with the Syrian delegates and the U.N. Secretary-General's Special Envoy for Syria Geir O. Pedersen as the facilitator in order to ensure its sustainable and effective functioning.

"(They) expressed their view that the work of the Constitutional Committee should be governed by a sense of compromise and constructive engagement without foreign interference and externally imposed timelines aimed at reaching a general agreement of its members that would enable the outcome to receive the widest possible support by the Syrian people," the joint statement said.

The statement concluded that Turkey, Russia and Iran were determined to hold the next international meeting on Syria in the Astana format as soon as possible.

The first meeting of the Astana process was in Turkey in January 2017 to facilitate U.N.-sponsored peace talks in Geneva.

The ongoing constitutional committee talks were put on hold this week after three participants tested positive for COVID-19 just hours after the meetings started in Geneva on Monday.

Since then, over 5 million civilians have become refugees. Turkey hosts over 3.5 million of them, more than any other country in the world.