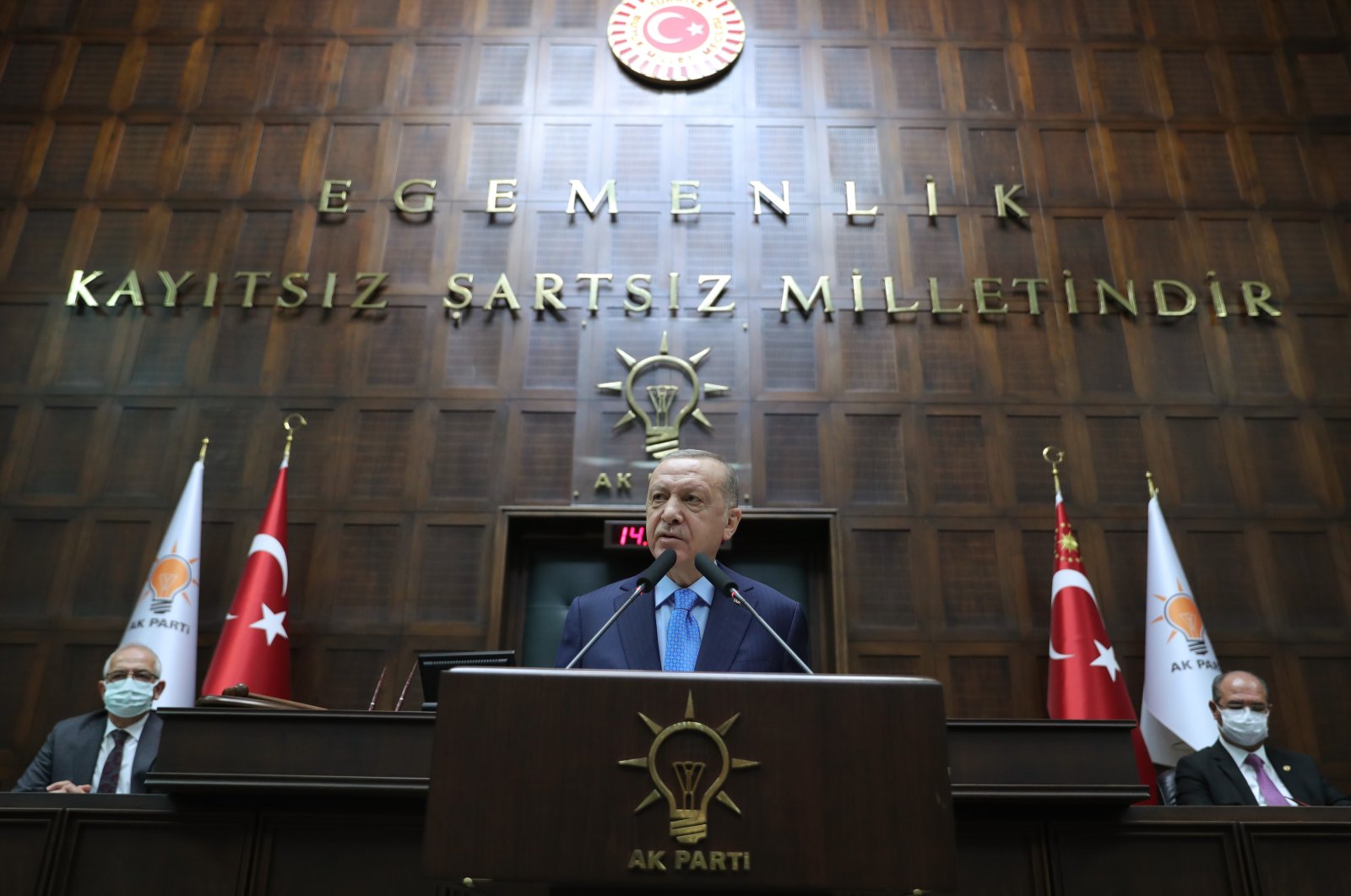 Turkey and Russia signed an agreement for establishing a joint center to monitor the cease-fire in Nagorno-Karabakh on Wednesday morning, and the two countries will work together there, President Recep Tayyip Erdoğan said Wednesday.

Speaking at the parliamentary group meeting of the ruling Justice and Development Party (AK Party) in the capital Ankara, Erdoğan announced the signing of a memorandum of understanding (MoU) on a joint Turkish-Russian center to monitor the Nagorno-Karabakh peace deal, which has ended weeks of armed conflict between Azerbaijan and Armenia.

"Turkey will join the peacekeeping forces in the (Karabakh) region to monitor the implementation of the deal with Russia," he said.

He went on to say that with this deal, 28 years of occupation of Azerbaijani lands and Nagorno-Karabakh officially comes to an end.

Referring to an article of Tuesday's Russia-brokered peace deal, he said: "A road will be constructed to connect Azerbaijan and Nakhichevan Autonomous Region."

The president also congratulated Azerbaijani President Ilham Aliyev and the Azerbaijani people on the liberation of territories under Armenia's occupation.

"We believe a similar step to Karabakh’s quick peace process can be taken in Syria as well," Erdoğan said.

Addressing reporters after the party group meeting, Erdoğan also stated that Turkey's teams will participate in monitoring and inspections in the same concept as Russian teams.

Noting that Russia has started to deploy its peacekeepers in some parts of the Nagorno-Karabakh region, he said a Russian delegation is also set to visit Turkey to collaborate on peacekeeping measures.

The Turkish president's comments came after Russian peacekeeping troops were deployed to Nagorno-Karabakh on Tuesday under the recently signed deal that halted six weeks of fighting between Azerbaijani and Armenian forces.

Relations between the ex-Soviet republics have been tense since 1991 when the Armenian military occupied Nagorno-Karabakh, a territory recognized internationally as part of Azerbaijan.

Baku liberated several cities and nearly 300 of its settlements and villages from Armenian occupation during that time.

On Nov. 10, the two countries signed a Russia-brokered agreement to end fighting and work toward a comprehensive solution to the conflict.