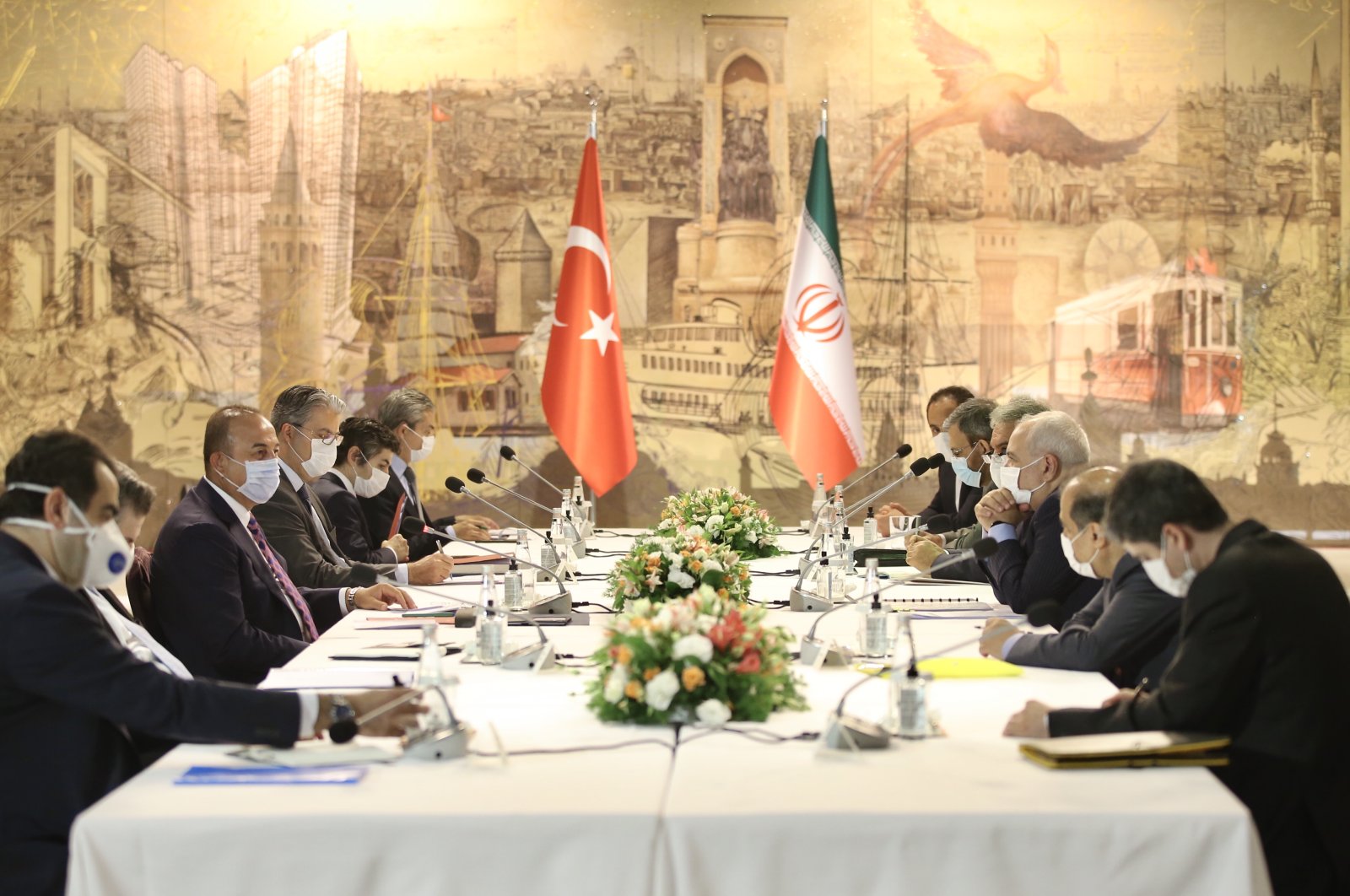 Turkey and Russia are working jointly to establish a cease-fire in Libya, Foreign Minister Mevlüt Çavuşoğlu said Monday, as he noted that there is no disagreement between the two countries regarding the issue of Libya.

Speaking in a joint news conference with Iranian Foreign Minister Javad Zarif in Istanbul, Çavuşoğlu said Russia and Turkey have agreed to continue talks at the technical level for a lasting cease-fire.

Çavuşoğlu was responding to a question about the cancellation of the Russian delegation's visit to Turkey to discuss the matter.

“It is evident that we support different sides with Russia but it is unreasonable to suggest that there had been a crisis regarding the cease-fire. We made the decision to postpone the meeting together,” Çavuşoğlu said.

Russia's Foreign Minister Sergey Lavrov and Defense Minister Sergey Shoygu were scheduled to visit Turkey Sunday to discuss the situation in Libya and Syria, but the visit was postponed without an explanation.

Çavuşoğlu also said the Libyan government’s views on the matter is important.

“The cease-fire in Libya cannot be unilateral,” he said, noting that it is not realistic to make decisions without taking into consideration the views of the Libyans.

While Turkey backs the U.N.-recognized Government of National Accord (GNA) in Libya, Russian mercenaries have been fighting in ranks of putschist Gen. Khalifa Haftar. The Russian government has previously denied reports citing their support for Haftar’s side in the conflict.

Çavuşoğlu also said Astana Summit to find a solution to the Syrian crisis is likely to be held via videoconference before being hosted by Iran.
The latest Astana summit was held via teleconference in April with the participation of the foreign ministers of three guarantor countries: Turkey, Russia and Iran.

The Astana process was initiated by Turkey, Iran and Russia to bring the warring sides in Syria together to find a permanent solution to the nine-year-long war. The main agenda items have been the constitutional system, the political transition, security and resettlement. The first meeting of the Astana process was in Turkey in January 2017 to facilitate United Nations-sponsored peace talks in Geneva.

Touching upon the issue of regional crisis, Çavuşoğlu said there is instability in the region and terrorism is a common problem for countries in the region.

Meanwhile, Foreign Minister Zarif also said his country opposes unilateral sanctions against Iran as he thanked Turkey for its stance regarding U.S. sanctions.

He also thanked Turkey for its support to the Iranian people during the COVID-19 crisis.

“Turkey and Iran share the same views on Libya issue,” he said.

Zarif was the first foreign official to visit Turkey following the COVID-19 pandemic and said he was happy to hold the meeting in person.

“We are ready for scientific and medical cooperation with Turkey,” Zarif said, adding that the pandemic has shown that countries are interconnected and one-sided policies do not produce lasting results.

The Iranian foreign minister also said he was pleased about enhancing dialogue between the two countries, which was negatively impacted as a result of the pandemic.