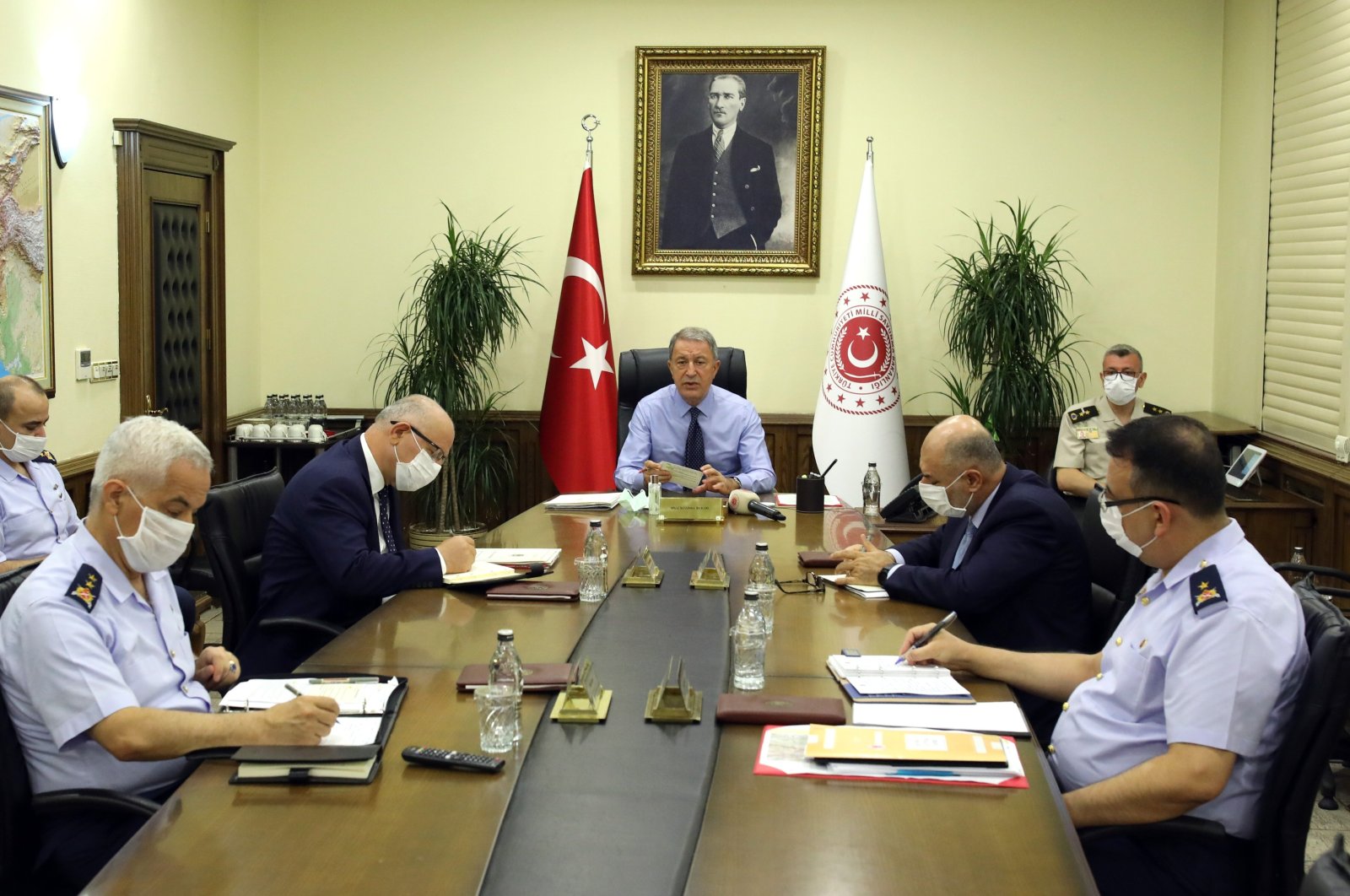 Turkey wants to resolve its dispute with Greece over energy exploration in the Eastern Mediterranean through dialogue, Defense Minister Hulusi Akar said Wednesday but added that Ankara would defend its "rights and interests" in the region.

NATO allies Turkey and Greece are at odds over overlapping claims for hydrocarbon resources in the region and tensions have risen since Ankara launched exploration operations in a disputed area of the Mediterranean Monday.

Greece opposes the operation of Turkey's exploration vessel, Oruç Reis. The vessel was accompanied by Turkish warships when it left port.

Akar said Turkey would continue to defend its "rights, ties and interests" in coastal waters. "It should be known that our seas are our blue homeland. Every drop is valuable," he said.

Turkey's plans for Oruç Reis to search for hydrocarbons off the island of Kastellorizo (Megisti-Meis) had infuriated Athens last month.

Then, Ankara agreed to suspend the search off the Greek island "for a while," depending on the outcome of negotiations with Athens and European Union heavyweight, Germany.

On Monday, President Erdoğan said that Ankara was always ready to resolve conflicts fairly through dialogue, as he called on Mediterranean countries to cooperate in finding "an acceptable formula that protects the rights of all."