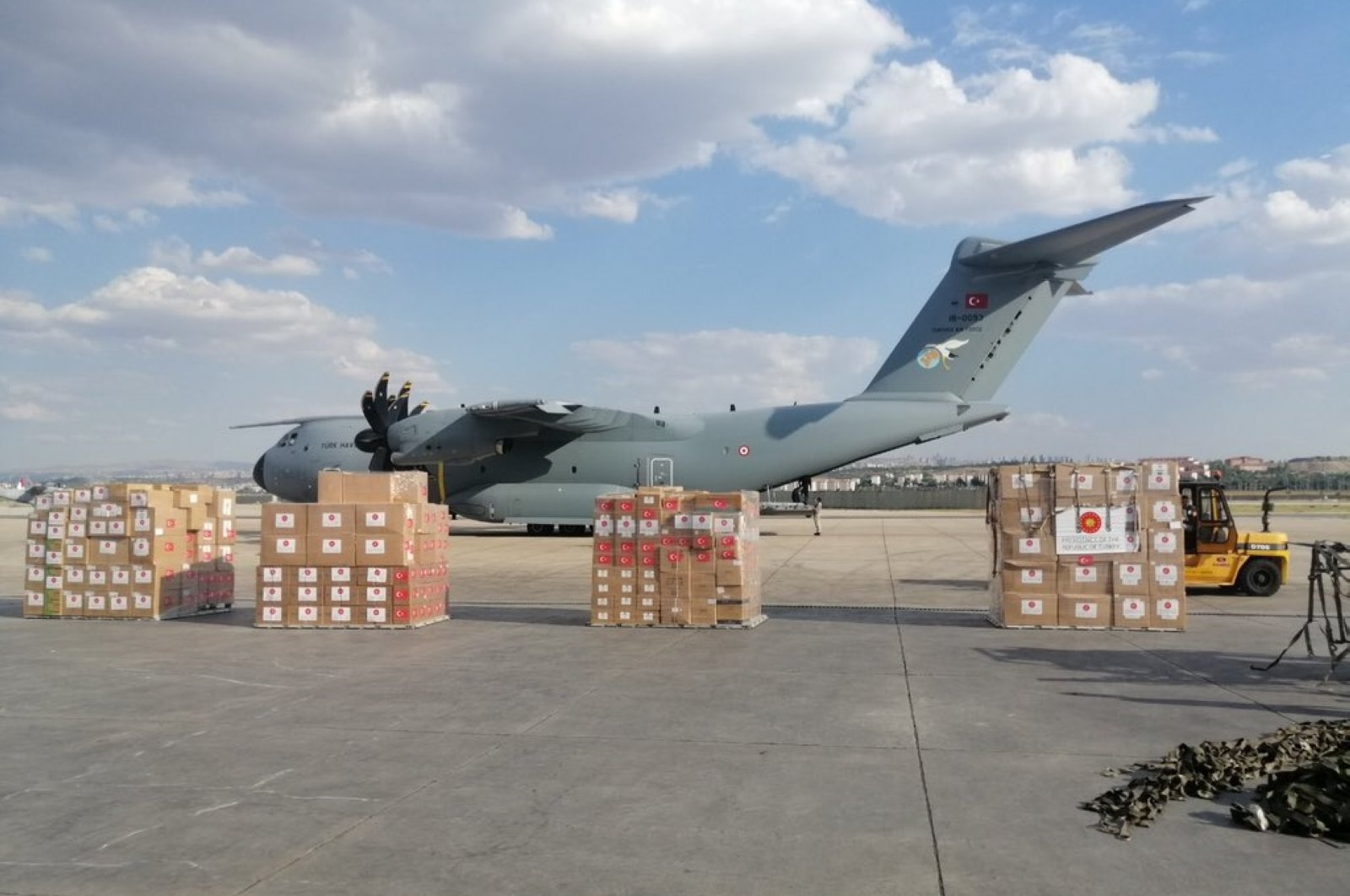 A team from the Disaster and Emergency Management Authority (AFAD), a National Medical Rescue Team and the Turkish Red Crescent (Kızılay) will conclude their search and rescue activities in the blast-hit city and will return to Turkey on board the military plane while a team of seven people will continue their activities in the region.

Earlier in the day, Turkey's National Defense Ministry confirmed on Twitter that a second plane carrying aid had left the capital Ankara for Beirut.

"The Turkish Armed Forces A400M aircraft which will deliver medical supplies and equipment along with personnel from AFAD to Lebanon took off from Ankara Etimesgut Airbase," the ministry said.

The aircraft was sent on President Recep Tayyip Erdoğan's orders.

Just a day after the blast, another earlier flight carried aid and a search and rescue team to Beirut.

The plane was carrying aid material donated by the Turkish Health Ministry, AFAD and Kızılay.

Oktay had said that Ankara was ready to send more medical assistance and food aid to help Lebanon in its hour of need.

Saying Turkey's hospitals and air ambulances would remain at Lebanon's service, he announced that officials have offered Turkish air ambulances to transport injured Lebanese citizens to Turkey for treatment.

Oktay also said Lebanon can use the port of Mersin, on the Mediterranean coast, until the Beirut port is rebuilt.

"We have said goods could be transported with smaller ships and other means of transportation from Mersin to Lebanon," he added.

According to Lebanon's Health Ministry, at least 171 people have died and over 6,000 were injured since the explosion on Aug. 4 ravaged parts of the Lebanese capital.

The numbers, though, are likely to rise as efforts continue to find missing people.

Documents that surfaced after the blast showed that for years officials had been repeatedly warned that the presence of 2,750 tons of ammonium nitrate at the port posed a grave danger to the public, yet no one acted to remove it.