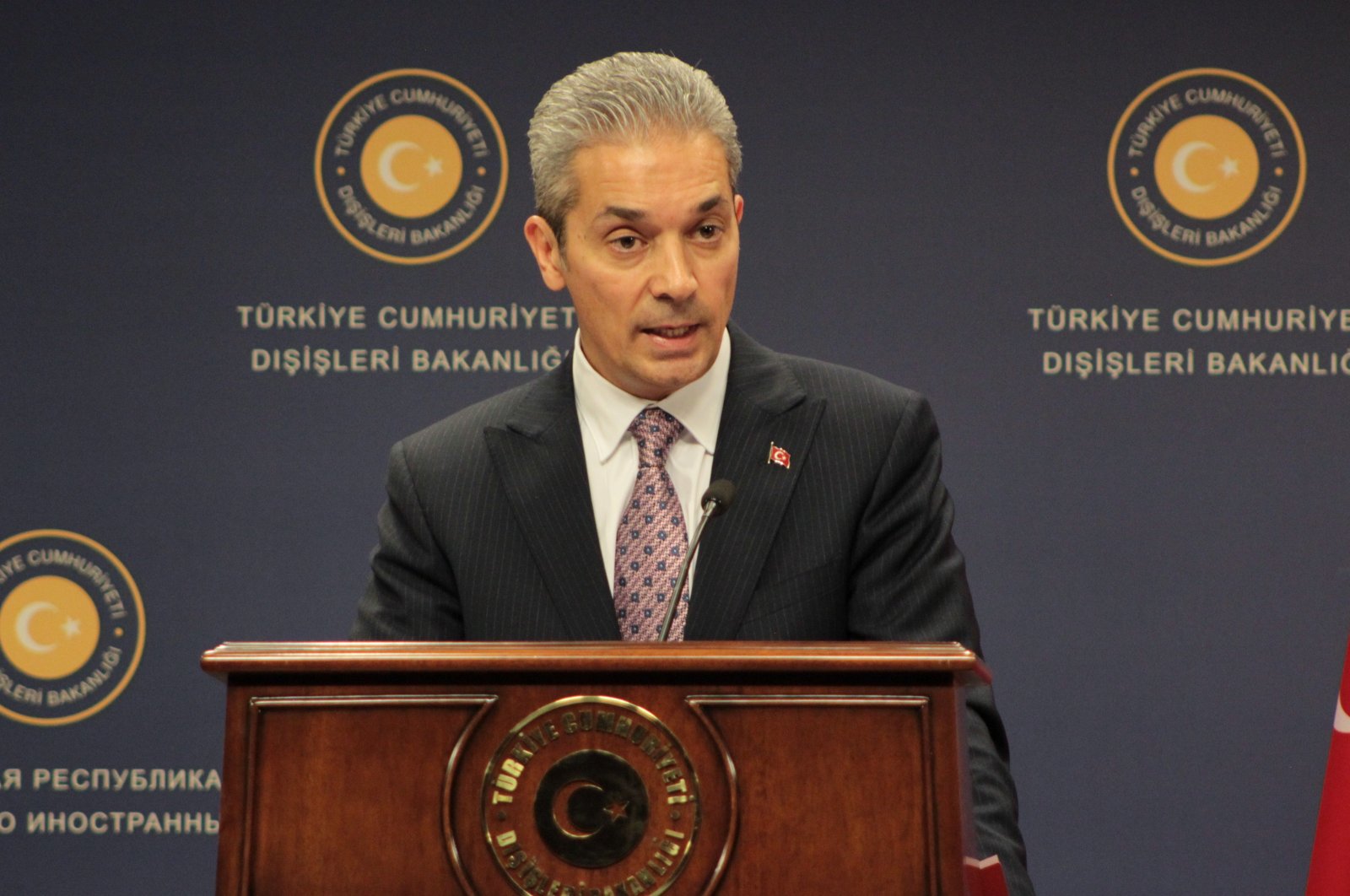 Turkey on Tuesday slammed the Arab League chief for his statement against the country's ongoing anti-terror operation in northern Iraq.

Hami Aksoy, a spokesman for the Foreign Ministry, said in a written statement it is strange that the Arab League's Secretary-General Ahmed Aboul-Gheit ignores the atrocities committed by the PKK terror organization which not only threatens Turkey's sovereignty but also that of Iraq, a member of the Arab League.

"We invite the Arab League secretary-general, who ignores the ethnic cleansing policy and crimes of the PYD/YPG/PKK terrorist organization, to adopt a principled and consistent discourse on the fight against terrorism," Aksoy stated.

The Arab League chief one day before had stated that Turkey’s operation was “a cause for concern.”

Operation Claw-Eagle was launched Sunday night to ensure the security of the Turkish people and the country's borders by fighting the PKK and other terrorist organizations that have been stepping up attacks against the police and military bases.

With no concrete results from the efforts of Iraq and the Kurdish Regional Government (KRG), Turkey has been paddling its own canoe in recent years and taking a hard line against the PKK presence in northern Iraq.

The Defense Ministry on Wednesday stated that the operation was prompted by a recent increase in the frequency of terrorist attacks on police stations and bases.

The Hakurk region is one of the main bases that PKK terrorists have used to infiltrate Turkey or attack Turkish border outposts. The area is located some 30 to 40 kilometers south of Derecik district in southeastern Hakkari province bordering Iraq and currently serves as the main grouping base for terrorists between their headquarters in Qandil Mountains near the border with Iran and Turkey.

The area also facilitates their crossing between Qandil and Iraq's Salahuddin province bordering Syria, where PKK's Syrian offshoot the YPG controls the northeastern part of the country.