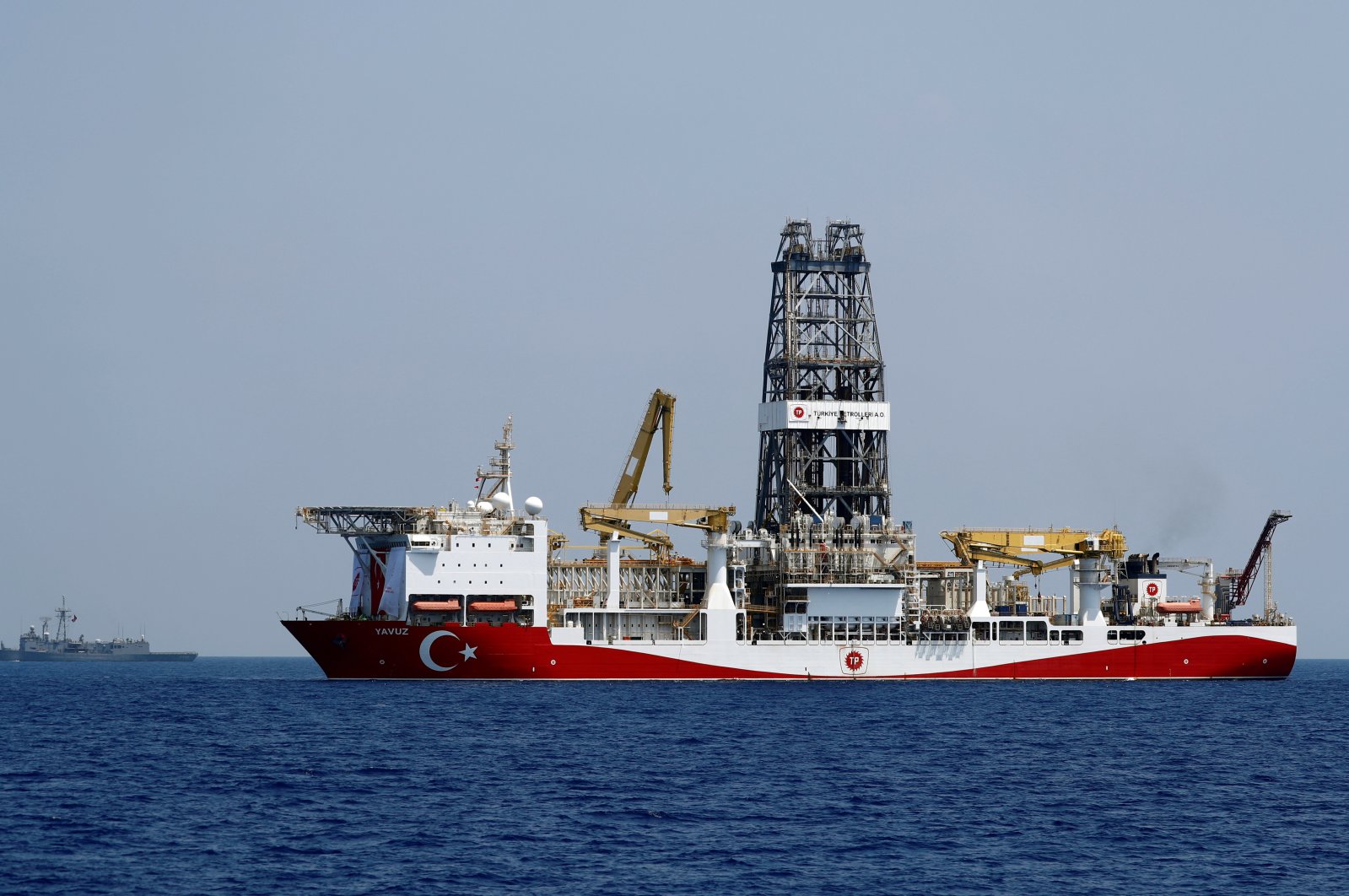 "Greece, with today's statement, once again exhibits its unrealistic perceptions and rights-refusing attitudes regarding the problems in our region," Foreign Ministry spokesperson Hami Aksoy said in a statement.

Aksoy said the Greek and Greek Cypriot side deliberately ignore the fact that Turkey has legitimate and sovereign rights in the Eastern Mediterranean and the Aegean Sea.

"Turkish Cypriots have equal rights, as the co-owner of the Island, on the resources around the island," he added.

Aksoy said the actual threat to peace and stability in the Eastern Mediterranean "is the maximalist and uncompromising attitude of the Greek and Greek Cypriot duo."

"We will resolutely continue to protect both our country's and the Turkish Cypriots' rights in the Eastern Mediterranean," he added.

Turkey has consistently contested the Greek Cypriot administration's drilling in the Eastern Mediterranean, asserting that the Turkish Republic of Northern Cyprus (TRNC) also has rights to the resources in the area. Greek Cyprus unilaterally declared its Exclusive Economic Zone (EEZ), which Turkey says violates part of its shelf, particularly in Blocks 1, 4, 5, 6 and 7.

The Cyprus problem has remained unresolved for decades despite a series of efforts by the U.N. for a lasting settlement between Turkish and Greek Cypriots. The latest attempt to resolve the problem in Switzerland failed in 2017 and recent tensions in the Eastern Mediterranean have further complicated efforts for a settlement. The Greek Cypriot administration continues to oppose recognizing the political equality of Turkish Cypriots and claims to be the island's sole legitimate government.

The island has been divided into a Turkish Cypriot government in the northern third and Greek Cypriot administration in the south since a 1974 military coup aimed at Cyprus' annexation by Greece. Turkey's intervention as a guarantor power in 1974 had stopped yearslong persecution and violence against Turkish Cypriots by ultra-nationalist Greek Cypriots. In 1983, the TRNC was founded on the northern third of the island and is only recognized by Turkey. It continues facing a longstanding embargo in commerce, transportation and culture. The decades since have seen several attempts to resolve the Cyprus dispute, all ending in failure.