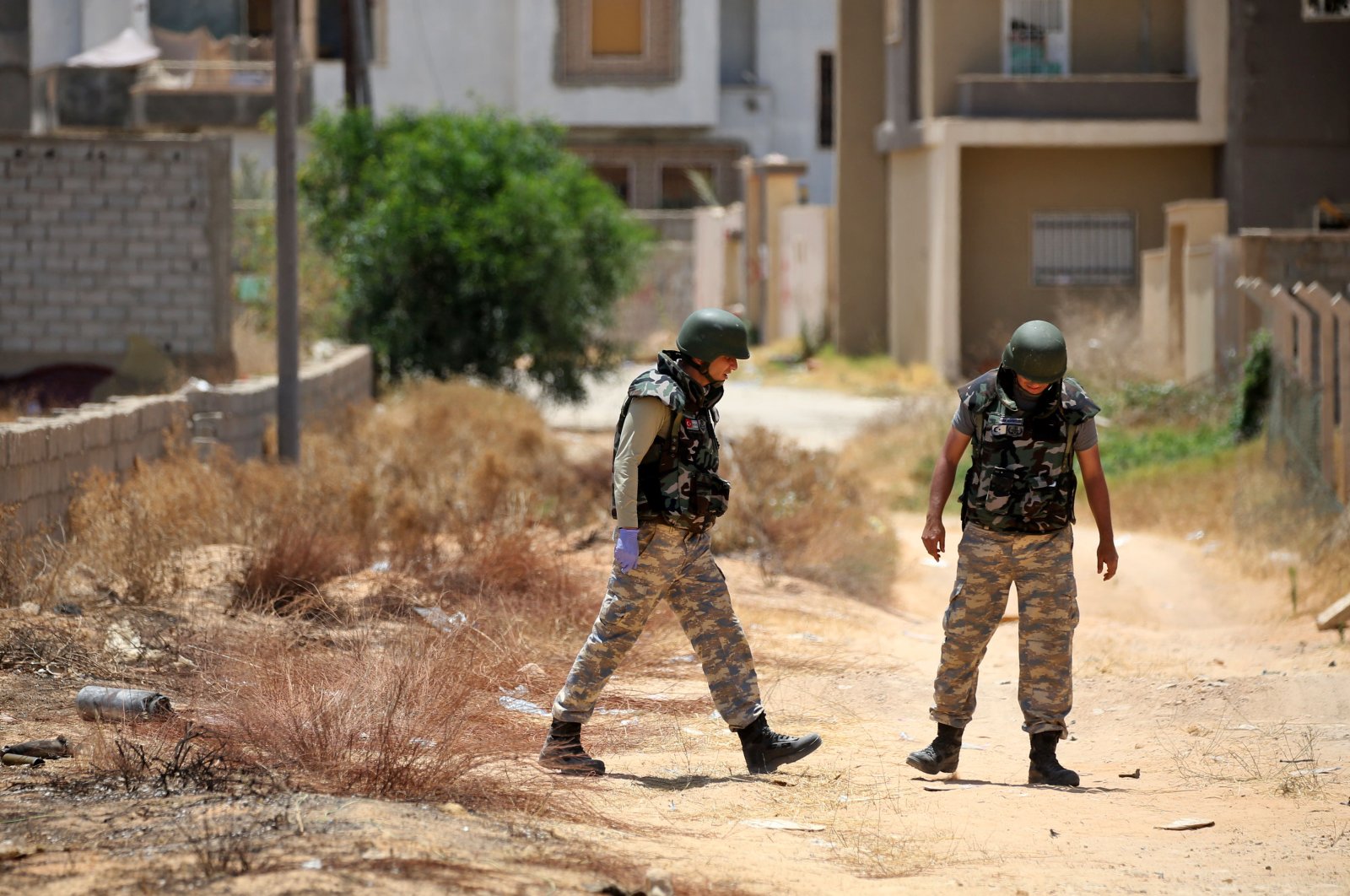 Turkey on Tuesday slammed France’s comments over Ankara’s role in Libya, saying the comments showed the "dark and inexplicable" policy by France toward Libya and said Paris’s support for the forces of putschist Gen. Khalifa Haftar against the U.N.-recognized Government of National Accord (GNA) was exacerbating the crisis in the country.

"The support France has provided the putschist and pirate Haftar, who aims to impose an authoritarian regime by toppling the legitimate government and who has openly announced he does not want a political solution, has exacerbated the crisis in Libya,” the Turkish foreign ministry said in a statement.

"It is unacceptable for a NATO ally to behave this way," it said.

Aksoy accused Paris of serving as the "subcontractor for some countries in the region," an allusion to the United Arab Emirates and Egypt.

The heated exchange risks raising tension further between Ankara and Paris, two NATO allies whose relations have deteriorated since 2016.

Turkey will continue supporting efforts under the auspices of the U.N. to ensure lasting peace and stability in Libya, the statement concluded.

Meanwhile, a French defense ministry official said NATO "cannot bury its head in the sand" regarding Turkey's recent behavior in Libya, as he claimed the country has become a "problem."

"We have known complicated moments in the alliance, but we can't be an ostrich and can't pretend there isn't a Turkey problem at NATO. We have to see it, say it and handle it," the official, who was speaking ahead of a defense ministers' NATO summit on Wednesday, said, according to Reuters.

On Monday, France said it wanted talks with NATO allies to discuss what it claimed was Turkey's increasingly "aggressive" role in Libya.

The foreign ministry’s statement stressed the support by France and some countries, which violates U.N. and NATO decisions, to illegitimate structures was the main obstacle to the establishment of peace and stability in Libya.