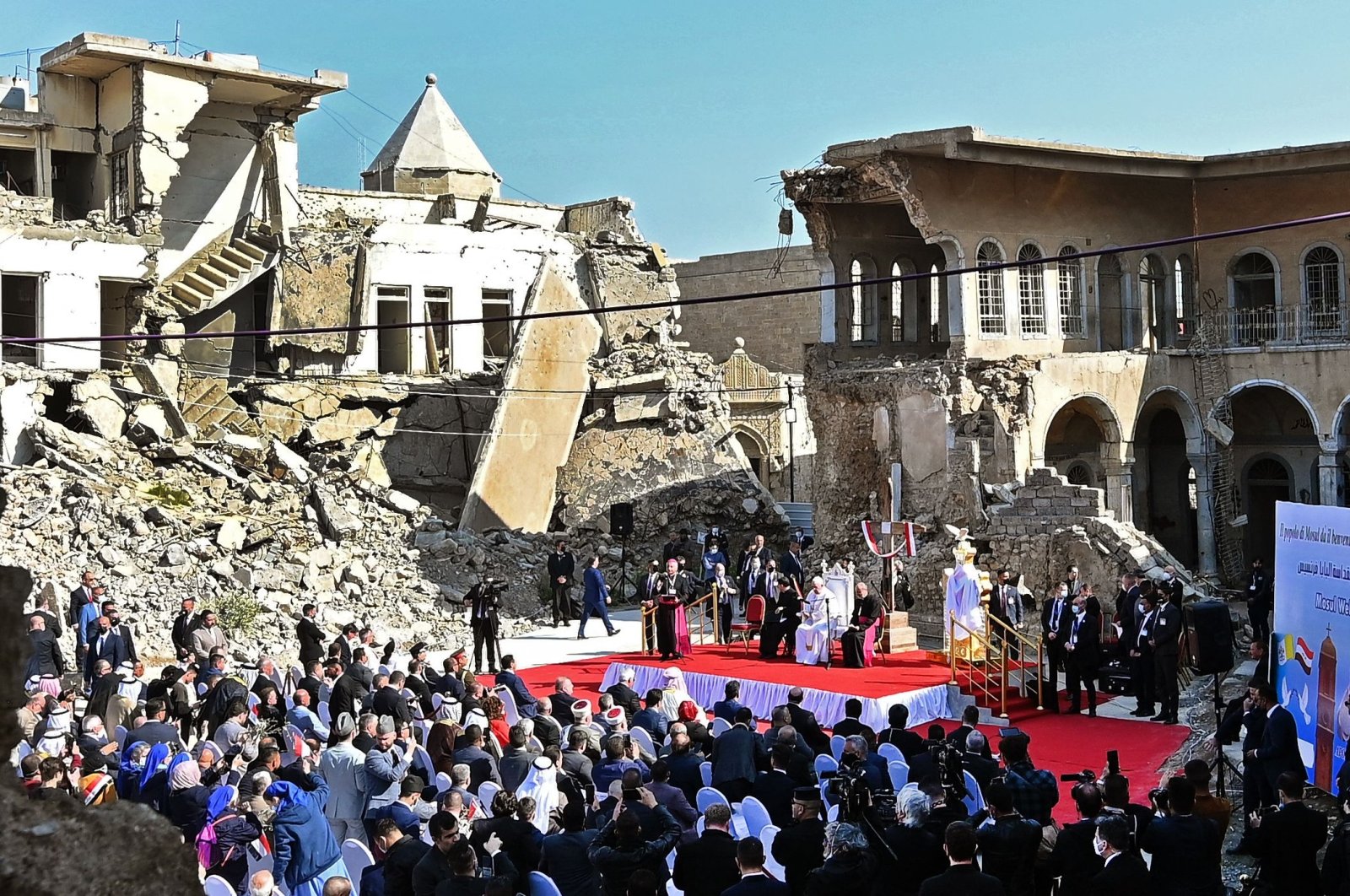 Pope Francis speaks at a square near the ruins of the Syriac Catholic Church of the Immaculate Conception (al-Tahira-l-Kubra), in the old city of Iraq's northern Mosul, March 7, 2021. (AFP Photo)
by DAILY SABAH Mar 10, 2021 3:02 pm

The Turkish Foreign Ministry criticized the Kurdistan Regional Government (KRG) in Iraq for issuing commemorative stamps that show a part of Turkish territory as KRG's. The stamps were issued on the occasion of Pope Francis’ visit to the administration.

In a statement, the ministry said some KRG administrators have exploited the Pope’s visit as a means to expose their "raw dreams" targeting the territorial integrity of neighboring countries.

"The KRG authorities shall remember how such insidious goals end up in vain," the statement said.

The ministry also urged the KRG to immediately fix the "grave mistake" and issue a necessary statement on the matter.

The map used in the commemorative stamp included over 10 Turkish provinces, including Hatay, Ağrı, Kahramanmaraş, Gaziantep, Mardin and Van as part of "Greater Kurdistan."

Back in 2017, the KRG had been involved in a similar controversy during a referendum, as then-President Masoud Barzani used banners containing maps that showed 27 eastern Turkish provinces as part of "Greater Kurdistan." After severe criticism, the administration issued statements saying that they respect Turkey’s territorial integrity.