'Turkey stands by Bosnia in fight for justice for Srebrenica genocide' 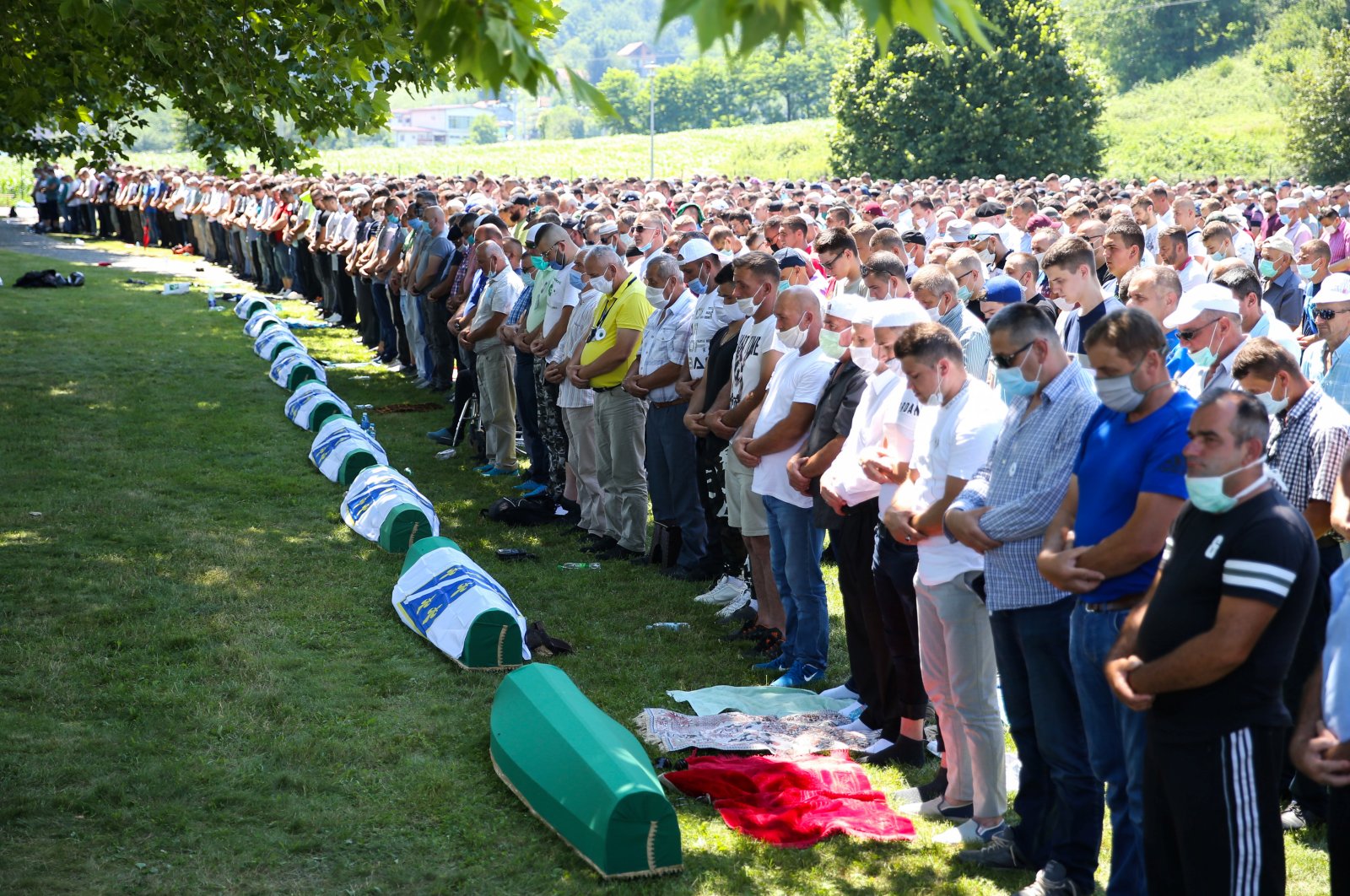 People pray near coffins at a graveyard during a mass funeral in Potocari near Srebrenica, Bosnia and Herzegovina on July 11, 2020. (Reuters Photo)
by DAILY SABAH WITH AGENCIES Jul 11, 2020 2:30 pm
RECOMMENDED

"We will always stand by our Bosnian brothers in their search for justice. The Srebrenica Genocide will never be forgotten," Erdoğan said in a video message.

As part of the 25th anniversary of the Srebrenica Genocide, Erdoğan spoke via video link at the memorial ceremony held at the former accumulator factory used by the United Nations troops as a base in the war in Bosnia.

Erdoğan stressed that despite all tragedy and tears, European politicians have learned no lessons from the Srebrenica Genocide, adding that free use of words that "fuel enmity towards Islam and support xenophobia is a source of concern for our future."

"Even though it has been a quarter of a century since the genocide, our pain is still fresh. Our hearts are wrenched with every mass grave unearthed," he said.

In July 1995, at least 8,000 Bosnian Muslim men and boys were chased through the woods in and around Srebrenica by Serb troops in what is considered the worst carnage of civilians in Europe since World War II. The Srebrenica massacre is the only episode of the Bosnian war to be defined as a genocide, including by two United Nations courts.

What took place in Srebrenica was a mark of shame for the international community because the town had been declared a U.N. “safe haven” for civilians in 1993.

The killers sought to hide evidence of the genocide, piling most of the bodies into hastily made mass graves, which they subsequently dug up with bulldozers. The bodies were scattered across numerous burial sites.

In the years since the war, remains of nearly 7,000 victims of the massacre have been dug out and identified through DNA testing. About 1,000 victims remain to be found.

A special U.N. war crimes tribunal in The Hague and courts in the Balkans have sentenced close to 50 Bosnian Serbs to more than 700 years in prison for Srebrenica crimes.

However, adding to the suffering of the survivors, many Serbs still deny the extent of the 1995 Srebrenica killings and often even celebrate the executioners. Last year, top Bosnian Serb leader Milorad Dodik called the massacre “a fabricated myth.”