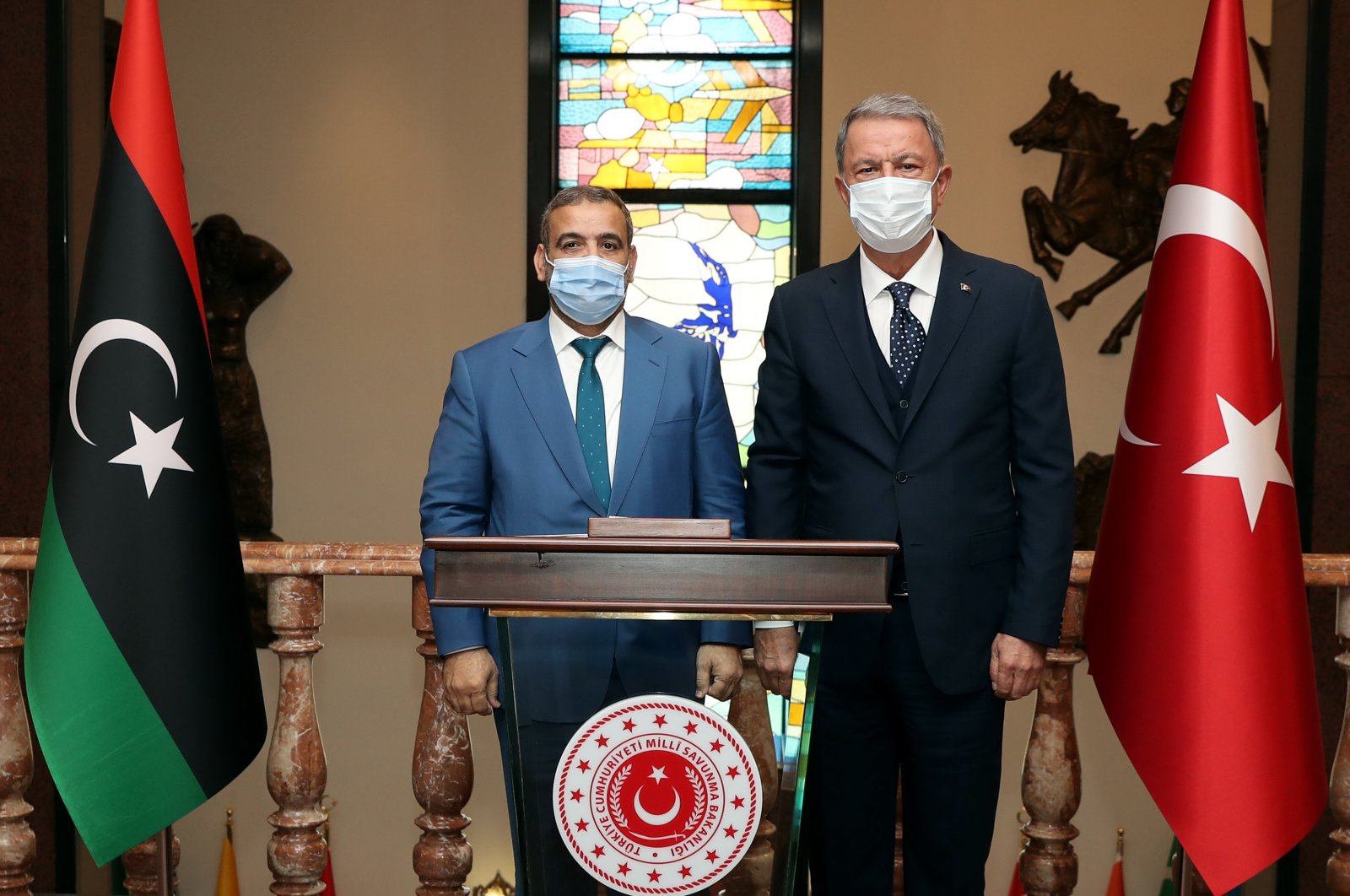 According to a statement by the ministry, Akar told Mishri that Turkey will continue to stand by the GNA as officials exchanged views regarding the latest developments in the war-ravaged North African nation.

The ministry also said in the statement that Akar underlined in the meeting the brotherly ties between the two countries that span 500 years.

“Turkey will continue to provide education and counseling to its Libyan brothers in the fields of military and security,” the statement added.

Akar also told Mishri that Turkey stands beside the legitimate Libyan government, which is recognized as such by the United Nations.

“Turkey will continue to make efforts for stability in the region,” he said.

The minister added that Turkey acts according to the principle of “Libya belongs to Libyans.”

“We will continue our efforts for a stable, independent and sovereign Libya,” Akar concluded.

Recently, Akar’s Libyan counterpart Salah Eddine al-Namrush reiterated that Libya and Turkey have started implementing a series of programs to reconstruct the military.

The first training was expected to be carried out soon west of the capital Tripoli, the minister said.

Back on Aug. 17, al-Namrush announced that they signed a deal with Turkish and Qatari defense ministers to provide assistance to restructure the military in the country.

The Turkish military will provide assistance in restructuring the Libyan Army into a regular army based on the model that was used in training the Azerbaijani army.

Turkish military advisers are expected to provide training and logistical assistance in cooperation with Qatar to reestablish a regular army in Libya.

Libya's GNA made a formal request for "air, ground and sea" support from the Turkish military to help fend off an offensive by forces loyal to putschist Gen. Khalifa Haftar, who is attempting to take control of the capital, Tripoli. Turkey supports the GNA, which is also backed by the United Nations, against Hafter's militia and mercenaries.

Haftar has the support of the United Arab Emirates (UAE), Egypt and Russia, while the U.N.-recognized government is backed by Turkey.

Russia and the UAE have been providing arms and military equipment to Haftar’s forces.