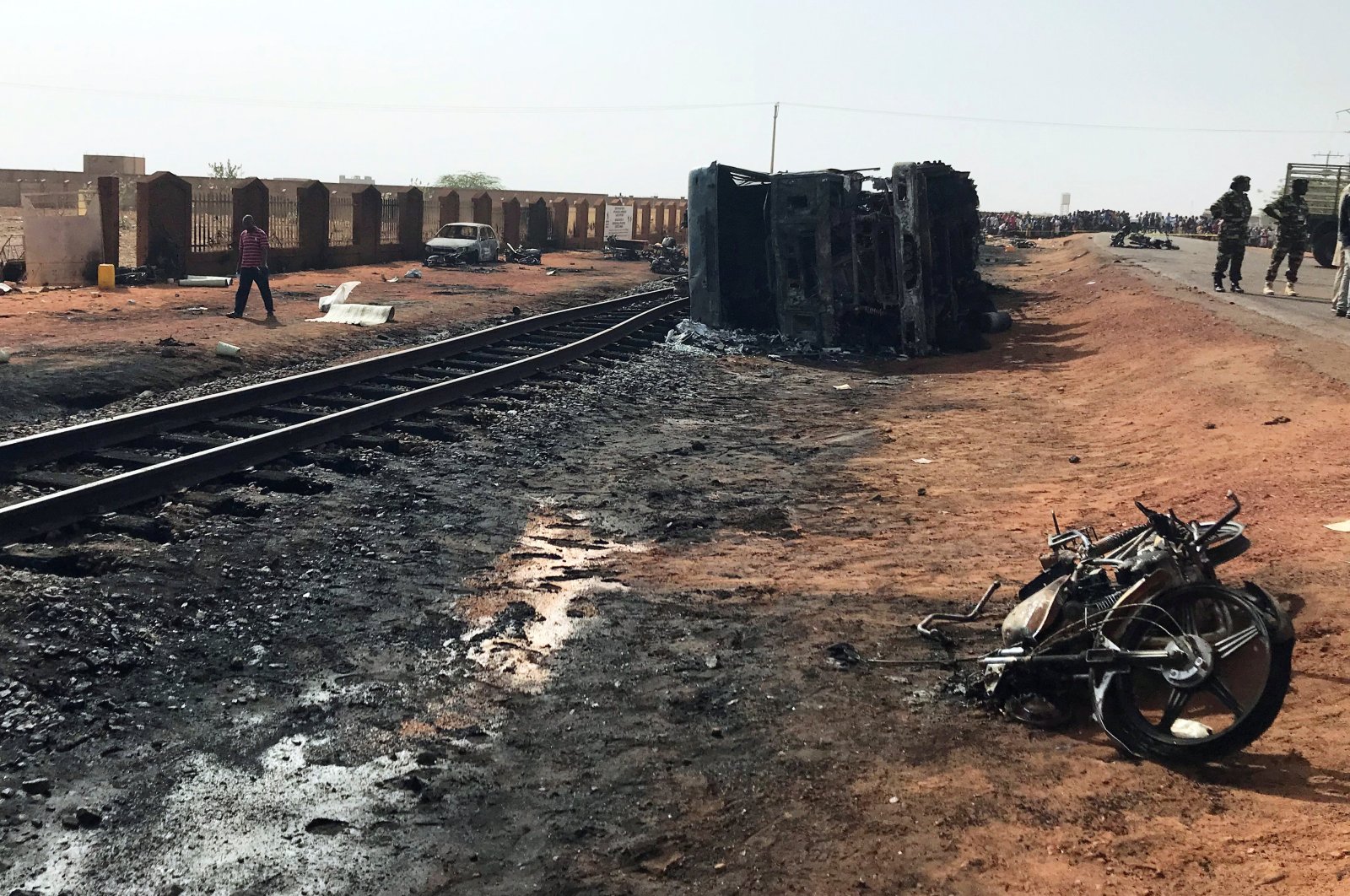 A general view shows the site of the explosion of a fuel tanker on the highway linking Niger's Diori Hamani international airport to the capital Niamey, Niger May 6, 2019. (Reuters Photo)
by Daily Sabah with AA Nov 05, 2021 10:11 am
RECOMMENDED

Turkey's Foreign Ministry on Thursday strongly condemned the "heinous terrorist attack" on Niger's border with Mali which caused the deaths of at least 69 people Tuesday.

“We are deeply saddened to receive the news that more than 60 people lost their lives during an attack perpetrated in a village located in the Tillaberi region of Niger, on 4 November 2021,” the ministry’s statement said.

“We strongly condemn this heinous terrorist attack. We extend our sincere condolences to the families of those who lost their lives, to the friendly and brotherly people and Government of Niger and wish a speedy recovery to the injured,” it added.

The attack targeted a delegation led by the mayor of Banibangou in the Tillaberi region near the Malian border, the government said in a statement.

Fifteen people survived, several were wounded and a dozen are missing, it said. Following the tragedy, the government declared a national period of mourning of 48 hours from Friday.

No group has claimed responsibility for the attack. But earlier, Interior Minister Alkache Alhada told state television that a search operation was underway.

The attacks targeting civilians and the army are blamed on Daesh and an al-Qaida-affiliated group.

Since the beginning of the year, more than 500 deaths have been recorded, according to official data, and thousands have been displaced fleeing the violence.

The Tillaberi region is facing a major food crisis, with nearly 600,000 people facing food insecurity due to insecurity and recurrent attacks by suspected elements of non-state armed groups targeting farmers and civilians, according to the United Nations.