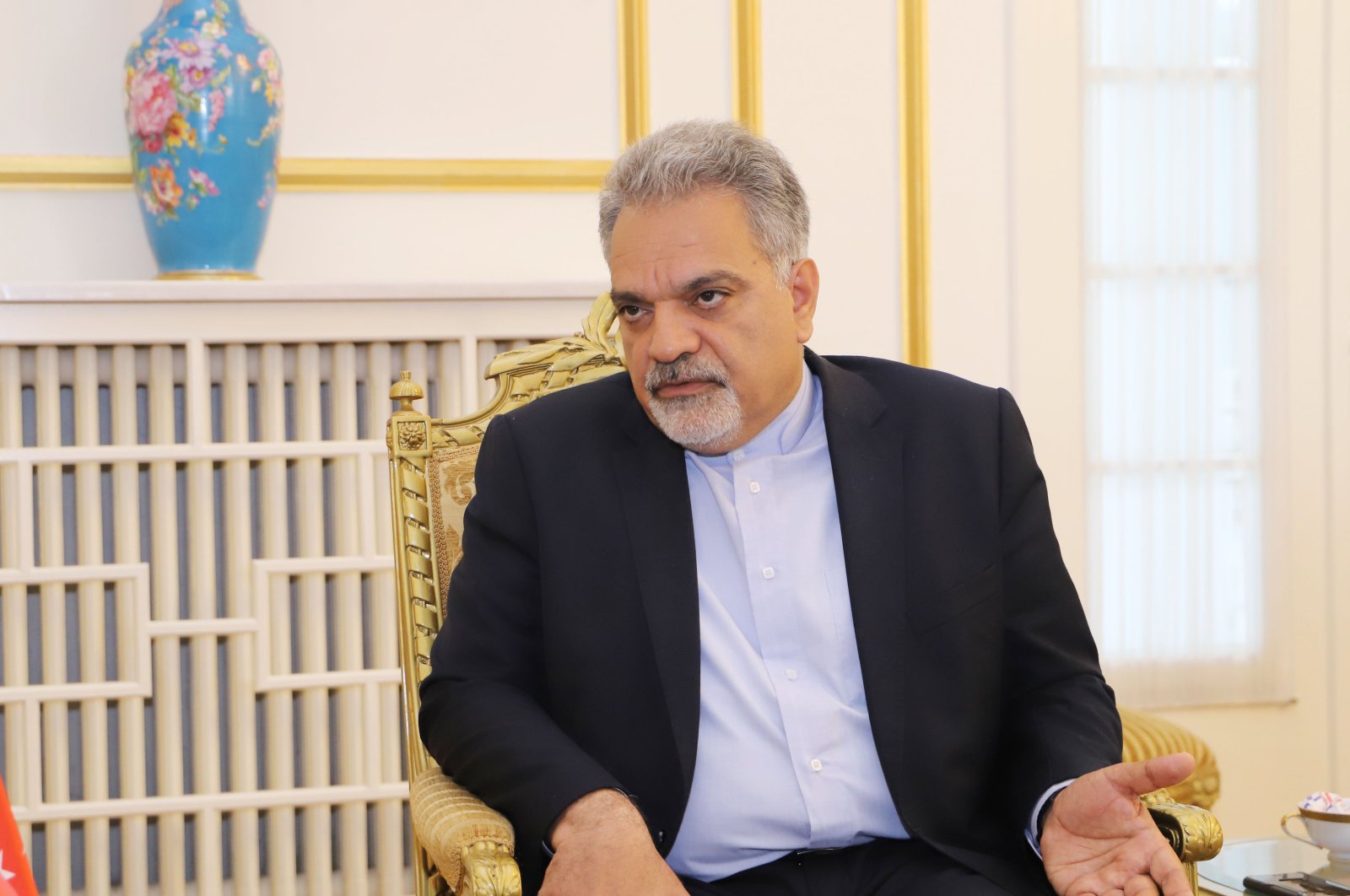 Iranian Ambassador to Turkey Mohammad Farazmand during an interview with Daily Sabah in Ankara, May 4, 2019.
by Anadolu Agency Dec 11, 2020 11:49 pm

Turkey on Friday summoned the Iranian ambassador over unfounded allegations made about President Recep Tayyip Erdoğan, according to diplomatic sources.

Ambassador Mohammad Farazmand, the ambassador in the capital Ankara, was summoned by Turkey's Foreign Ministry to hear Ankara's condemnation of unfounded allegations against Turkey and Erdoğan as well as Iran's summoning of Turkey's envoy to Tehran, said the sources, who asked not to be named due to restrictions on speaking to the media.

Earlier Friday Iran summoned Turkey's ambassador to the country over a poem Erdoğan read out during a ceremony in Azerbaijan.

Örs was also told that Iran urgently expects an explanation, the statement added.

On Thursday, Erdoğan attended a victory parade in Azerbaijan's capital Baku to mark the country's recent military success in liberating Nagorno-Karabakh and adjacent regions from nearly 30 years of Armenian occupation.