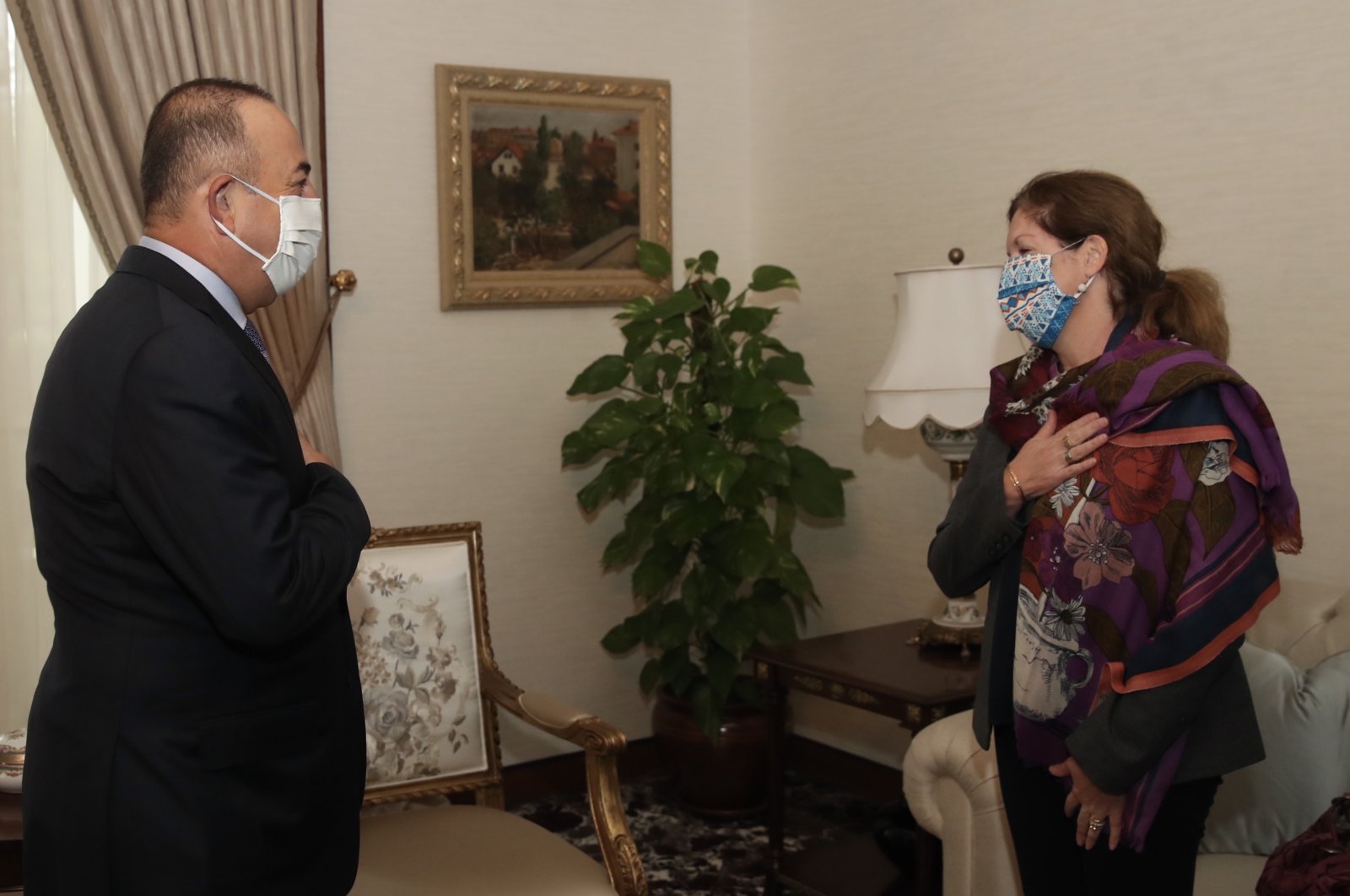 Turkey will continue to support the United Nations-led political process that is working to ensure lasting peace and stability in Libya, Foreign Minister Mevlüt Çavuşoğlu stated Friday after meeting with the U.N.'s special envoy in the capital Ankara.

We will always stand by the friendly and brotherly people of Libya, the top diplomat wrote on Twitter.

Stephanie Turco Williams, the United Nations secretary-general's deputy special representative of political affairs for the U.N. Support Mission in Libya, visited Turkey on Friday to discuss current developments in the war-torn country, where rival parties recently agreed to a cease-fire and peace talks. Williams held talks with Çavuşoğlu and Deputy Foreign Minister Sedat Önal and informed the Turkish authorities on the ongoing preparations for the upcoming Libyan political dialogue forum.

The U.N. Security Council (UNSC) on Tuesday ratified the cease-fire hammered out between Libya's warring parties on Oct. 23.

Libya has been wracked by conflict since the overthrow of late Libyan leader Moammar Gadhafi in 2011. Last week a truce was agreed upon in Geneva by the Tripoli-based, U.N.-recognized Government of National Accord (GNA) and putschist Gen. Khalifa Haftar based in the east of the country.

Haftar, backed by Egypt, France, Russia and the United Arab Emirates (UAE), launched an offensive on Tripoli in April 2019 but was repelled by GNA forces with Turkey’s help.

In the face of Haftar’s aggressions, Ankara and the Tripoli-based government last year reached two separate memorandums of understanding (MoU), one on military cooperation and the other on the maritime boundaries of countries in the Eastern Mediterranean.

Within this scope, Turkey has started providing military training to 120 Libyan soldiers.

The political talks started online and will move to Tunis on Nov. 9. The United Nations has said it is imperative to agree on arrangements to hold elections as soon as possible, including by forming a new unified leadership to oversee them.