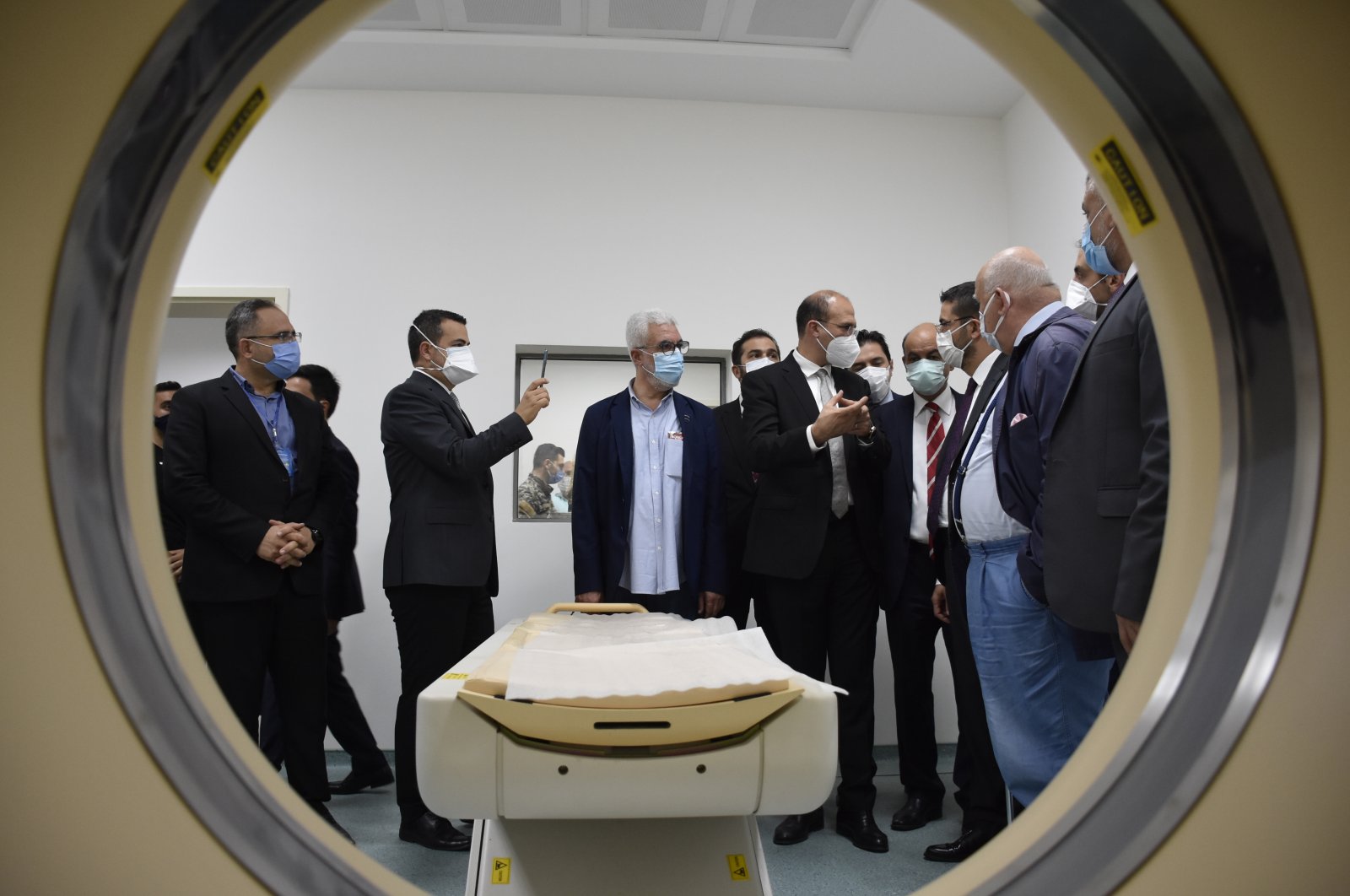 Turkey has taken a holistic approach in its humanitarian aid efforts in Lebanon, the Turkish envoy to the crisis-hit country said Wednesday.

"When we look at Lebanon, we see Lebanese, not Christians or Muslims," Ambassador Hakan Çakıl told Anadolu Agency (AA).

Ankara continues to deliver humanitarian aid to Beirut without discriminating along ethnic or religious lines, he added.

On Aug. 4, at least 200 people died and around 6,000 were injured when an explosion in a warehouse filled with a neglected stockpile of 2,750 tons of ammonium nitrate ripped through the Port of Beirut. At least 300,000 people were left homeless.

Immediately going into the fray, Turkish rescue teams and medical staff set off less than 24 hours later for the blast site, bringing tons of medical materials with them.

"We share the pain and grievances of the Lebanese nation from the first day of the horrific blast. Turkey felt this explosion as if it happened in Turkey," said Çakıl.

Noting the government's heavy load in the aftermath of the incident, Çakıl said relief organizations and international financial institutions had been reluctant to extend aid to Lebanon.

The international community has little trust in the capacity of the government to manage things effectively, and many groups and bodies have sought to use alternative channels to deliver relief.

"From day one, Turkey has been working with the Lebanese army since martial law had been declared following the blast," Çakıl explained.

Lebanon's government announced a two-week state of emergency so troops could maintain order and help with recovery missions.

Çakıl said Turkey had handed over all deliveries of humanitarian aid to the army, adding: "When the medical team came from Turkey, they always coordinated their duties with the Lebanese army."

"Since it's a humanitarian issue, we have no other motives or prejudices. So far, our collaboration has been quite potent," the envoy said.

According to Lebanon's Health Ministry, nearly 180 people have died and over 6,000 were injured since the explosion on Aug. 4 ravaged parts of the Lebanese capital.

The numbers, though, are likely to rise as efforts continue to find missing people.

Citing a proposal by Ankara for its nearby Mersin International Port on the Mediterranean coast to substitute for Beirut's harbor until it was repaired, Çakıl said Turkey is prepared to help Lebanon meet its maritime needs.

"We offered the port of Mersin to the service of the Lebanese government to compensate for the loss of capacity in Beirut's port."

The storage facilities in the Lebanese capital particularly suffered damage in the blast and are currently able to function at only 30% capacity.

So, the Turkish government told Lebanon that importers could use storage facilities in Mersin's port, free of charge, explained Çakıl.

"But, unfortunately, the Lebanese government resigned in less than 24 hours of the proposal," he said, adding that Turkey would renew its offer with the next government.

Turkey also told religious authorities in Lebanon that it is ready to help repair the Mohammad Al-Amin Mosque and Saint George Greek Orthodox Cathedral, which are situated side by side in downtown Beirut less than 1.5 kilometers (0.9 miles) from the blast's epicenter.

Çakıl also noted that the Saida Turkish Hospital in the south of Lebanon could have helped treat the wounded if it had been open.

The hospital was built by the Turkish Cooperation and Coordination Agency (TIKA) in 2010 and handed over to the Lebanese government with modern equipment. However, the facility has been closed since then for various reasons.

Talks with Lebanese officials on opening the hospital have been fruitful, Çakıl said, as Lebanese authorities also wanted it open as soon as possible.

Dr. Serkan Topaloğlu from Turkey's Health and Food Policies Committee was appointed by President Recep Tayyip Erdoğan as a special envoy to start the process of opening the hospital for patients.

The hospital will be a great help for Lebanon especially during the pandemic and following the Beirut blast, and its services will also be critical for trauma patients.

Within this action plan, the two sides have formulated a working schedule under which the hospital will open at the earliest date by improving its deficiencies within a period of 15 days to three months.