Turkey to build its future with Europe, Erdoğan says 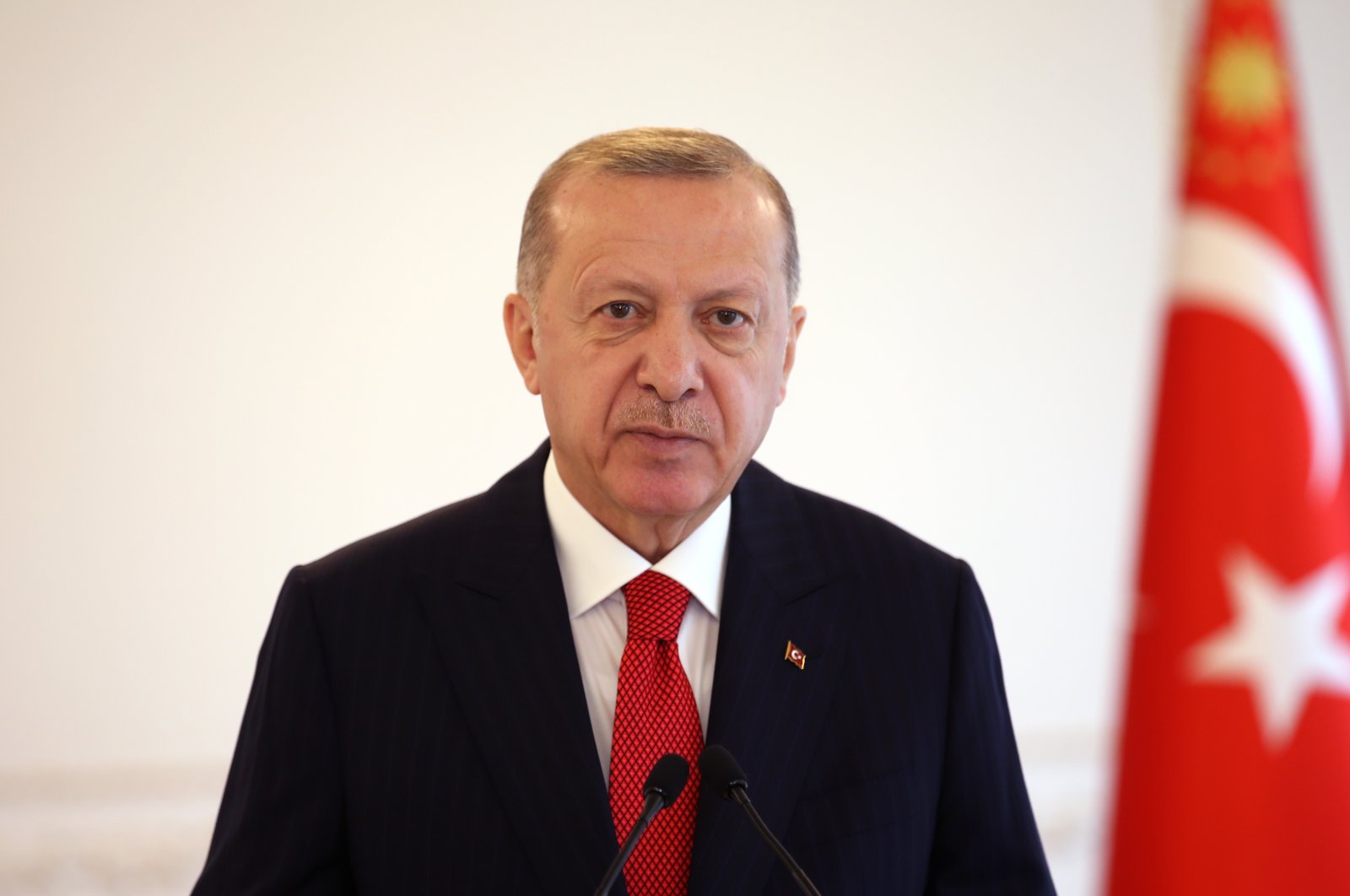 President Recep Tayyip Erdoğan said Saturday that Turkey sees itself in Europe and seeks to build its future in the continent.

"We see ourselves in Europe, not anywhere else, we look to build our future with Europe," Erdoğan said in his online speech during the Justice and Development Party’s (AK Party) congresses in several provinces.

“We will find a proper place in the post-pandemic world by improving our judicial infrastructure, strengthening the foundations of our economy, increasing production and employment,” he added.

Last week, Erdoğan said that Turkey was entering into a new period for both the economy and the judiciary and that Parliament will prioritize the new judiciary reform packages next year. He pledged a new economic growth strategy that will enable an improved investment climate for foreign investors backed by an efficient judicial system, saying that the strategy would be based on stability, lower inflation and international investment.

During Saturday's online speech, the president also noted that Turkey wants to enhance its cooperation with its allies, saying that Ankara has no problems with any country which cannot be solved through dialogue and diplomacy.

“We want to use our close alliance relations with U.S. actively to solve all regional and global issues,” he added.