Turkey to continue to support North Macedonia in all aspects, Parliament speaker says 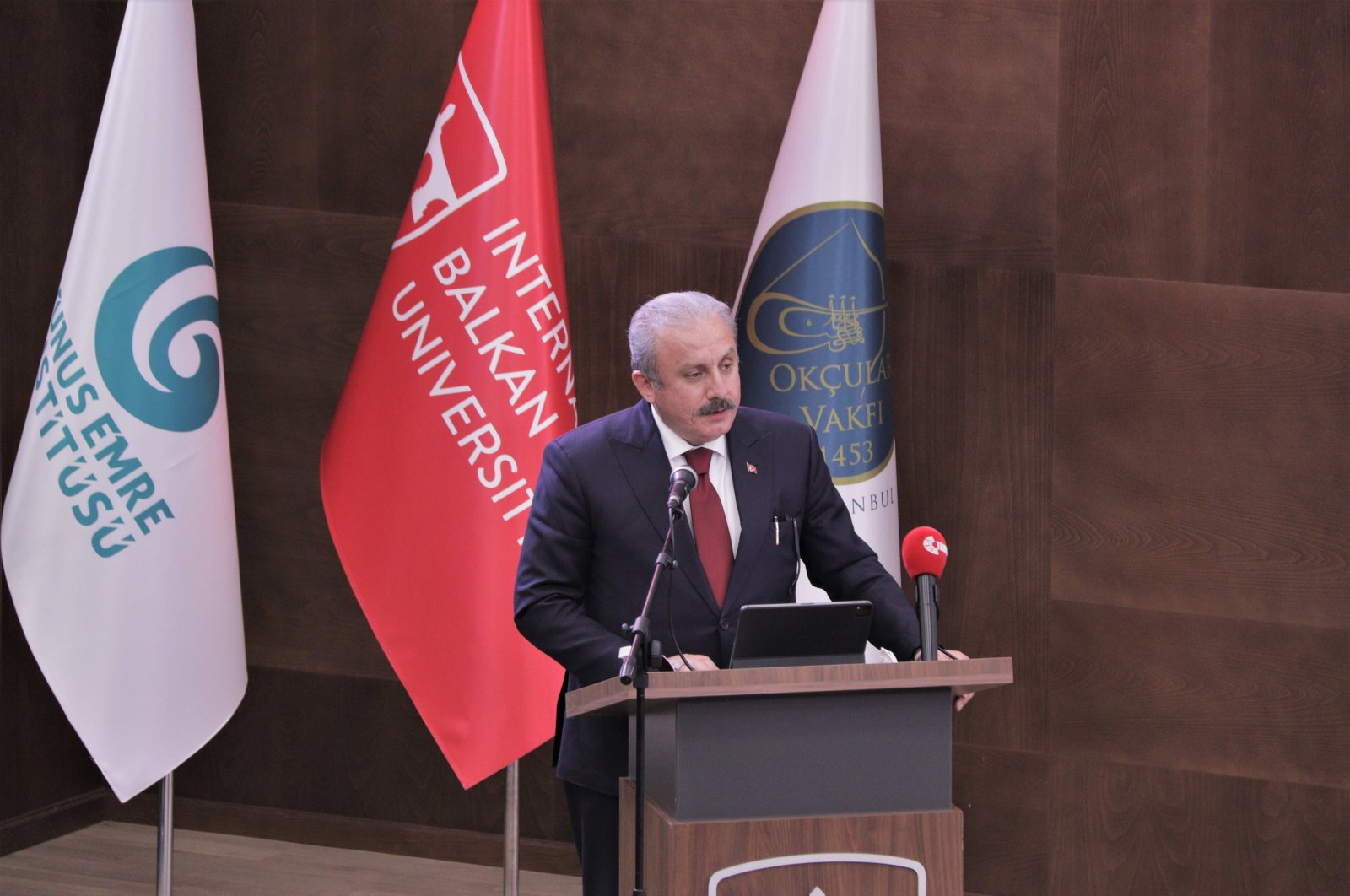 Turkey has supported North Macedonia and its presence on all international platforms since its establishment, Şentop told Anadolu Agency (AA).

“Turkey was one of the first countries to recognize the Republic of North Macedonia with its true identity and name. Later, it supported North Macedonia’s memberships in the EU and Atlantic institutions,” he pointed out.

As a founding member, Turkey hosts the BSEC's headquarters and secretariat and closely follows the regional bloc's activities.

North Macedonia officially joined the BSEC as its 13th member on Monday.

Şentop visited the capital Skopje on the occasion of the Turkish Language Day celebrations and held high-level meetings with several authorities.

The Parliament speaker elaborated that both countries especially focus on economic relations and that the issue of updating the free trade agreement (FTA) was addressed.

He reiterated that companies of Turkish-descent businesspeople have significant investments and are active in the country and that Turkey hopes to contribute to North Macedonia's development.

Şentop, on the other hand, also warned North Macedonia regarding the threat the Gülenist Terror Group (FETÖ) poses not only to Turkey but also to all countries in which it operates.

FETÖ and its U.S.-based leader Fetullah Gülen orchestrated a failed coup in Turkey that left 251 people dead and over 2,200 others injured. It was behind a long-running campaign to overthrow the Turkish government through the infiltration of state institutions, particularly the military, police and judiciary.

“Turkey has largely completed its fights against this organization within its borders. But though the target of this organization is Turkey, we know and express that it also poses a security threat to all countries in which it operates,” he stated.

As part of high-level visits, Şentop on Monday met with North Macedonia's President Stevo Pendarovski. During the meeting, Şentop and Pendarovski exchanged views about cooperation opportunities at all levels between Turkey and North Macedonia with the spirit of a strong friendly partnership.

Pendarovski said that the two countries contribute to the stability and the security in the region with their NATO alliance.

Pendarovski also expressed his gratitude for Turkey's supports of North Macedonia and emphasized that solidarity, cooperation and mutual support of states are an important precondition for successfully dealing with the consequences of the pandemic.