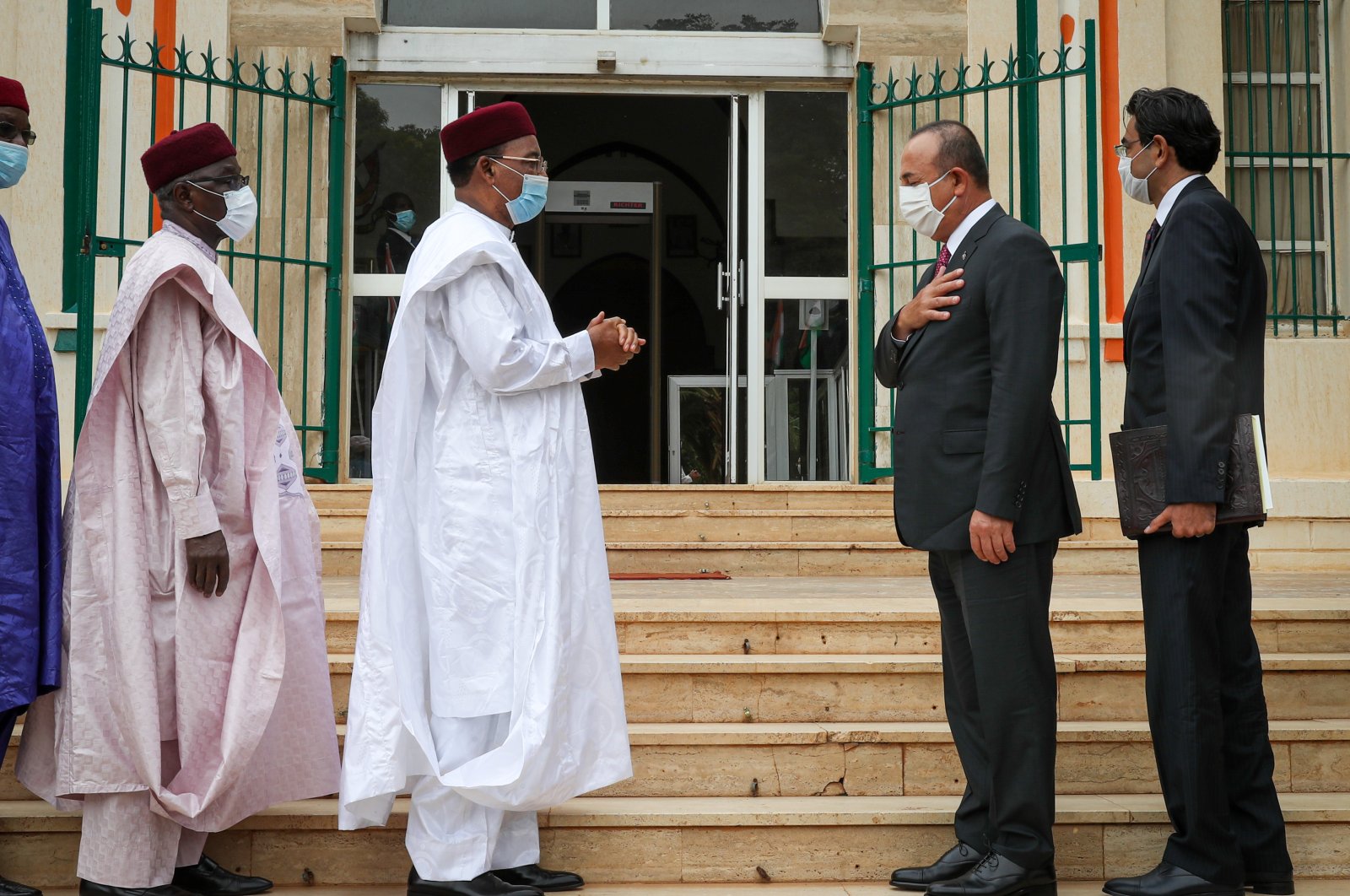 On the second stop of the three-day Africa tour of Turkey’s top diplomat, Foreign Minister Mevlüt Çavuşoğlu said that Ankara aims to contribute to the development of Niger's capital Niamey in the fields of transportation, energy and agriculture.

The three-nation trip includes a stop in Togo which took place Monday, the present visit to Niger and a visit to Equatorial Guinea.

In a joint interview with Niger’s President Issoufou Mahamadou, Çavuşoğlu expressed that the two countries sought ways to further cooperate in every field, adding that Niger has a great vision for the future.

Within this scope, the top diplomat thanked the president for giving a place for Turkish companies in the country and trusting them with their projects. He also stated that agreements in the fields of military, youth and sports will be signed while the legal basis of the current relations would be strengthened.

Çavuşoğlu said President Recep Tayyip Erdoğan planned to visit Niger but could not due to the COVID-19 pandemic, but he is expected to visit in the upcoming period.

Çavuşoğlu said another topic discussed during the meetings was the fight against terrorism, underlining that Turkey is the country that understands Niger’s struggle the best.

More than 20,000 people have died in attacks carried out since 2009 by the Boko Haram terror group in Niger, and more than 2 million people have been displaced.

Apart from terrorism, Niger has also been affected by the Libyan conflict that has arisen between the United Nations-backed government and putschist Gen. Khalifa Haftar. Beset by years of war, Libya has been a main transit point for Africans seeking economic opportunities in Europe.

“The situation in Libya in all aspects and fields is mostly felt by neighboring countries, countries on the coast and Niger,” Çavuşoğlu pointed out, saying that the conflict and regional situation were also among the issues discussed.

Under President Erdoğan's leadership, Turkey has pursued unprecedented outreach to Africa based on the principle of win-win.

As part of the country's cooperation with Africa, the Turkish government has donated millions of dollars for infrastructure development on the continent and sponsored hundreds of African students.

Turkey's presence is felt across the continent, where there are a number of Turkish organizations, including the Turkish Cooperation and Coordination Agency (TIKA), the Maarif Foundation and the Yunus Emre Institute, among others.