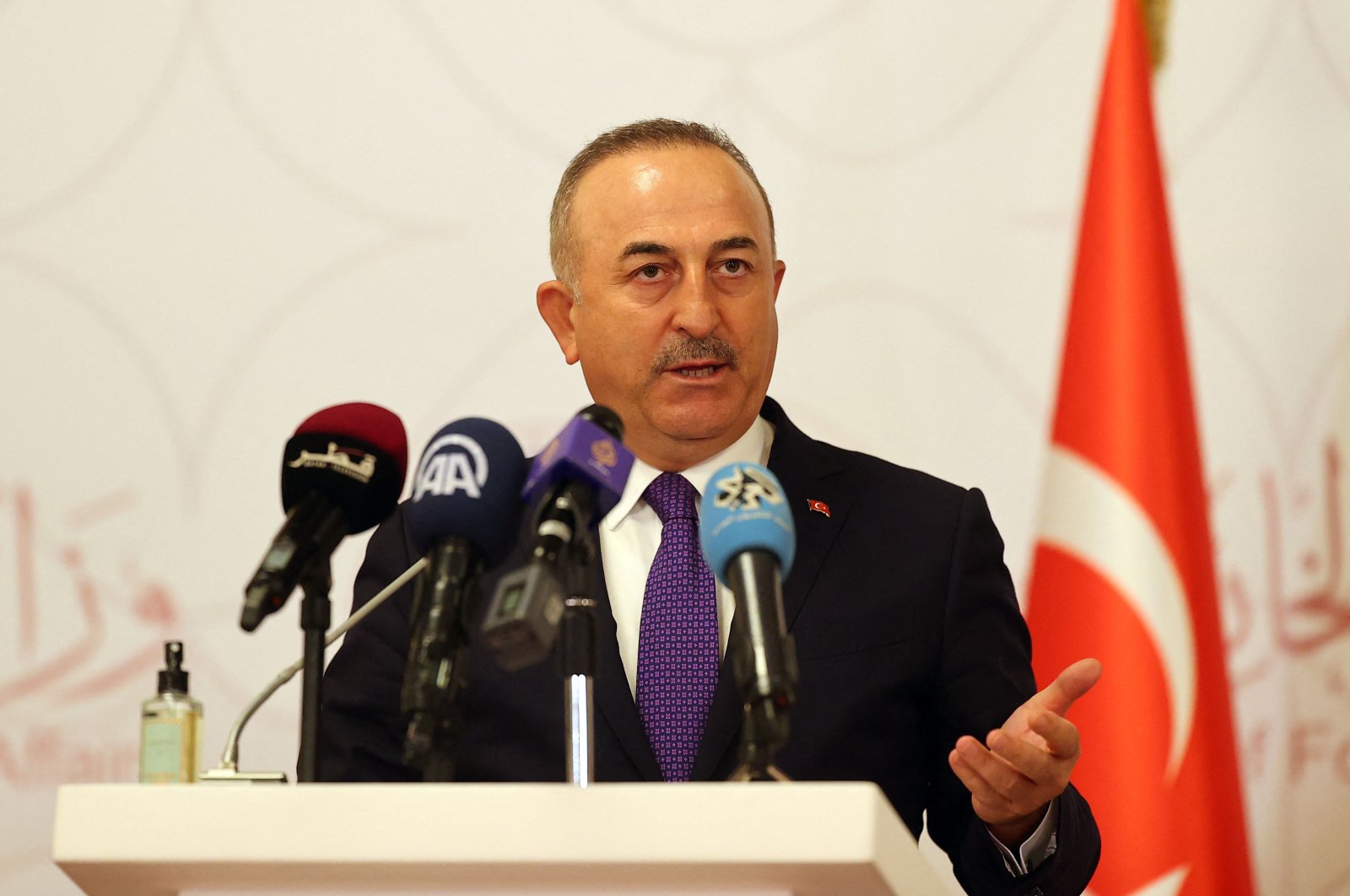 "Rather than trying to make arrangements with the Assad regime, the international community should look for ways to cooperate with Syrians," the foreign minister continued and added: "We should focus on having a political process, which is something that the regime will not commit to as long as it is still legitimized by the world."

Çavuşoğlu also said the ministers discussed how to contribute to long-lasting peace in Syria.

Underlining that the legitimate demands of the civilians were ignored, he said Syrians have been exposed to negative impacts of the conflict for over a decade.

He further thanked his Qatari counterpart and the country for the initiative.

Syria has been embroiled in a civil war since early 2011 when the Assad regime cracked down on pro-democracy protests with unexpected ferocity.

Over the past 10 years, hundreds of thousands of people have been killed and more than 10 million displaced, according to United Nations officials.

Lavrov, for his part, expressed that Russia, Turkey and Qatar agree to fight separatist attempts in Syria.

"Today’s meeting is not an alternative to the Astana process. It’s just an attempt to contribute to the Syrian peace process," Al Thani said, regarding the questions of whether the Astana process has been replaced by this new initiative or not.

"Qatari, Russian and Turkish foreign ministers continue to discuss the humanitarian situation in Syria and the facilitation of aid deliveries," he continued.

Meanwhile, Çavuşoğlu also reiterated in the conference that Turkey has the right to purchase S-400 missiles as an independent country that produces 70% of its defense industry by itself.

The three released a joint statement after the meeting, saying that they reaffirm their commitment to advancing the political process in Syria facilitated by the U.N. rather than a military solution.

"Turkey, Russia and Qatar stress the need to facilitate a safe and voluntary return of Syrian refugees and internally displaced persons," the statement continued.

He said he "will work with Qatar on the road to peace in Afghanistan," stressing that the two countries' strong cooperation serves regional peace.

"Continuing to support normalization in Gulf," the Turkish minister said on Twitter, adding that they will continue to further develop cooperation with Qatar in every field.

Ankara and Doha enjoy strong ties, particularly since the 2017 blockade of the Gulf country by Saudi Arabia and others.

On Jan. 5, 2021, Saudi Arabia, the United Arab Emirates (UAE), Bahrain and Egypt signed a reconciliation deal with Qatar during a Gulf Cooperation Council summit to end a more than three-year feud in a move welcomed by Turkey.

Earlier, Çavuşoğlu arrived in the Gulf state of Qatar on a two-day working visit and attended a trilateral meeting with the Qatari and Russian foreign ministers.

"In Qatar, where we came for a trilateral meeting, we discussed the developments regarding the latest situation in Syria with former Syrian Prime Minister Riyad Hijab," said Çavuşoğlu on Twitter.