Turkey to intensify talks to try to reach deal on Ukraine grain: Erdoğan 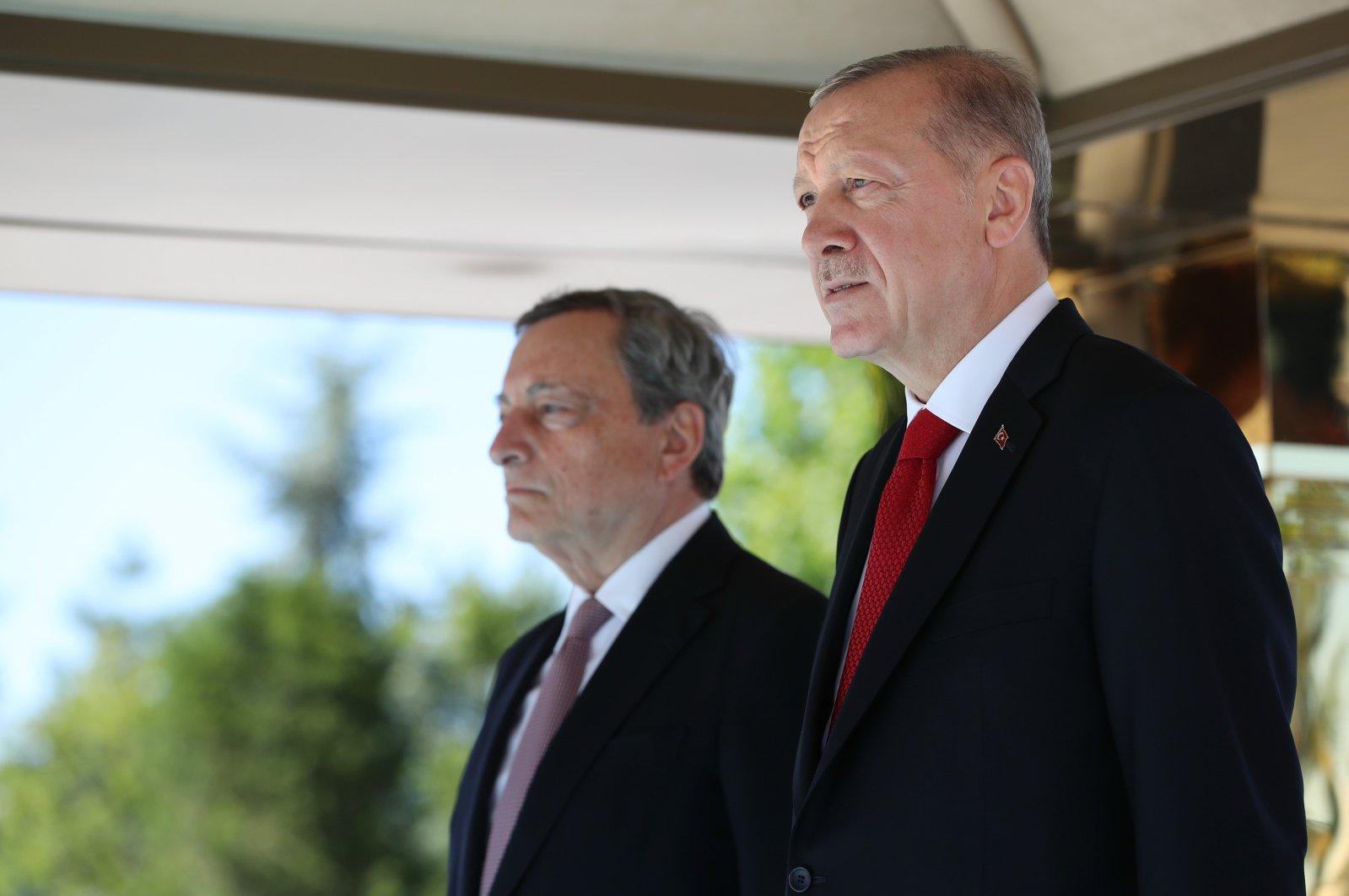 Turkey intends to “intensify” negotiations in the hope of reaching a deal with Kyiv and Moscow on a United Nations plan to export Ukrainian grain to world markets soon, President Recep Tayyip Erdoğan said on Tuesday.

Turkey is working with the U.N., Ukraine and Russia on a plan that would allow millions of tons of Ukrainian grain sitting in silos to be shipped through safe corridors in the Black Sea.

“We will try to achieve an outcome through intensifying our talks (with Russia and Ukraine) in a period of a week or 10 days,” Erdoğan said during a joint press conference with Italian Prime Minister Mario Draghi in the capital Ankara.

Ukraine is one of the world’s largest exporters of wheat, corn and sunflower oil, but Russia’s invasion halted most of that flow, endangering food supplies to many developing countries, especially in Africa.

Noting that Turkey is not facing any problems related to the global grain shortage, Erdoğan underlined that this is not the case for other countries, particularly Africa, which he said is especially experiencing significant problems.

Tens of millions of people across the world are at risk of hunger as Russia’s invasion of Ukraine has disrupted shipments of grain from Ukraine.

The Ukrainian government has cited a Russian naval blockade of its ports, while Russia has claimed that Ukrainian sea mines prevent the safe movement of agricultural exports.

Turkey has played a central role in negotiations with Russia and Ukraine to try to reach an agreement that would allow for an increase in the amount of grain that can get out of Ukraine.

Some grain was transported west by rail out of Ukraine, but experts say restoring Ukraine’s ability to export grain through the Black Sea is necessary to have a significant effect on easing global food shortages.

Draghi praised the possibility of an accord as important not just for getting grain and fertilizer to poor countries, but because it would represent the first agreement Ukraine and Russia had reached on anything during the war, which is now in its fifth month.

“This accord is very important also from the more general point of view within the efforts to arrive at a peace,” he said.

Last week, Draghi said the U.N. plan to export Ukrainian grain via safe sea corridors could save weeks to a month of precious time to empty silos before the autumn harvest since it wouldn’t require demining the ports. He said the plan requires Russia’s final approval.

Italy and Turkey are “united in condemning the Russian invasion of Ukraine and in supporting Kyiv. At the same time, we are on the front line to seek a negotiated solution that could halt hostilities and guarantee a stable and long-lasting peace,” he said Tuesday.

Draghi thanked Turkey for its mediation role in unblocking grain exports from Ukraine, adding, “We need to free these (exports) as soon as possible to avoid a humanitarian and social catastrophe in the poorest countries of the world.”

At the Elmau G-7 meeting, U.N. Secretary-General Antonio Guterres described the outlines of a plan that the U.N. is working on, which foresees a central role for Turkey, he said.