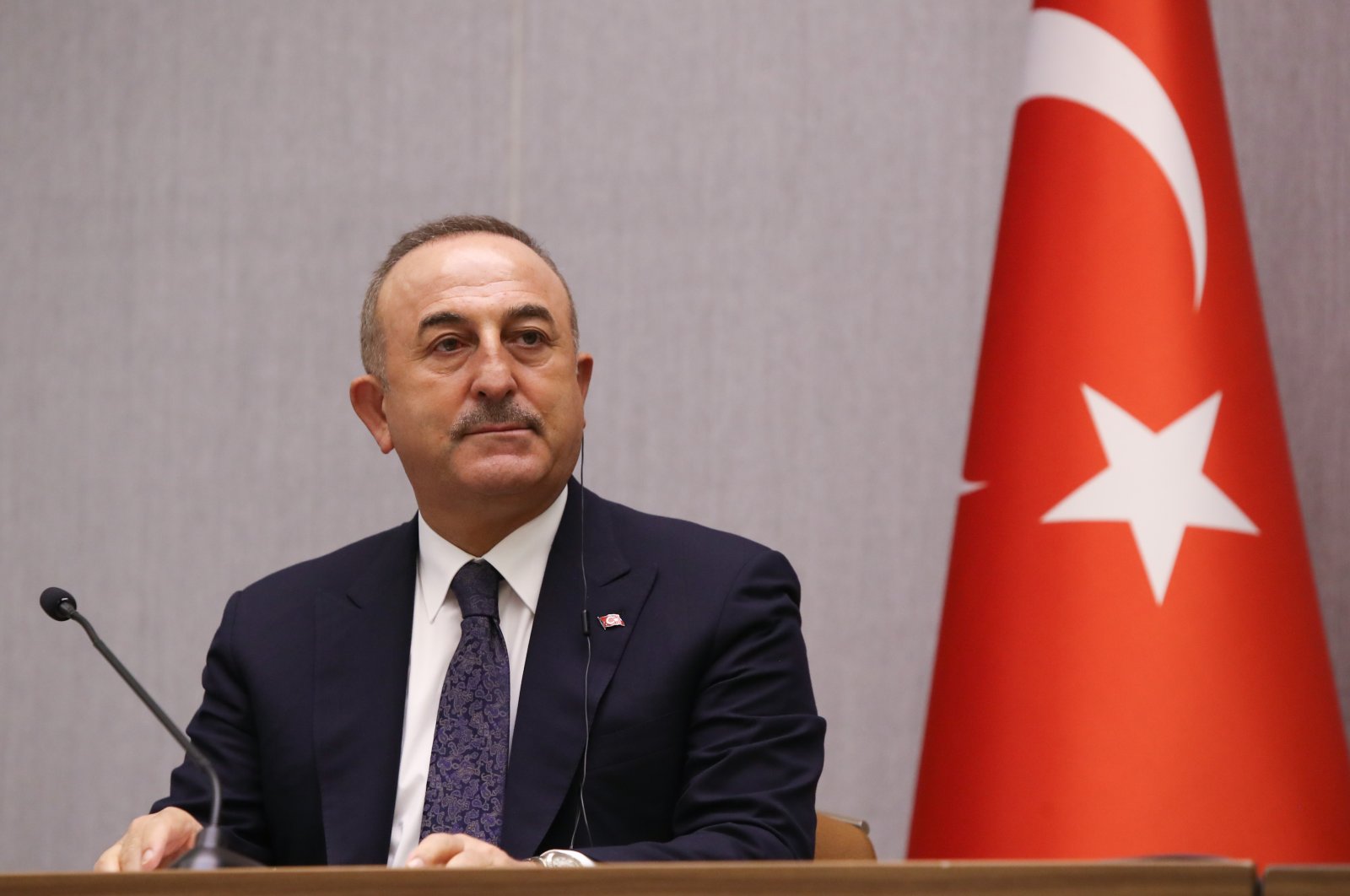 Speaking at a year-end news conference assessing Turkish foreign policy, Çavuşoğlu said a working group on the technical level will be formed as talks among experts had begun.

He said the proposal to set up the Turkish-U.S. working group came from the American side and that experts from both countries had begun discussions.

“Because we support dialogue, we said ‘yes’ to the proposal, and the negotiations at the level of experts have started,” he said.

Ankara had previously proposed a working group to assess the potential impact of the S-400s on NATO systems, a suggestion initially ignored by Washington.

Çavuşoğlu said U.S. Secretary of State Mike Pompeo had now indicated an interest in setting up a joint working group.

"In our meeting with Pompeo, we said our proposal still stands and the Americans said let's work together on this issue. There are talks right now; the joint working group has not been set up yet," he said.

Underscoring that opinions differ as to whether the sanctions are heavy or not, he said imposing sanctions is a misstep both politically and legally.

"It is an attack on our sovereign rights," he stressed.

The U.S. announced sanctions earlier this month to penalize Turkey over its procurement of Russia’s advanced S-400 missile defense system, under a U.S. law known as CAATSA which aims to push back against Russian influence. It was the first time that CAATSA had been used to penalize a U.S. ally.

The sanctions come at a delicate moment in the fraught relationship between Ankara and Washington as Democratic President-elect Joe Biden gears up to take office on Jan. 20, replacing Republican incumbent Donald Trump.

Turkey says its purchase of the S-400s was not a choice but a necessity as it was unable to procure air defense systems from any NATO ally on satisfactory terms.

Turkey, however, stressed that the S-400s would not be integrated into NATO systems and pose no threat to the alliance or its armaments.

Also touching upon bilateral relations with Washington, Çavuşoğlu said Turkey is ready to take steps to improve ties with the new U.S. administration and hopes the Biden administration will do the same.

Ties between the allies have been plagued by numerous other disputes, including U.S. support for PKK’s Syrian branch YPG, which is considered to be terrorists by Turkey, and the continued U.S. residence of the Gülenist Terror Group’s (FETÖ) head Fetullah Gülen, who masterminded the 2016 failed coup attempt in Turkey.

Turkey has in late 2020 voiced that it aims to turn a new page with the European Union.

Turkey-EU ties have been at odds recently, as the conflict of interests over multiple topics caused tension between the two sides. The disagreement over the Eastern Mediterranean has, in particular, occupied bilateral relations for months now.

"Turkey's place is in Europe; we are part of Europe. Though we are not an EU member country, we were one of the founding members," Çavuşoğlu pointed out.

Turkey applied for EU membership in 1987 and its accession talks began in 2005. But negotiations stalled in 2007 due to the objections of the Greek Cypriot administration, as well as opposition from Germany and France. Ankara has also repeatedly complained that Brussels has failed to keep its promises under the 2016 EU-Turkey migration deal to help migrants and stem further migration waves. Turkey currently hosts over 3.6 million Syrians, making it the world's top refugee-hosting country.

He added that several visits between Turkey and EU countries will take place in 2021, including his visits to Portugal, Spain and Ireland in the first few months of the new year. EU foreign policy chief Josep Borrell and European Council President Charles Michel will visit Turkey in mid-January, Çavuşoğlu noted.

Regarding bilateral relations with France, Çavuşoğlu also said Ankara could normalize ties with Paris but cannot remain silent toward its anti-Turkey actions.

Saying that ambassadors of the two countries were working to normalize ties and especially the Syria issue, Çavuşoğlu warned that Turkey cannot remain silent over the words and actions taken against it by France.

Çavuşoğlu had initially mentioned a possible normalization in ties earlier this month but had said Paris must change its stance toward Ankara.

Relations between Turkey and France have deteriorated recently over tensions in the Eastern Mediterranean, but the two allies disagree on other major issues, including the conflicts in Syria, Libya and Nagorno-Karabakh.

Çavuşoğlu also touched upon ties with Israel, saying: "Everyone desires to normalize ties with Israel, however, the situation today is related to Israel's aggressive attitude. If Israel is ready to take positive steps, normalization can happen and we would decide to appoint ambassadors reciprocally."

He stressed that normalization with Israel cannot be done at the cost of the Palestinian issue and that Turkey's efforts to support Palestine and end Israel's illegal violations and occupations would continue in 2021.

Speaking on regional issues, Çavuşoğlu said Turkey continues its efforts to end the civil war in Syria. "On Jan. 5, a meeting toward the content of the Syrian constitution will be held for the first time and the regime will come together with the opposition to create a constitution."

He also spoke on the recent Azerbaijan-Armenia clashes over the Nagorno-Karabakh region.

Çavuşoğlu said an agreement was reached on the opening of the Lachin corridor, connecting Nagorno-Karabakh and Armenia. "This road will also be significant in terms of the Chinese Belt and Road Initiative and will benefit Armenia and its people," he said.