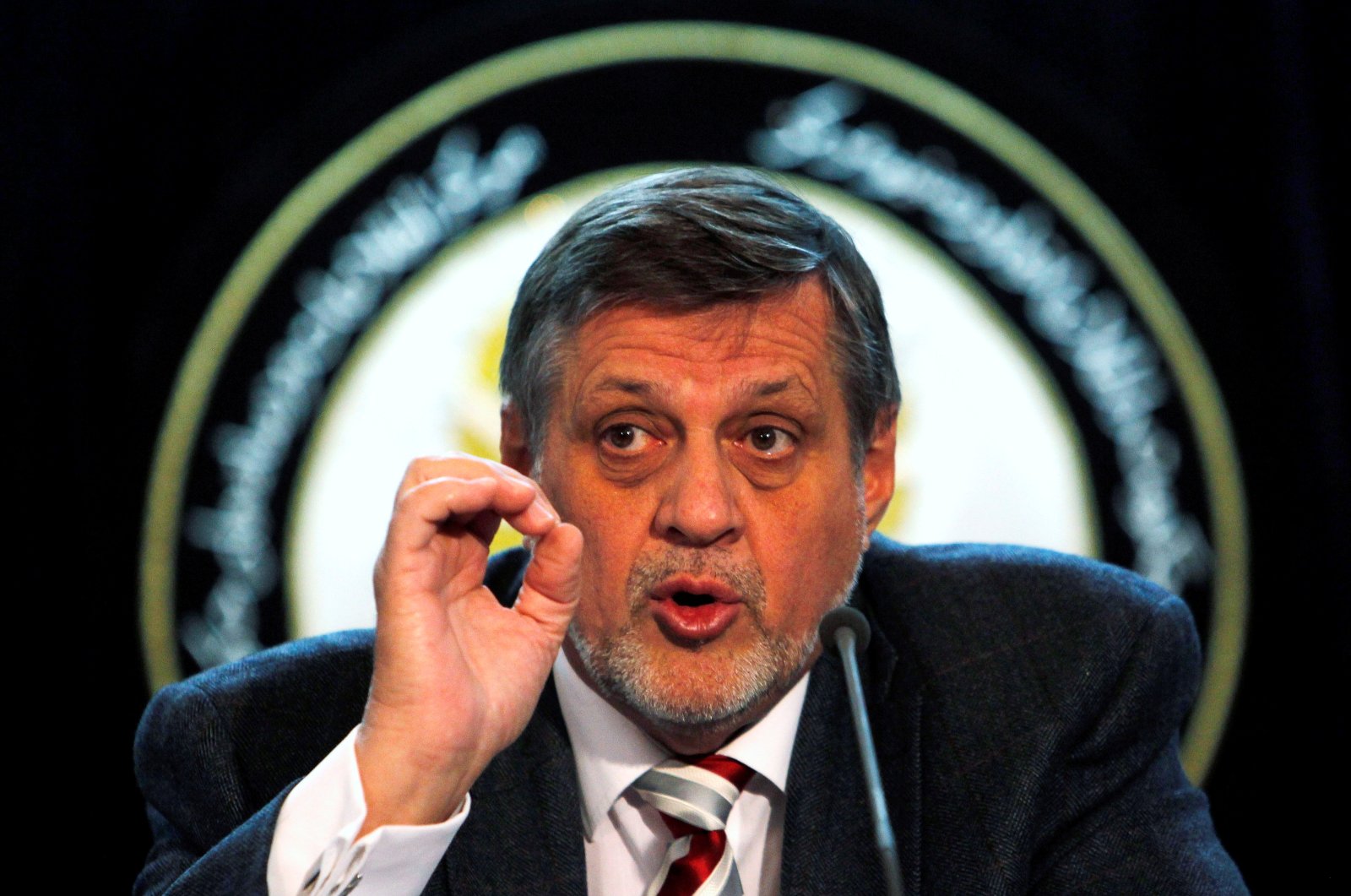 Jan Kubis, the former special representative of the secretary-general and head of the United Nations Assistance Mission in Afghanistan (UNAMA), speaks during a news conference in Kabul, Afghanistan, March 27, 2013. (Reuters File Photo)
by daily sabah
Jan 19, 2021 11:34 am

“Turkey will support special envoy Jan Kubis’ efforts to reach a political solution in Libya,” the ministry said in a written statement.

It added that “in the light of the experience of Kubis, who has assumed significant and difficult duties in several regional and international organizations, we believe that he will make a substantial contribution to national reconciliation efforts for the establishment of permanent peace and stability in Libya.”

Secretary-General Antonio Guterres’ spokesperson Stephane Dujarric announced Monday that Kubis was appointed as the new Libya envoy. He is to take office in February, officially replacing Ghassan Salame, who resigned in March due to health reasons and amid fierce fighting between Libya’s rival sides over the capital, Tripoli.

Guterres had run into difficulties filling the high-ranking post, as the preferred candidate, Nikolay Mladenov, surprisingly stepped back shortly before his nomination. Williams, an American, has held the post in the interim.

Kubis has decades of experience in crisis regions.

His prior experience includes serving as a U.N. envoy in Lebanon, Iraq and Afghanistan. He has also worked as Slovenia's foreign minister.

Oil-rich Libya was plunged into chaos after a 2011 NATO-backed uprising toppled and killed longtime dictator Moammar Gadhafi and split the country between the U.N.-supported Government of National Accord (GNA) in the capital, Tripoli, and rival authorities led by putschist Gen. Khalifa Haftar based in the east.

Since last year, the two sides held U.N.-led talks to name an interim government before elections later in 2021, but they have so far failed to agree on a voting mechanism.