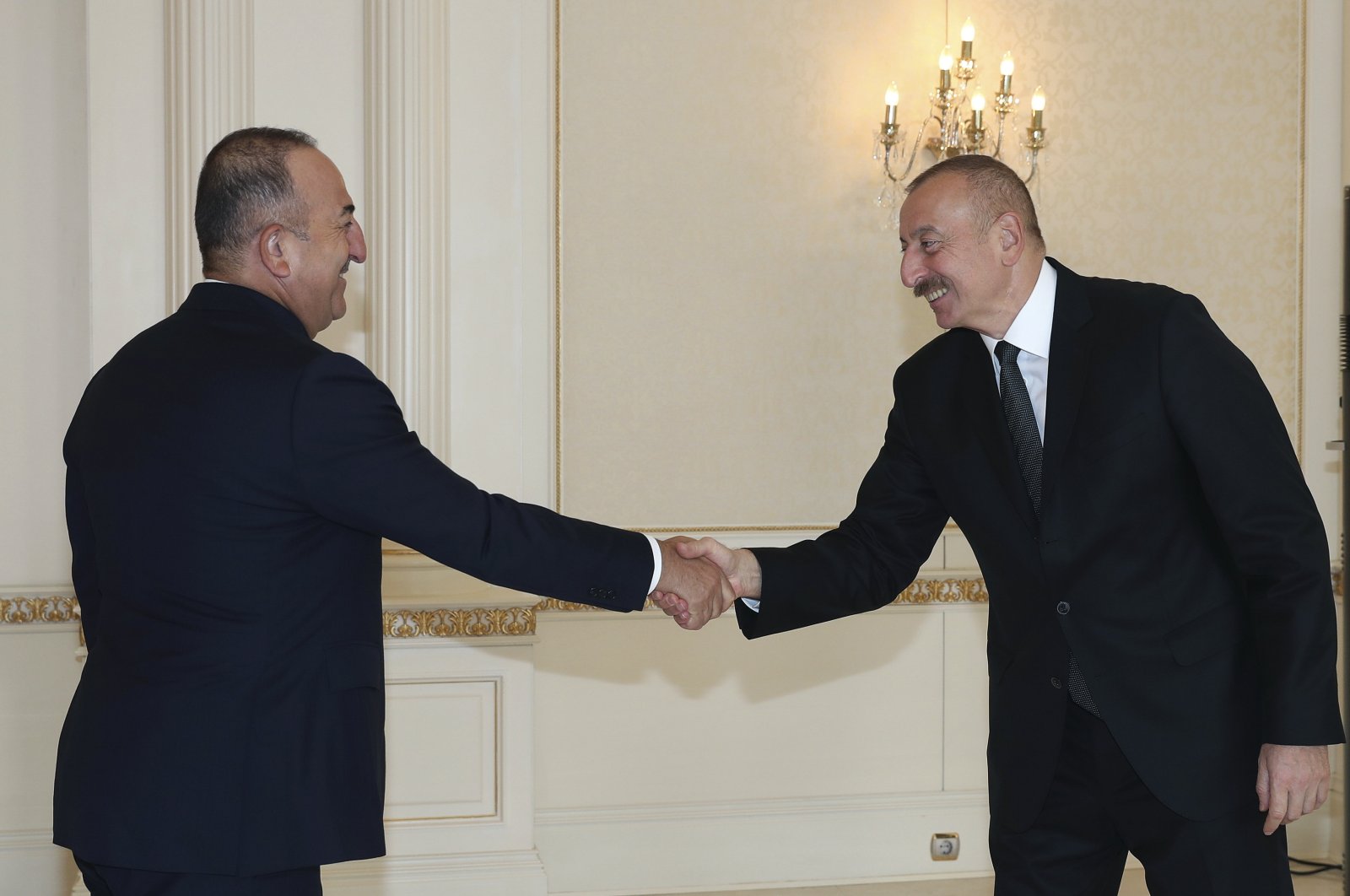 Although Ankara was not part of the sudden peace process between Azerbaijan and Armenia, the news was still welcomed with joy in Turkey as authorities congratulated Baku on its victory wholeheartedly.

Foreign Minister Mevlüt Çavuşoğlu said Tuesday that a deal to end more than a month of fighting in Nagorno-Karabakh had secured important gains for its close ally Azerbaijan in the conflict with Armenia.

"Brotherly Azerbaijan has achieved an important gain on the battleground and table. I sincerely congratulate this sacred success," Çavuşoğlu said on Twitter. "We will continue to be one nation, one spirit with our Azeri brothers."

Çavuşoğlu also held a phone call with his Russian counterpart, Sergey Lavrov, on Tuesday over the developments in Nagorno-Karabakh.

Later in the day, Çavuşoğlu had a joint press conference with his Kyrgyz counterpart Ruslan Kazakbayev, during which he reiterated his congrats to Azerbaijan.

"Armenia was the one that started the war. Now, it had to give up. Turkey will continue its support for Azerbaijan," Çavuşoğlu said.

Parliamentary Speaker Mustafa Şentop also said on his Twitter account that Azerbaijan's legitimate right to the Nagorno-Karabakh region has "finally" been acknowledged by the "enemy."

Pointing to the fact that a tragic page of history is turning for Azerbaijan, Şentop said that the Azerbaijani flag will wave in Nagorno-Karabakh once again.

Another statement was released on the Turkish National Defense Ministry's official Twitter account. The ministry congratulated Azerbaijan for its brave fight and said that Baku showed its strength on the field.

"The pains that began 30 years ago are coming to an end today," the statement said.

National Defense Minister Hulusi Akar said Turkey will continue to stand by Azerbaijan during the return process for all Azerbaijani land occupied by Armenia, maintaining peace in the region and meeting the conditions of the cease-fire.

"We welcome the victory of our Azerbaijani brothers and sisters who have fought for a right struggle to reclaim their own lands that have been occupied for nearly 30 years and to end Armenia's barbaric attacks," Akar said on Twitter.

About 20% of Azerbaijan's territory has been under illegal Armenian occupation for nearly three decades. Azerbaijan says that since Sept. 27, it has retaken much of the land in and around the Nagorno-Karabakh enclave that it lost in a 1991-1994 war that killed an estimated 30,000 people and forced many more from their homes.

Armenia has denied the extent of Azerbaijan's territorial gains.

Previously, Aliyev expressed multiple times that if there is to be peace, Azerbaijan wants to see Turkey at the negotiating table as well. Turkey also stated previously that it is in talks with Russia over establishing a mediation process between Azerbaijan and Armenia.

Kemal Kılıçdaroğlu, chairman of the main opposition Republican People's Party (CHP), said on Twitter: "I welcome with pride the truce agreement, which legitimizes Azerbaijan's rightful fight against the occupation of its lands, and congratulate Azerbaijan's victory cordially."