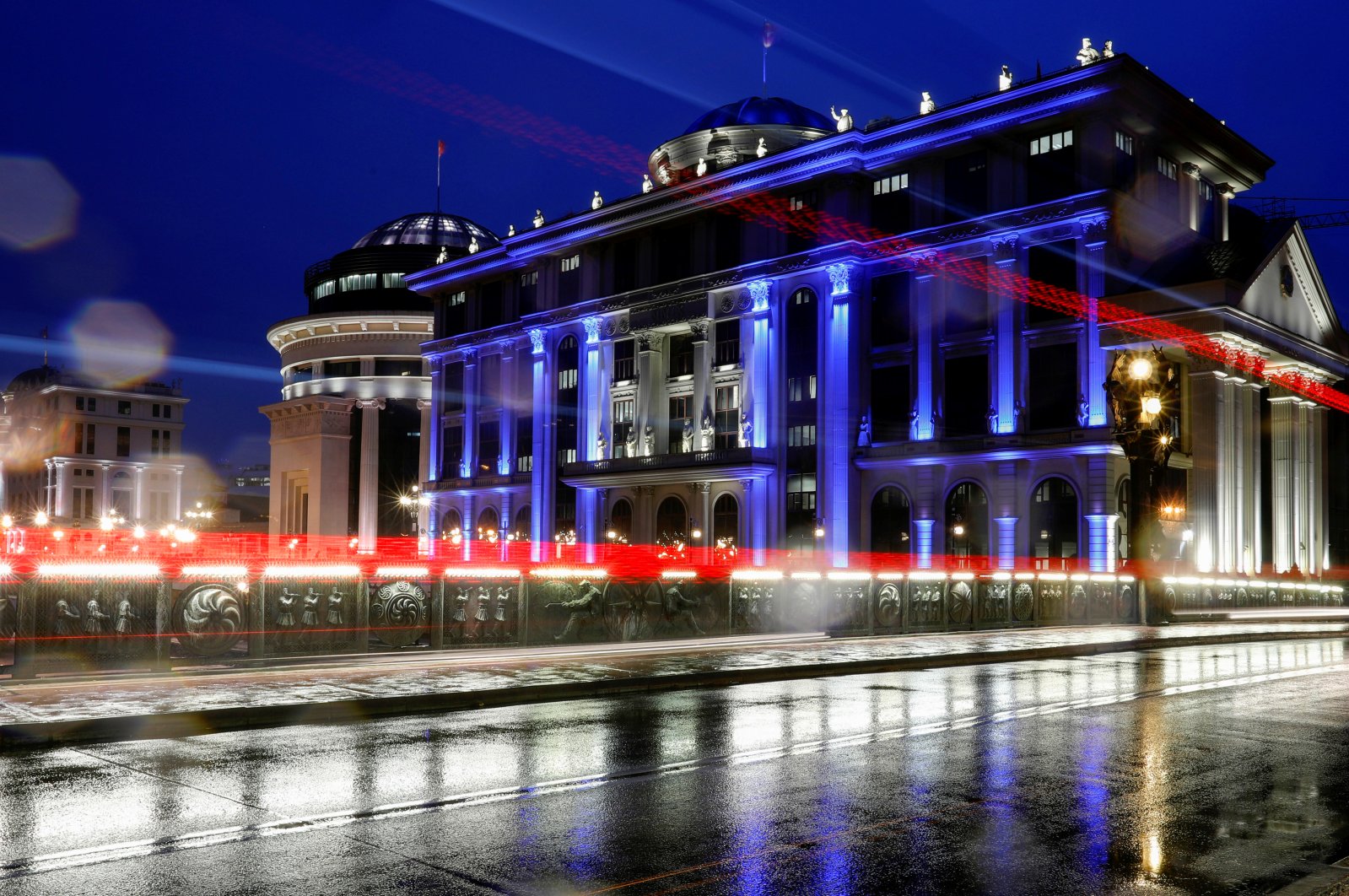 The offices of the Ministry of Foreign Affairs of North Macedonia have changed its lights to blue to mark North Macedonia officially becomes the 30th member of the NATO alliance in Skopje, North Macedonia, Friday, March 27, 2020. (REUTERS)
by Compiled from Wire Services Mar 29, 2020 12:26 pm
RECOMMENDED

Turkey on Saturday welcomed the accession of North Macedonia to NATO as the 30th member state of the bloc.

"North Macedonia's full membership to NATO is a significant step toward ensuring lasting stability and security in the Balkans. It is also an important step forward in increasing NATO's capacity to defend universal values," the Foreign Ministry said in a statement.

"We are fully convinced that the deep-rooted ties of friendship and cooperation between Turkey and North Macedonia will be further strengthened with bonds of Alliance," the ministry added.

On Friday, North Macedonia became the 30th member of NATO.

Given the impact of the coronavirus pandemic around the world, North Macedonian President Stevo Pendarovski said "we cannot rejoice and mark the event as it should (be marked) ... But, this is a historic success that after three decades of independence, finally confirms Macedonian security and guarantees our future. Congratulations to all of you! We deserve it!”

U.S. Secretary of State Mike Pompeo said the country's membership "will support greater integration, democratic reform, trade, security and stability across the region. North Macedonia’s accession also reaffirms to other aspirants that NATO’s door remains open to those countries willing and able to make the reforms necessary to meet NATO’s high standards, and to accept the responsibilities as well as benefits of membership.”

North Macedonia was previously known as Macedonia, a name it shared with a Greek province. Under a 2017 deal with Athens, the country changed its name and Greece agreed to drop objections to its NATO and eventual EU membership.