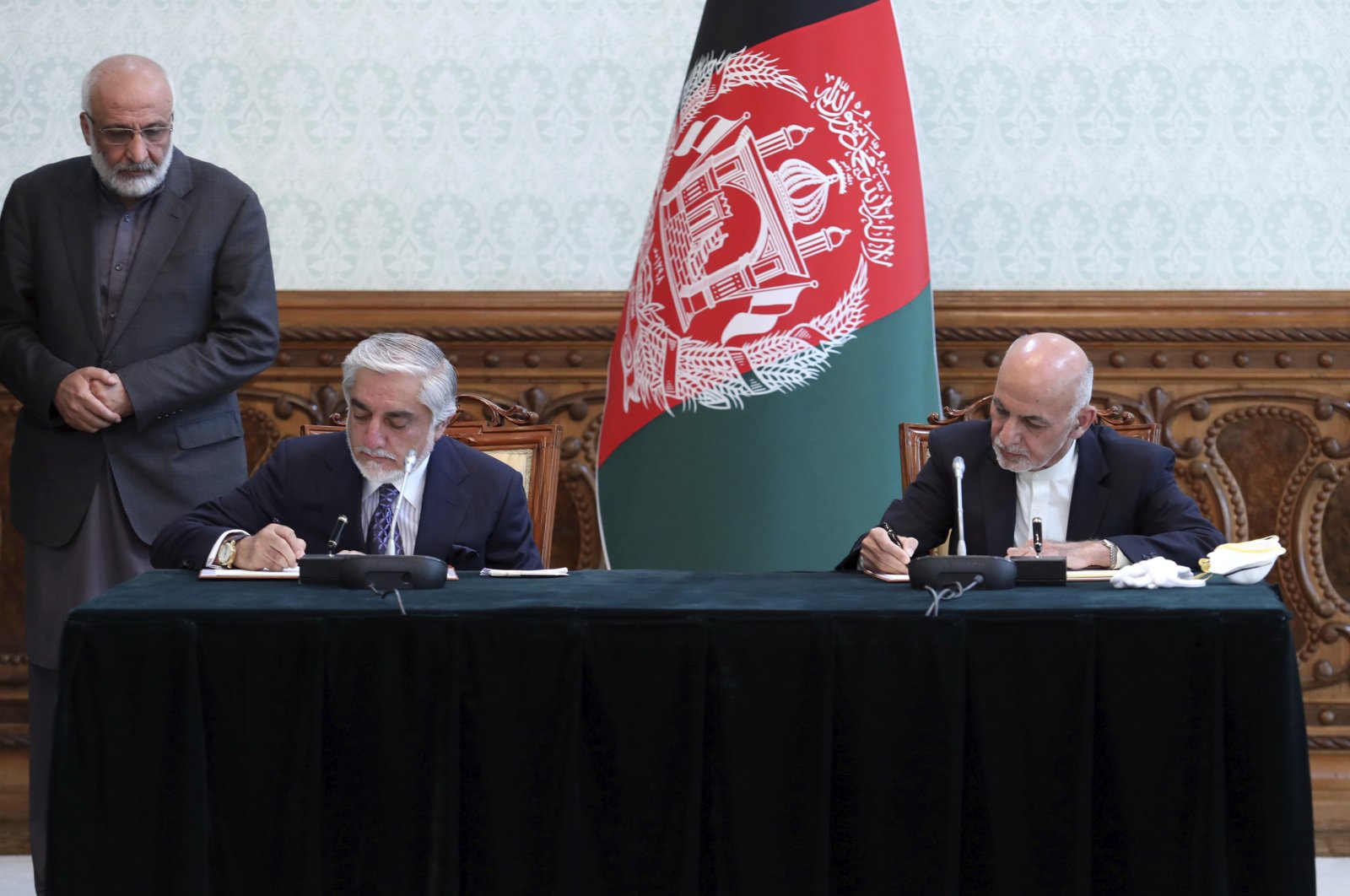 Turkey on Sunday welcomed the political agreement between Afghan President Ashraf Ghani and his political rival Abdullah Abdullah, hoping that the deal would lead to intra-Afghan negotiations, and ultimately bring lasting peace in the war-torn country.

"We are pleased that the political crisis in Afghanistan, which began following the announcement of the results of presidential elections held on September 28, 2019, has ended with a political reconciliation achieved today [May 17] between the parties on the formation of a broad-based and inclusive government," Turkey's Ministry of Foreign Affairs said in a statement.

The ministry continued by saying that it hoped that the deal is implemented in a fair manner, and a partnership spirit prevails in the new Afghan government.

"We invite all political actors in Afghanistan to work harmoniously, in the framework of the achieved reconciliation, for the interests of the Afghan people and focus on intra-Afghan negotiations that will bring lasting peace to the country," it said.

Ankara added that it will work in close cooperation with "the new government of brotherly and friendly Afghanistan, as it did with governments in the past."

Earlier in the day, Ghani and his political rival Abdullah inked a power-sharing deal to end a months-long political stalemate.

Abdullah had disputed the results of the Sept. 2019 presidential polls, leading to parallel oaths for the top position by both the leaders.

State broadcaster RTA said the position of Abdullah, who will now spearhead the peace process with the Taliban to end the 19-year Afghan war, will be equal to a vice president.

The deal is being viewed as crucial to the peace process marred by continuing violence, despite the Feb. 2020 agreement between the U.S. and Taliban insurgents.