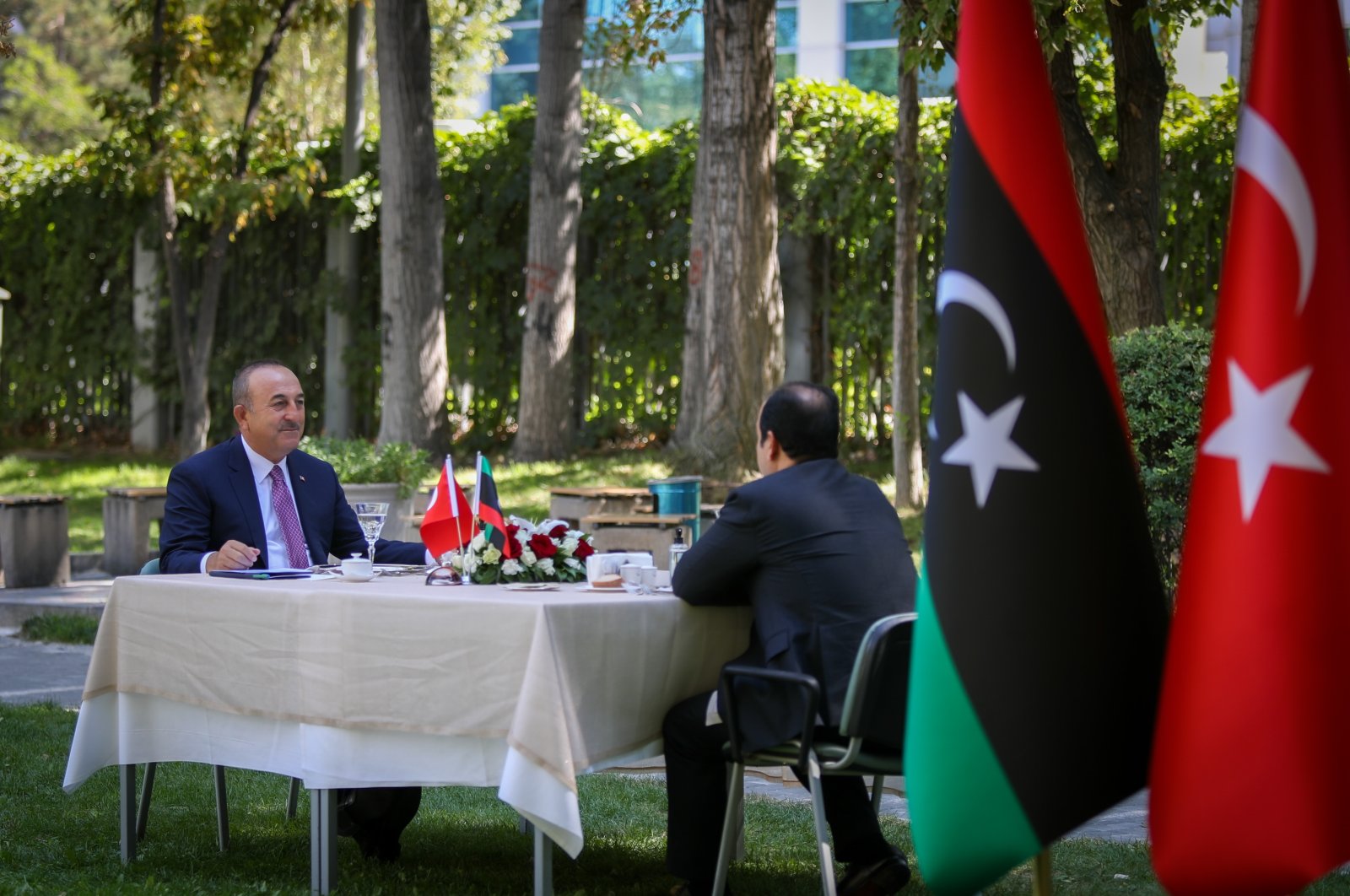 Çavuşoğlu called the meeting "productive" and said Turkey would "always stand by our Libyan brothers and sisters."

Defense Minister Akar underline the 500-year-old brotherly, historic ties between the two countries and said Turkey’s consultation and training activities in Libya, in the fields of military and security, would continue.

He added that Turkey was ready to engage in every effort for the country to regain stability, independence and sovereignty.

As diplomatic traffic between the two countries continues, the press office of Libya's High State Council on Wednesday said its head Khalid al-Mishri had met with Turkey’s Ambassador in Tripoli Serhat Aksen to discuss the latest developments in Libya.

Last November, Turkey and Libya signed a maritime, as well as a security and military cooperation agreement.

Furthermore, a memorandum of understanding (MoU), signed by Turkey and Libya last month to boost trade and economic ties, was approved Tuesday.

With the MoU, several projects lie ahead for Turkish businesses in the North African country, including those already initiated such as rebuilding and resuming activities in the construction sector, which was interrupted by ongoing conflicts.