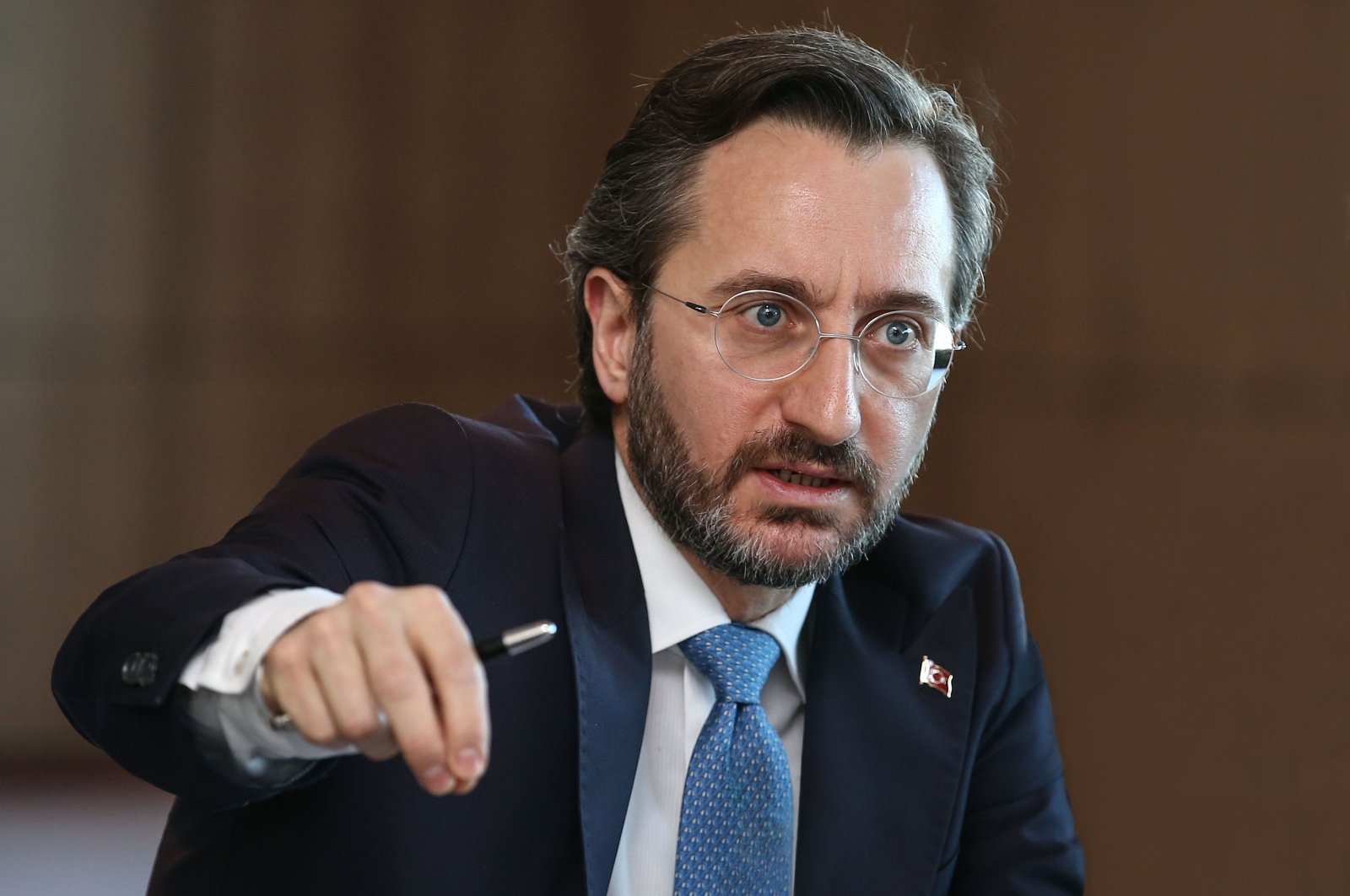 With effective responses and measures against the global pandemic, Turkey will emerge as a leading country in the post-COVID-19 era, already promoting international cooperation and peace

Turkey will play an active and key role in the international system that is expected to reshape after the coronavirus pandemic and will come out of this process stronger than before, Presidential Communications Director Fahrettin Altun stated.

The global pandemic that originated in China’s Wuhan in December, has been spreading around the world and has brought everyday life almost to a halt, affecting the economy, politics and social life. The U.S. and Europe have been especially hit hard, becoming the epicenters of the pandemic.

“While many countries defined as ‘developed’ failed in crisis management, Turkey has given the whole world a lesson in this period. This picture clearly shows the position that Turkey will take in the post-COVID-19 world order,” the communications director stressed, reminding that aid planes with medical equipment have been sent to many countries.

Caught unprepared by the pandemic, countries worldwide struggled to respond to the crisis it created in the health sector and the demand for medical equipment, masks, protective overalls and disinfectants. As many countries were focused on addressing their domestic problems in this process, Turkey has been showing solidarity by sending equipment to the worst-hit countries. Two-thirds of the world have asked Turkey for help while the requests of 81 have been met so far.

“In general, the current situation has displayed that self-sufficient states such as Turkey, countries with an efficiently operating institutional mechanism, that have a strong health system and supply chains while gaining its citizen's trust with their transparent policies, manage the crisis in an effective manner,” Altun pointed out, saying that the diplomatic efforts led by President Recep Tayyip Erdoğan also have been focused on bringing states together and ensuring cooperation.

“The failure of some developed countries in the health sector and social domain despite being advanced in economy and technology is striking,” he continued, “We also witnessed that establishments normally leading international cooperation could not act in this process.”

The communications director also recounted the president’s words – “the world is bigger than five” – referring to the five permanent representatives of the U.N. Security Council (UNSC) – the U.K., France, China, Russia and the U.S. He elaborated that this reality was strongly felt during the pandemic and that this period’s developments were firm indicators of the post-COVID-19 era.

“COVID-19 has been a scale that tested states’ principal functions and administrative skills,” Altun said, “Therefore their responses to the pandemic will be factors determining their place in the period after the pandemic.”

Not only the health care system but also agriculture, water and food safety are vital for the period after COVID-19, Altun said.

“Turkey with its favorable geographical conditions, suitable climate and fertile lands will play an essential role in agricultural production, one of the topics of major concern due to the coronavirus, in the world after the pandemic,” Altun continued, explaining that Turkey has also started to prepare for the post-COVID-19 era in its touristic regions. He added that thanks to its success in managing health services during the pandemic, Turkey will be a significant destination for foreign tourists after this period.

Saying that Turkey is a safe harbor in the areas of the economy, trade, industry, technology and health thanks to its geographical location, logistical networks, consistent supply chain, response capacity to emergency situations, solid health system and ability to manage a crisis, Altun stated that international investments will direct toward Turkey intensely in the upcoming period.

Whereas security issues were neglected by the international community and all countries focused upon themselves, Turkey has continued to focus on the solution to regional problems and to be an assurance for safety and peace in international conflicts and crises, Altun underlined.

“Turkey has saved the lives of millions of civilians in Syria’s north and Idlib with its military presence on the ground and its diplomatic initiatives on the table while shouldering the security of the whole region almost on its own. Our country which hosts the highest number of refugees in the world is once again continuing its key role in this period,” he said.

Meanwhile, around 270,000 displaced Syrians were able to return to their homes in Syria’s northwestern Idlib province following the cease-fire brokered by Turkey and Russia. Idlib had become a battlefield causing the death of civilians almost on a daily basis by the attacks of the Bashar Assad regime and its backers. According to U.N. numbers, almost a million people fled the Assad regime’s offensive on Idlib – the last opposition bastion – since December with many seeking refuge in overcrowded tent camps near the Turkish border. The international community fell short in responding to the aggression of the regime. In March, Turkey and Russia signed a cease-fire agreement, enabling many to return and to live in relative calm since then.

“On the other hand, we continue to give putschist (Khalifa) Haftar and its ‘terror coalition’ backing, which waged war on Libya’s official government and on its people, a historical lesson. Turkey, which came into focus with its role of assuring peace, its strength and influence in the Eastern Mediterranean, North Africa, the Middle East, the Caucasus and Balkans, writes the most striking success story of the 21st century,” Altun said.

Warlord Haftar has been attacking the U.N.-recognized Government of National Accord (GNA) for years now, trying to seize the capital by military force. Since it has intensified its offensive in last April, tensions rose in the war-ravaged country, costing the lives of thousands and displacing many. The Libyan government has frequently voiced that only Turkey assisted it during the fight against the illegitimate forces of Haftar.

Indicating that after the coronavirus pandemic nothing will be as it was before and that a “new normal” would arise, Altun said that the international system is currently in a fragile state.

“By effectively using public diplomacy instruments, we carried the success of our country on the field to the agenda of the world. On the other side, we informed the public systematically and regularly by pursuing a transparent and influential communications strategy in the fights against the coronavirus,” the communications chief stated.

He also pointed out the investment in Turkey’s health infrastructure since 2002 under the leadership of the president as an important factor in managing the pandemic together with the presidential system. “The Presidential system enabled to take the necessary decisions and measures in time and quickly in the crisis management in this period,” he said.

During the initial phase of the outbreak, when just a handful of countries started reporting their first confirmed cases of COVID-19, Turkey was among the few countries to implement thermal screenings at its borders.

In January, the health ministry installed the first three thermal cameras at the Istanbul Airport, the nation's gateway to the world, where millions of travelers are welcomed or transit through to their destinations.

After it was apparent that the virus was en route to becoming a pandemic, the ministry expanded the use of thermal cameras and additional screenings to all border gates, making a close inspection of any passengers that had a high fever or a bad cough.

After the designation of the coronavirus as a pandemic by the World Health Organization (WHO), Turkey stepped up its measures even more, by applying curfews on most weekends, closing many public spaces, limiting interprovincial travels, ensuring the availability of medical masks, gloves and strengthening its health sector. While the normalization process has started in Turkey like in many other countries, measures are still in place and significant decisions regarding the pandemic are taken gradually according to the current situation and developments.