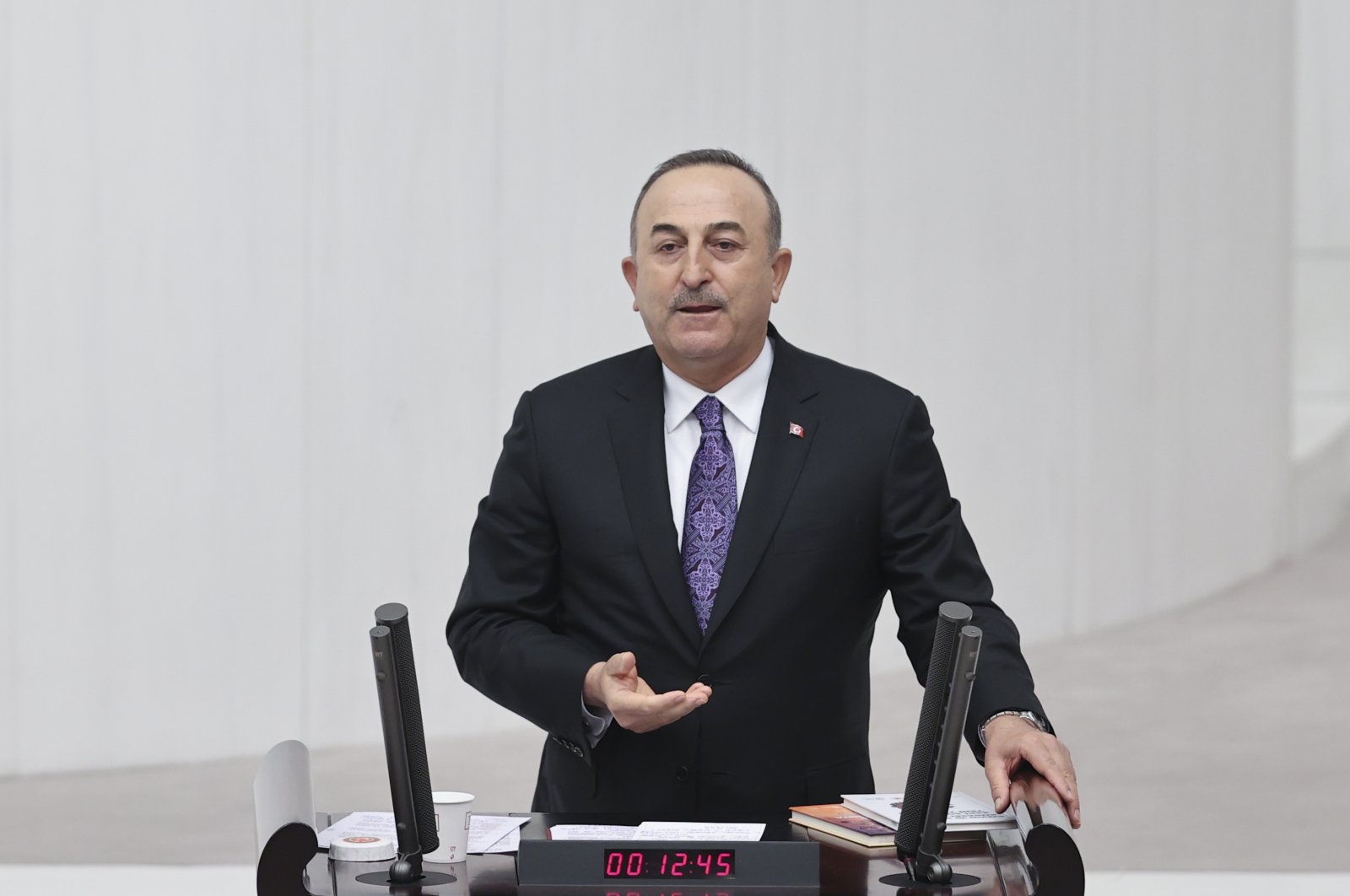 Foreign Minister Mevlüt Çavuşoğlu said Turkey will not abandon the Russian-made S-400 missile defense system in the face of U.S. sanctions and will take reciprocal steps after holding evaluations.

Çavuşoğlu told a live broadcast that the U.S. sanctions decision was legally and politically wrong and were an attack on Turkey’s and other countries’ sovereign rights.

He said relations between the two countries could normalize if the U.S. meets Turkey's expectations.

He stressed that the sanction decision is a wrong step both legally and politically.

Regarding Turkey's relations with newly elected Joe Biden, Çavuşoğlu said he and President Recep Tayyip Erdoğan know him very well as they previously met with him during the Obama-administration.

"He knows Turkey’s expectations from the U.S. in terms of FETÖ. We can normalize relations if the U.S. wants to do so, but it depends on them meeting our expectations on the Gülenist Terror Group (FETÖ), YPG/PKK," Çavuşoğlu said.

The U.S. on Monday imposed sanctions on Turkey over its purchase of the Russian S-400 missile defense system.

The sanctions, coming under the Countering America's Adversaries Through Sanctions Act (CAATSA), target Turkey's Defense Industries Presidency (SSB), including Ismail Demir, the head of the SSB, and three other officials.

In April 2017, when its protracted efforts to buy an air defense system from the U.S. proved fruitless, Turkey signed a contract with Russia to acquire the S-400 system.

U.S. officials have voiced opposition to their deployment, claiming they would be incompatible with NATO systems and would expose F-35 jets to possible Russian subterfuge.

Turkey, however, stressed that the S-400 would not be integrated into NATO systems and poses no threat to the alliance or its armaments.