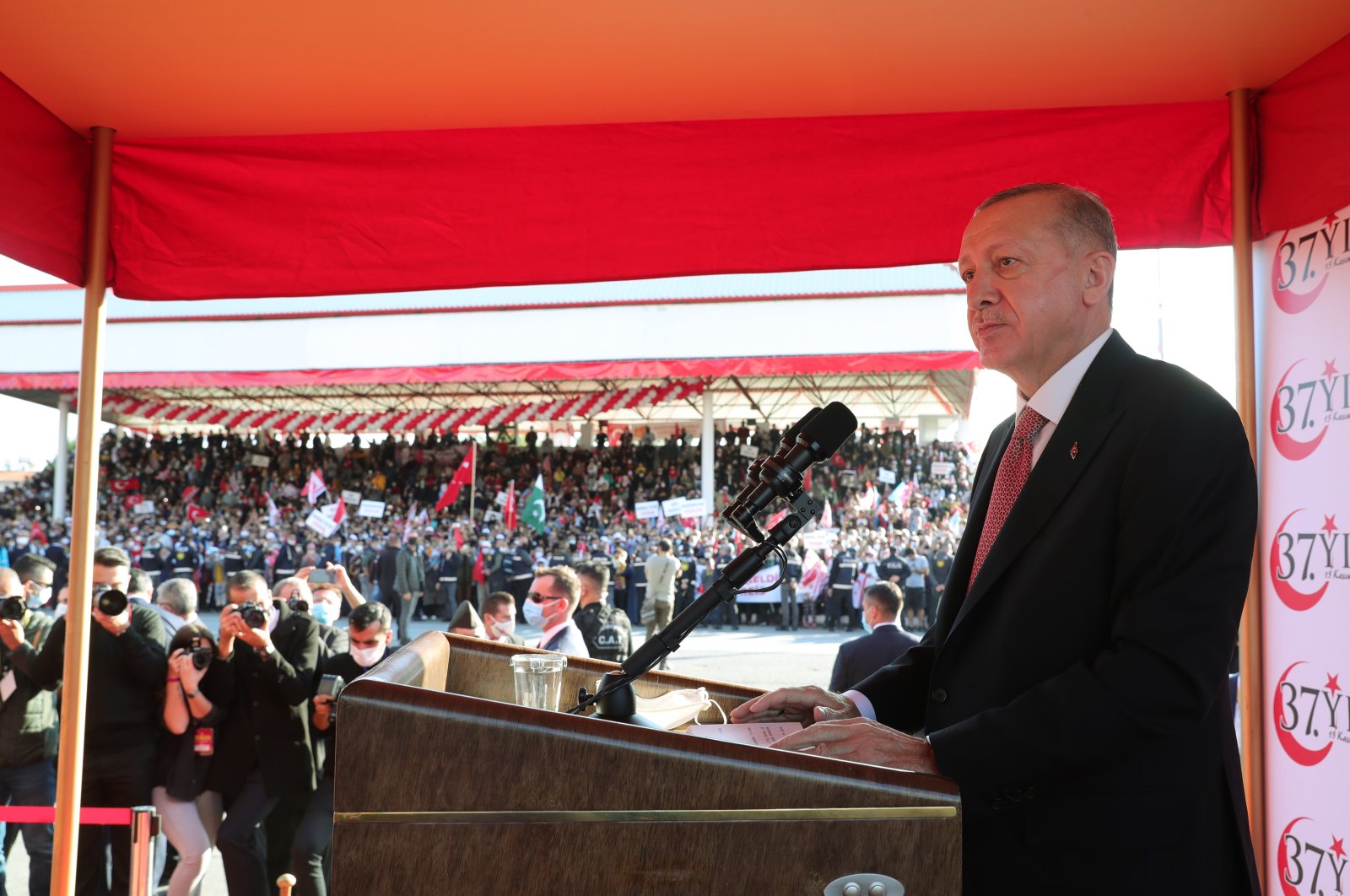 Turkey's President Recep Tayyip Erdoğan said Sunday it is difficult to fathom the injustice done in the Turkish Republic of Northern Cyprus (TRNC), during his speech in the long-abandoned town of Varosha (Maraş), in the northern part of Cyprus which has been closed since 1974.

Erdoğan visited the Varosha region, which was closed for 46 years in the TRNC but gradually began to reopen following the decision made by Turkish Cypriot officials.

Underlining that the "real owners" of Varosha are clear, Erdoğan announced that as the commission on immovable properties comes into action, landowners applying from the Greek Cypriot administration would receive compensation for their property. He emphasized that the move to open the Varosha region is the start of a new process.

Earlier on Sunday Erdoğan said that both Turkey and the TRNC can no longer tolerate more "diplomacy games" regarding the hydrocarbon resources in the Eastern Mediterranean.

Speaking at an official ceremony to mark the TRNC's 37th anniversary of its foundation in the capital Lefkoşa (Nicosia), Erdoğan said: "There are two people and two separate states in Cyprus."

Considering this situation, a two-state solution based on sovereign equality should be negotiated to resolve the Cyprus issue, he said and added that Turkey prioritizes a sustainable solution providing the legitimate rights and security of Turkish Cypriots.

Varosha was a famous resort region in Cyprus which boasted a capacity of 10,000 beds across more than 100 hotels, however, it has been closed since 1974. That same year, Turkish military forces intervened on the island following a Greek-inspired coup.

The city is protected by a 1984 U.N. Security Council (UNSC) resolution, stating that the empty town can only be resettled by its original inhabitants.

Regarding the Eastern Mediterranean disputes, Erdoğan reiterated that Ankara is determined to protect the rights and interests of both Turkey and the TRNC.