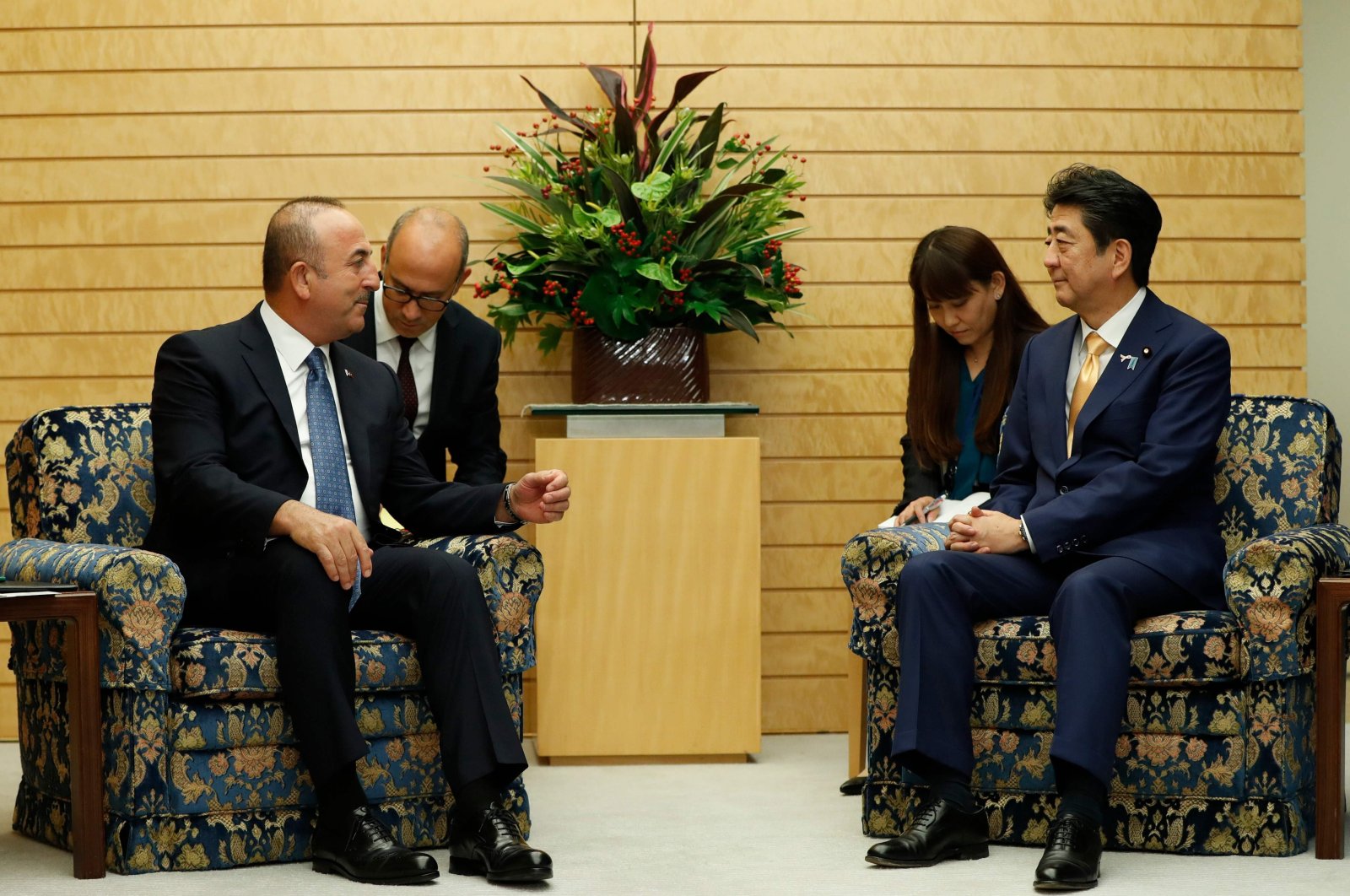 Turkey's Foreign Minister Mevlüt Çavuşoğlu on Friday expressed sorrow at the resignation of the Japanese Prime Minister Shinzo Abe due to health issues. In a Twitter post, Çavuşoğlu said Shinzo Abe made a great contribution in the sense of improving diplomatic ties between Turkey and Japan. The Turkish minister thanked Abe for his efforts in this regard and wished him a speedy recovery.

World leaders also wished the Japanese prime minister a rapid recovery on Friday and praised his contributions to bilateral relations during his years as Japan's longest-serving leader. His resignation announcement came after Abe’s health problems began this summer and grew this month when he visited a Tokyo hospital two weeks in a row for unspecified health checkups. He is expected to stay on until a new governing party leader is elected and formally approved by the parliament.

"@AbeShinzo has achieved great things as PM of Japan – for his country and the world," British Prime Minister Boris Johnson wrote on Twitter while Russia's spokesman for the Kremlin, Dmitry Peskov described the working relations between Abe and President Vladimir Putin as "brilliant."

According to German Chamber of Commerce and Industry in Japan Abe "did a lot of good with regards just to the fact that he was one of the key promoters for multilateralism and free trade and did a lot to move to Japan back onto the world stage. Japan recovered the visibility and recognition the third-largest economy in the world deserves."

"We have FTAs and he also tackled a lot of difficult problems. Just thinking about relations with China, relations also with Russia, and also the difficult relationship with the U.S. at least since Trump came into power," it said in a statement.

Officials from the U.S. also praised Japanese Prime Minister, saying he has made the U.S.-Japan Alliance, and overall relationship, "the strongest it has ever been."

"We look forward to working with Prime Minister Abe's successor in further strengthening our nations' ties and advancing our shared goals."

Abe has had ulcerative colitis since he was a teenager and has said the condition was controlled with treatment. He is now on a new treatment that requires IV injections, he said. While there is some improvement, there is no guarantee that it will cure his condition and so he decided to step down after treatment Monday, he said.

Abe is a political blue blood who was groomed to follow in the footsteps of his grandfather, former Prime Minister Nobusuke Kishi. His political rhetoric often focused on making Japan a “normal” and “beautiful” nation with a stronger military and bigger role in international affairs.

Abe, whose term ends in September 2021, is expected to stay on until a new party leader is elected and formally approved by the parliament.

Abe became Japan’s youngest prime minister in 2006, at age 52, but his overly nationalistic first stint abruptly ended a year later because of his health.

In December 2012, Abe returned to power, prioritizing economic measures over his nationalist agenda. He won six national elections and built a rock-solid grip on power, bolstering Japan’s defense role and capability and its security alliance with the U.S. He also stepped up patriotic education at schools and raised Japan’s international profile.

Abe on Monday became Japan’s longest serving prime minister by consecutive days in office, eclipsing the record of Eisaku Sato, his great-uncle, who served 2,798 days from 1964 to 1972.