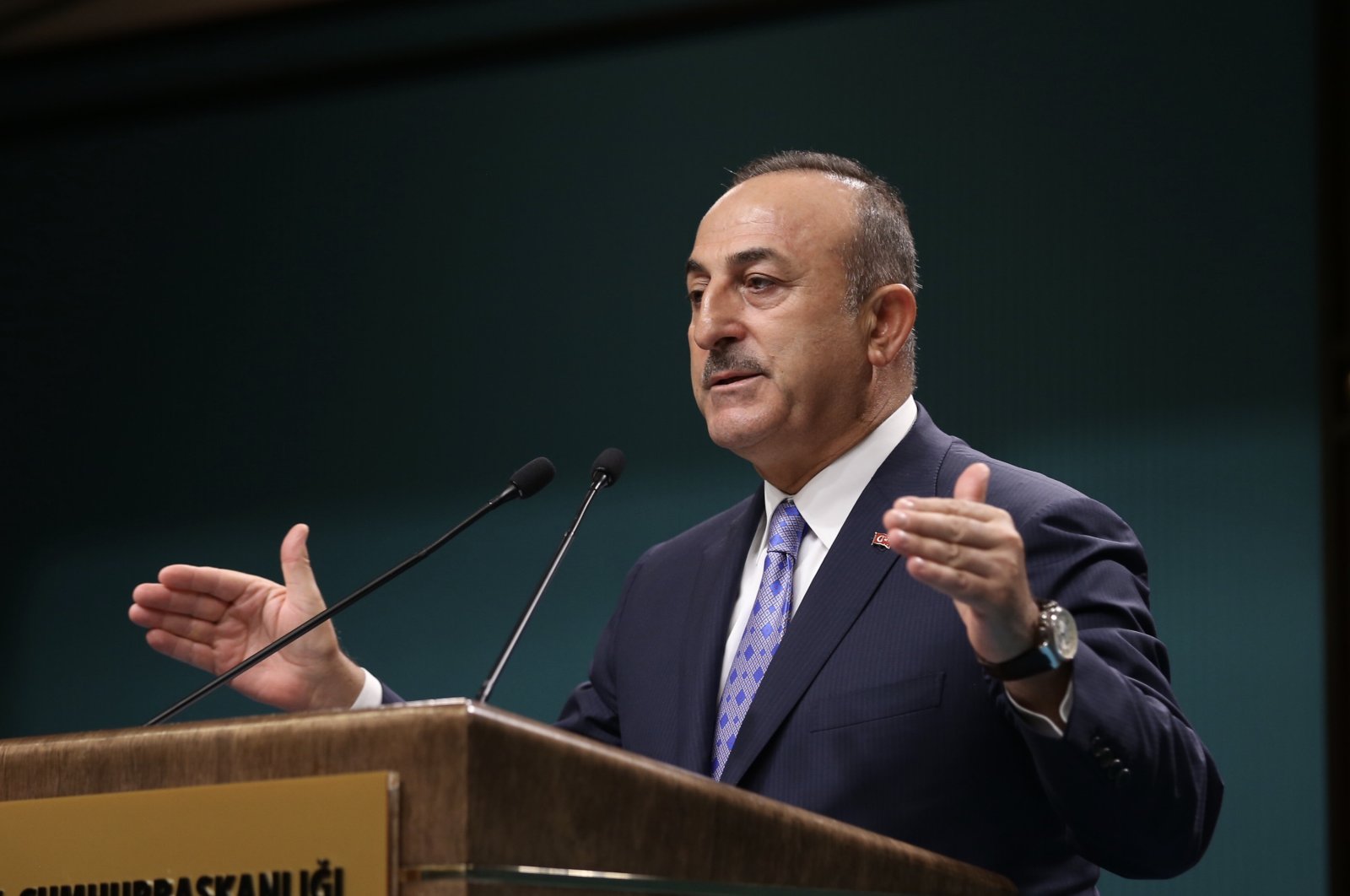 Foreign Minister Mevlüt Çavuşoğlu during a speech at the Presidential Complex in Ankara, Oct. 21, 2019 (AA Photo)
by DAILY SABAH Sep 09, 2020 10:26 am
Edited By Dilara Aslan
RECOMMENDED

A statement by the Turkish Foreign Ministry said the top diplomat will first visit Mali Wednesday and meet members of the National Committee for the Salvation of the People (CNSP), the U.N. Multidimensional Integrated Stabilization Mission in Mali (MINUSMA) and representatives from the Economic Community of West African States (ECOWAS) as well as the African Union.

The minister and the officials will address the political transition in the country as well as bilateral relations, regional and international matters, said the statement.

A group of army colonels has ruled Mali since ousting President Ibrahim Boubacar Keita on Aug. 18. No consensus has yet been reached on the makeup and duration of a transitional government ahead of promised elections.

After the coup, the junta pledged to hold fresh elections and initially proposed a three-year, military-led transition back to civilian rule, before ratcheting it back to two.

But the 15-nation West African regional bloc ECOWAS has demanded the transition take place in 12 months – and be led by a civilian president and prime minister.

While the coup has provoked international outrage, it has received support among some in Mali, fatigued by the country's bloodshed and economic struggle.

Keita, 75, came to power in 2013 but has been criticized by people who say he has failed to protect them from terrorist attacks mostly in the northern and central parts of the country.

Mali, one of the poorest countries in the world, suffers from the presence of several terror groups, despite the French, Malian and U.N. peacekeepers who carry out counterterrorism operations there.

Political instability in Mali is seen as a dangerous development for the entire Sahel region, which already faces ongoing threats from numerous terrorist and separatist groups.

Following the visit to Mali, Çavuşoğlu will pay a visit to Guinea-Bissau and Senegal on Sept. 10-11.

The visits to Guinea-Bissau and Senegal will be the first official visit by a foreign minister. Çavuşoğlu and his counterparts will address bilateral relations at all levels and review possible new cooperation between the two countries. Regional and international matters will also be discussed at the meeting, added the statement.