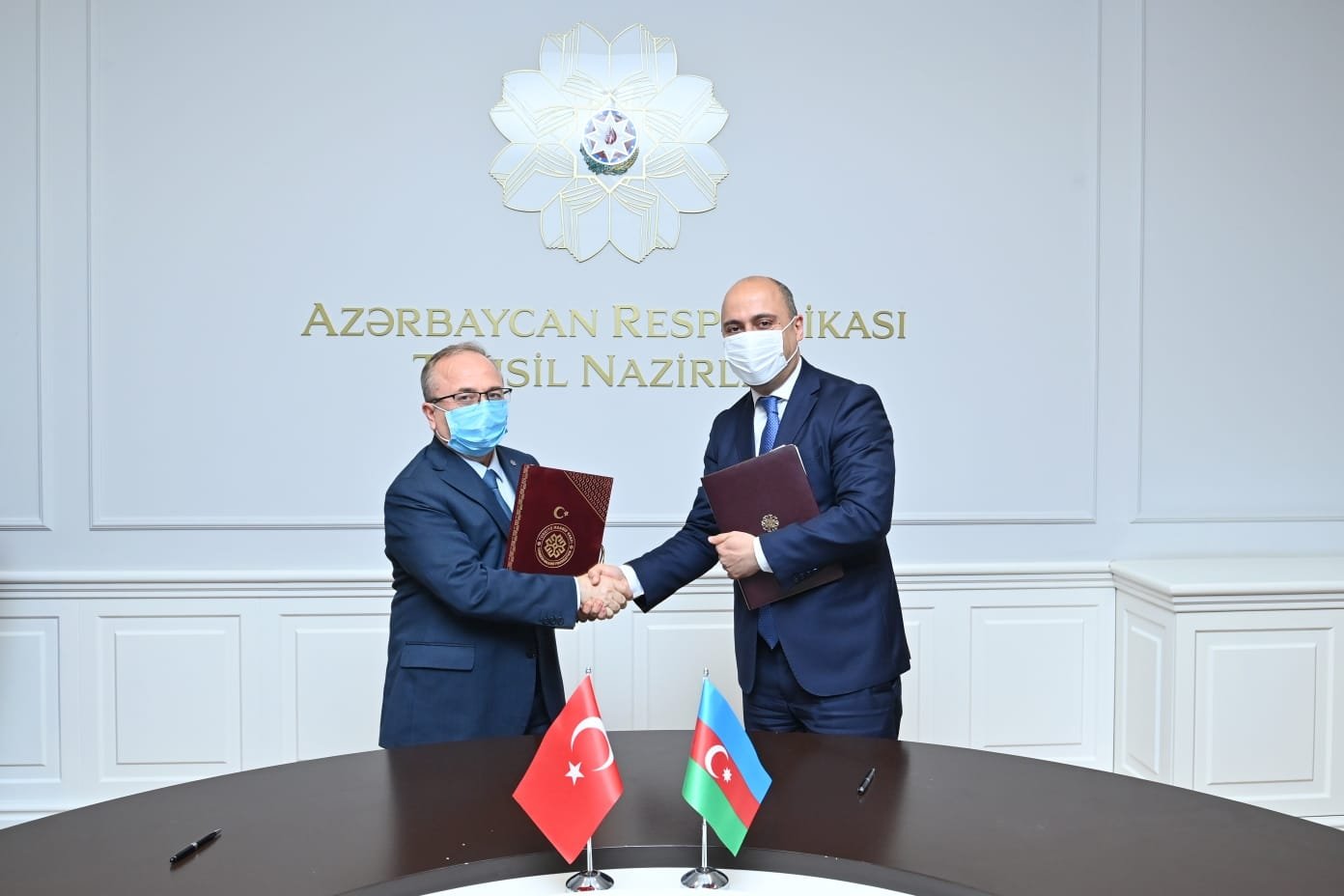 Turkey's Maarif Foundation on Friday signed a cooperation protocol with Azerbaijan's Education Ministry aimed at expanding and encouraging cooperation in the field of education between the two countries.

President of Maarif Foundation Birol Akgün met with Azerbaijan's Education Minister Emin Amrullayev as part of his visit to the country. The meeting was also attended by the Turkish Ambassador to Baku Cahit Bağcı, and Cihad Demirli, a member of Maarif's board.

Following the meeting, Akgün and Amrullayev inked the protocol that aims at expanding and encouraging cooperation in the field of education between the two countries.

The protocol was prepared in line with a former agreement and a protocol reached between Turkey and Azerbaijan.

The Turkish Maarif Foundation has become an important worldwide educational brand since it set out to expand Turkey’s clout in the sector. It was established to set up Turkish schools abroad and is now active in 67 countries with 357 schools and dormitories, from simple education centers to universities that cater to more than 40,000 students.

The foundation, which was founded on June 17, 2016, officially started its activities a few months later after a brutal coup attempt orchestrated by Gülenist Terror Group FETÖ. One of Maarif's missions was to take over the schools formerly operated by FETÖ, which is known for its international network of institutions.