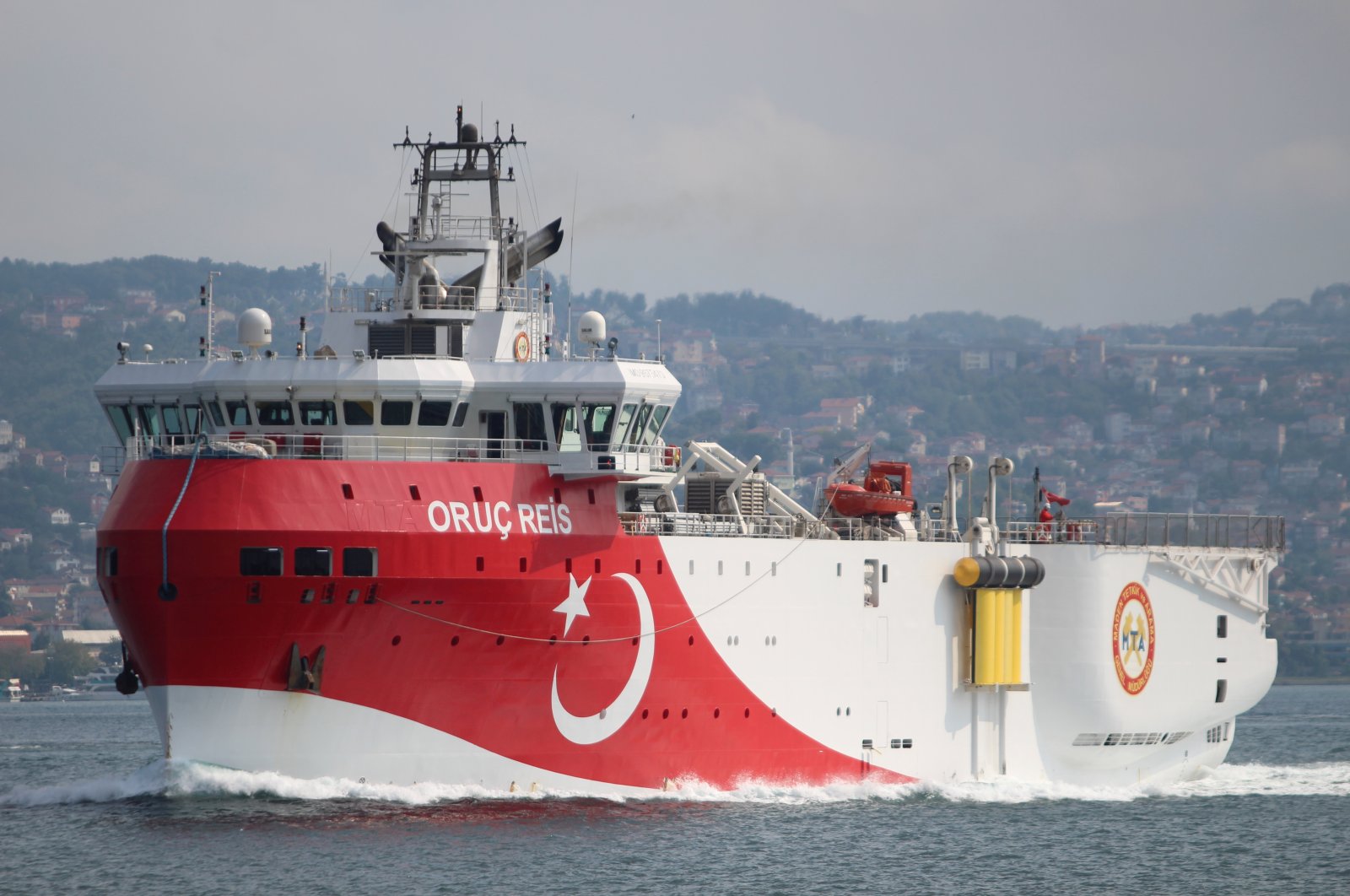 Speaking to the Greek broadcaster, Open TV, Andonyadis said he does not believe Turkey or President Recep Tayyip Erdoğan wants war, adding: "Oruç Reis travels around international waters. As long as it does not enter within the Greek continental shelf, which is 6 miles, it does not violate our rights."

"Turkey made a very smart and important move. Erdoğan does things which he thinks the best for his country's interests. When two countries will determine the maritime jurisdiction areas between them, he can say we conducted exploration activities there. Turkey invests in the future by marking the zone. What we have to do is also marking the area by renting one or two seismic research vessels," he said.

Oruç Reis left Antalya Port earlier this month to carry out activities south of the island of Kastellorizo (Megisti-Meis) until Oct. 22, following the declaration of a 10-day navigational telex (Navtex) in the Eastern Mediterranean. Navtex is a maritime communications system that allows ships to inform other vessels about their presence in the area.

Ankara says the Oruç Reis was redeployed following provocation from Athens, including a decision to hold military drills in the Aegean Sea on Turkey's main national holiday.

Turkey has rejected the maritime boundary claims made by Greece and the Greek Cypriot administration in the region. It stressed that these excessive claims violate the sovereign rights of both Turkey and the Turkish Republic of Northern Cyprus (TRNC).

Ankara has recently sent its drillships looking for energy on its continental shelf, asserting its own rights in the region as well as those of the TRNC.

Meanwhile, the EU held a summit earlier this month to discuss economic sanctions on Ankara, aimed at curbing its natural gas explorations. However, the Oct. 2 summit statement did not provide details.

Dendias wrote to the European commissioner for neighborhood and enlargement, Oliver Varhelyi, asking him to look at the measure in response to Turkey's repeated violations of the agreement, the agency said.