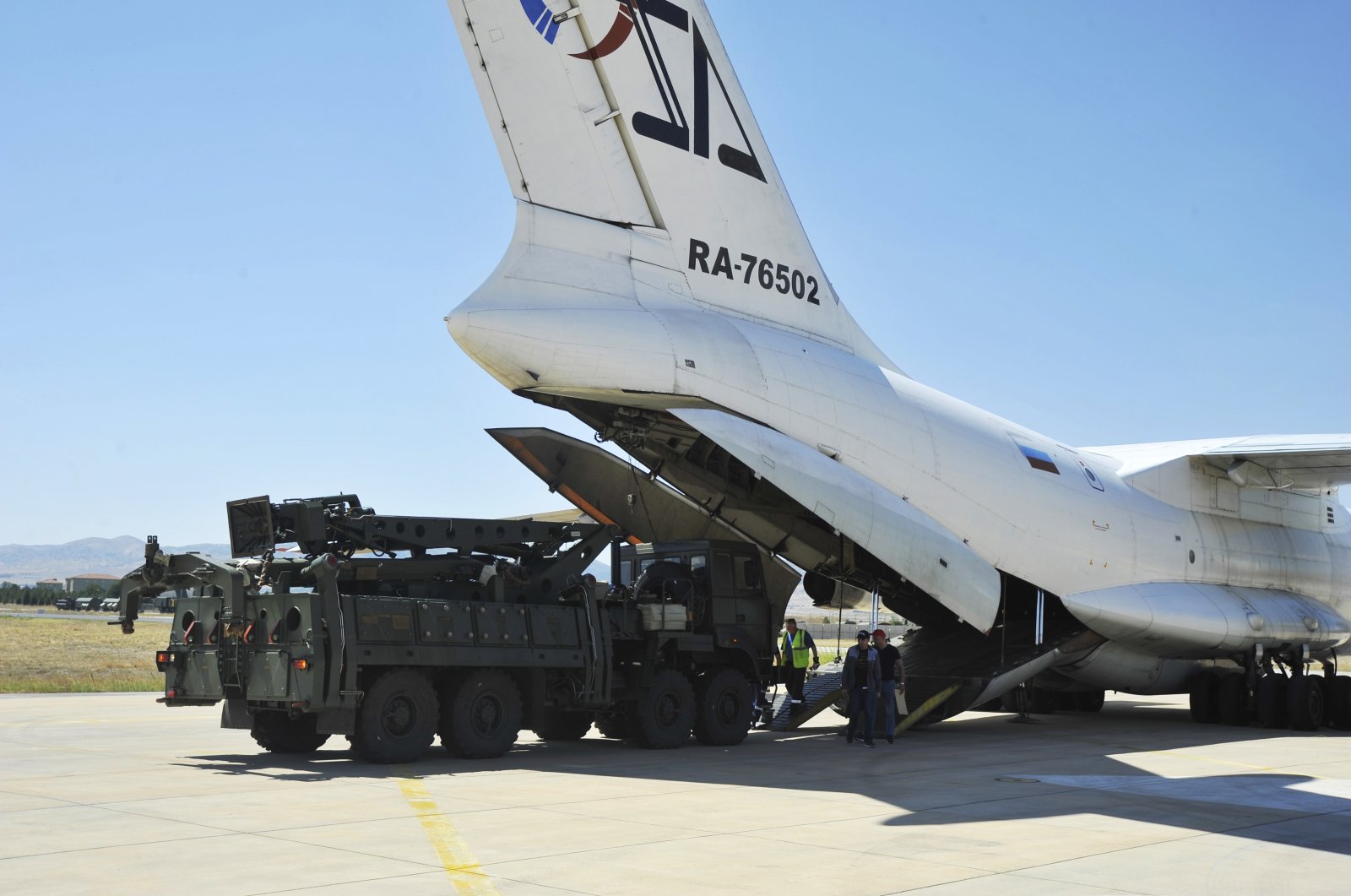 Turkey's bold steps in its security and defense policies, including the purchase of Russian-made missile defense systems, could have regional and global repercussions, an analyst said Tuesday.

"For this reason, even small movements in Turkey's foreign or security policies can have regional and perhaps global effects."

Especially at a time when the NATO alliance has been called into question, "there is a concern that the diversification of the defense systems of one of the most important countries of the alliance with non-NATO sources supports the 'break in NATO' perception," Sakman said.

Underlining that the S-400 system is not only "an ammunition purchase, but there is also the possibility of technology transfer in the near future," he said such a technology transfer would add "a level to Turkey's progress in the defense industry, which has been increasing recently."

"Turkey had to strengthen its air defense system, especially for a threat that could arise in its south," he said, adding that initially it tried to acquire U.S. Patriot missiles, but when an agreement could not be reached on this, an alternative was sought.

Beyond being just a defense decision, Sakman said the purchase of the Russian system "seems like an important step for Turkey to show that it is making its own decisions and diversifying systems in its own defense."

'U.S. plans to replace Turkey to take advantage in defense of region'

Sakman said the U.S. sanctions on Turkey over the S-400 can be seen as a "plan to replace Turkey" to take advantage of the security of the region.

"The U.S. considers that its cooperation with some nonstate actors and organizations beyond Turkey's southern border gives it an advantage in the defense of the region," he said. "It is also trying to make its security relations with Gulf countries more and more inclusive."

"They hope that these relations will help to make the Middle East geography safe in its own way," he added.

On Greece's new defense partnerships derived from its bilateral dialogues with the U.S., Britain and France, Sakman said the country "has almost become a base for the defense of the region."

"In other words, it can be seen that there is a plan to replace Turkey in a more manageable way," he stressed.

Asked whether the Pentagon's acceptance of Turkey's request for modernization of F-16 fighter jets might be a signal to find common ground over the F-35 jets – a program Turkey was suspended from over the S-400 issue – Sakman said these situations "should be evaluated differently."

"We can say that the F-16 is an important combat aircraft and even the backbone of the Turkish air force. If needed, it is important and necessary to increase the number of these vehicles and adapt them to new technologies," he said. "However, the F-35 is one of the new generation jets and is technologically important for the capacity increase that will support the TAF's (Turkish Air Forces Command) claim in the region."

Saying that much can and is being done to circumvent the F-35 dispute, he said: "But the purchase of the F-16 cannot be considered part of this process. It is an important proviso not only for the aircraft coming to Turkey but also the continuation of the Turkish industries work as the development and production stakeholder of the project."

Turkey was suspended from the F-35 program in 2019 following Ankara's purchase of the S-400, a system the U.S. said could be used by the Kremlin to covertly obtain data on the F-35s. Ankara says the S-400 system would not be integrated into NATO systems and so poses no risks to the F-35s.

Ankara also repeatedly proposed setting up a commission to clarify the issue.

Recently, Ankara proposed compensation for a $1.4 billion payment it made for the F-35s by Washington selling it new F-16 fighter jets, the F-16V, and upgrading its existing fleet – a move that has so far been approached positively by the Biden administration.

Can Kasapoğlu, a security and defense analyst at the Istanbul-based Educational Counseling and Research Center (EDAM), stressed the difference between the two fighter jets.

"The F-16V is a stopgap for Turkey, whereas the F-35 is a fifth-generation aircraft and an information superiority asset."

Although the U.S. military and foreign policy bureaucracy, as well as defense industrial circles, seem to be optimistic about this F-16 sale, Kasapoğlu, the director of the EDAM's Security and Defense Studies Program, added: "It remains to be seen whether the U.S. Congress will block the F-16V sale or not."

Kasapoğlu evaluated the F-16 sale following the F-35 crisis as Washington's strategy to prevent Russia from getting closer to Turkey in the defense sector.

It provides "an easy way out" to keep the Turkish weapons market and to "avoid" Russia's interest in attracting Turkey to its side in this sector, he said.

He underlined that the U.S. is willing to go ahead with this sale while its concerns about the Kremlin covertly obtaining data continue, because "these concerns cannot be pertained to a legacy fourth generation baseline, even if it is the latest F-16V variant."

"Should Turkey secure the F-16V procurement that would be an important step in maintaining the techno-generational relevancy of Turkish airpower," he said. "But we shouldn't forget the fact that this would merely mark a stopgap until Turkey comes up with its national combat aircraft in the 2030s."