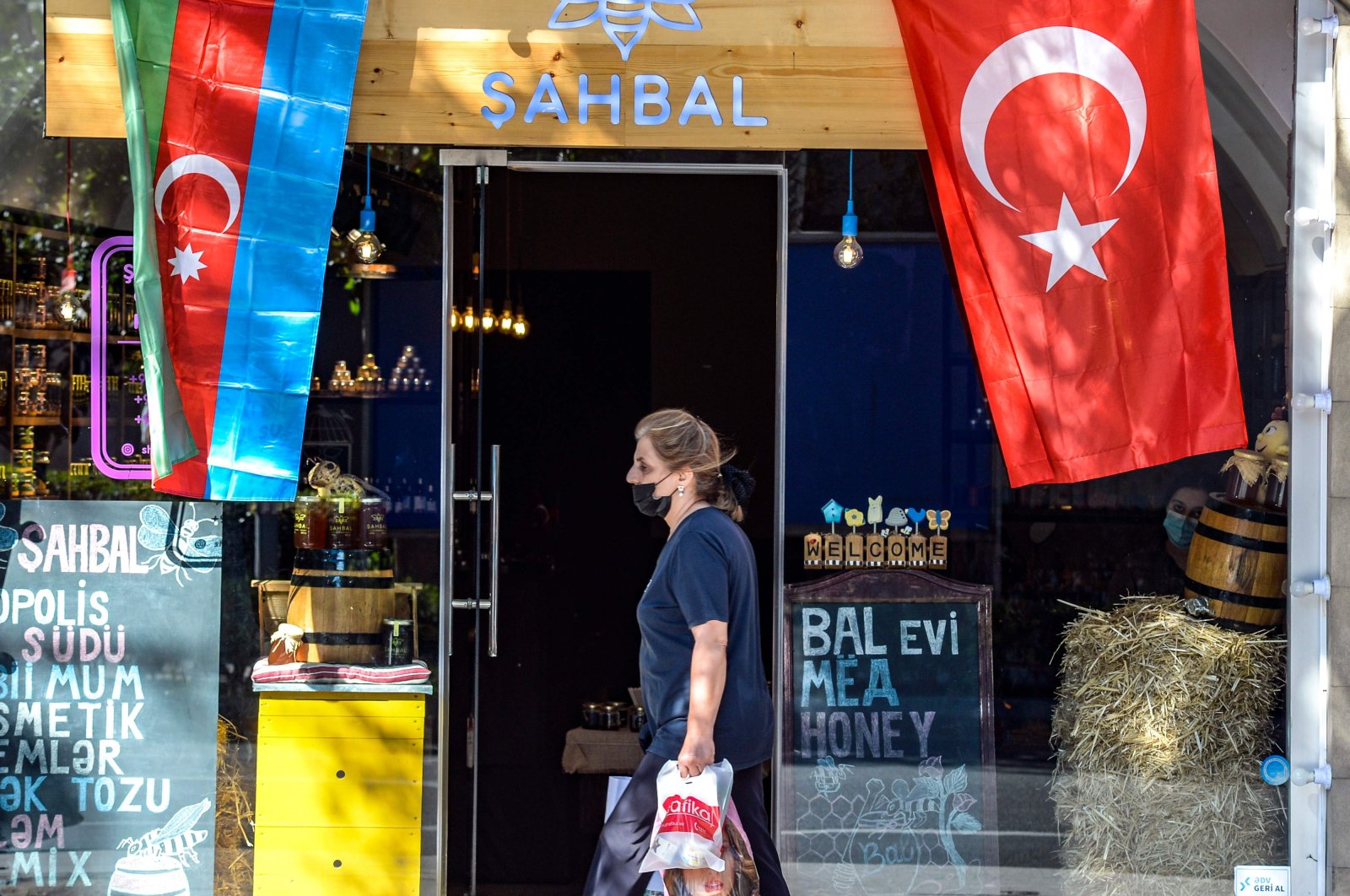 He says it could not have been a wiser investment.

Mammadov sells up to 100 of them a day in the second city of Ganja as fighting between Azerbaijanis and ethnic Armenians rumbles on in the mountains hovering on the horizon.

Sales have been especially brisk since the western Azerbaijani city was hit last weekend by a missile that killed 10 civilians in the middle of the night.

Strong pro-Turkish feelings have enveloped Azerbaijan since the latest bout of fighting broke out.

Azerbaijani President Ilham Aliyev has repeatedly thanked Turkey for the support that analysts have described as a game-changing factor in the current conflict.

"We are ready to give all kinds of support to our Azerbaijani brothers and we would do this again," President Recep Tayyip Erdoğan reaffirmed in a speech on Wednesday.

Turkey and Azerbaijan share only a sliver of a land border – between eastern Turkey and the Azerbaijani exclave of Nakhchivan.

But the two countries have strong cultural links and their people can understand each other's languages without interpreters.

The enthusiasm Azerbaijanis display for the Turks appears mutual: hundreds have been driving around Istanbul in organized rallies and flying the two Muslim nations' flags since the latest Nagorno-Karabakh hostilities resumed on Sept. 27.

The phrase "one nation, two countries" has become the mantra of top politicians in both countries in the past weeks.

"We express our gratitude to him. Turkish people are always with us."

Turkey is now pushing for four-way talks with the warring sides and Russia to finally resolve hostilities that have festered since the Soviet Union's collapse.

Armenia is resolutely against Turkey's involvement but Mammadov is all for it. "That is what we need," said the hardware store owner.

"Every time we hear that Turkey is supporting us, it lifts our spirits."

None of the civilians AFP has talked with on the Azerbaijani side of the conflict in the past week, however, have said they wanted Turkey to send in tanks or troops.

"We can win this," said pensioner Natiq Alizade while drinking tea on a veranda with his friends.

"We have defeated the Armenians before and we will defeat them again if they don't involve third parties," he said, a reference to Armenia's military ally Russia.

"No one was hearing our voice in that war," said the hardware store owner. "Our expectation from Turkey now is their moral support."

Nearby shop owner Alifsalam Aledinov said Azerbaijan expected Turkey to be "the first nation to stand at our side. The second one is Pakistan."

"We see President (Erdoğan) as our big brother," said the pensioner Alizade.

"We love him and all his statements make us hopeful. Because we know that tomorrow, with him, it will be a much better day."