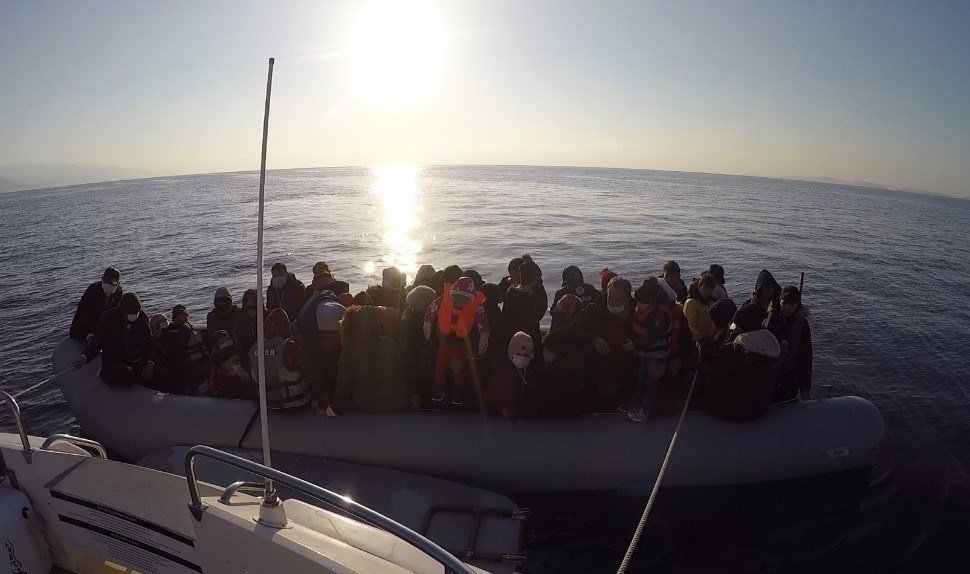 A total of 250 asylum seekers were rescued by the Turkish coast guard on Monday after being pushed back by Greek coastal authorities in the Aegean Sea in separate incidents.

The Turkish Coast Guard rescued eight asylum seekers off the coast of the Marmaris district in the southwestern Muğla province.

Another 44 asylum seekers in a plastic boat were rescued off the coast of the northwestern Çanakkale province.

In a separate operation, Turkey rescued 61 asylum seekers off the coast of the northwestern Balıkesir province while they were attempting to reach the island of Lesbos in a plastic boat.

Meanwhile, in three different operations, a total of 137 asylum seekers were rescued by Turkish coastal authorities off the coast of the western Izmir province.

Acting on a tip that a group of asylum seekers in three rubber boats had been spotted off Denizköy in the Dikili district, a Coast Guard Command patrol vessel was dispatched to the area.

Some 86 asylum seekers in rubber dinghies were brought ashore.

Another 23 asylum seekers in a rubber boat which was pushed back by Greek coast guard teams were rescued off Aslan Cape in Foça.

The asylum seekers, including women and children, were taken to the provincial migration authority after routine checks.

Turkey has repeatedly condemned Greece's illegal practice of pushing back asylum seekers, accusing the country of violating humanitarian values and international law by endangering the lives of vulnerable migrants, including women and children.